Fame before the fall: Kit Harington in bloody Doctor Faustus in 9 quotes

Home-Fame before the fall: Kit Harington in bloody Doctor Faustus in 9 quotes

Fame before the fall: Kit Harington in bloody Doctor Faustus in 9 quotes 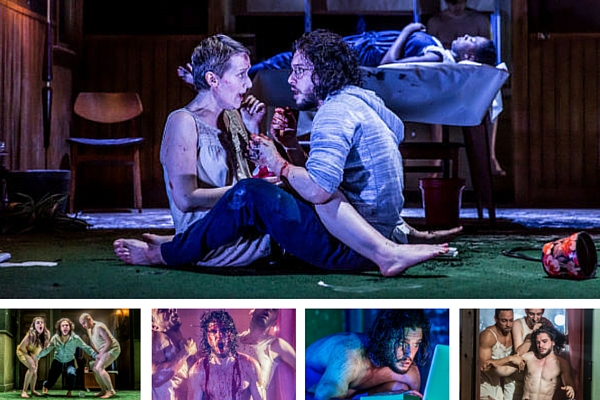 Kit Harington, Jenna Russell and the cast of Doctor Faustus at the Duke of York’s Theatre

The first thing you need to know about Jamie Lloyd’s new production of Doctor Faustus – apart from the fact that it stars Kit Harington (a.k.a. Jon Snow from TV’s Game of Thrones), which every Throner undoubtedly already knows – is that it is not for the squeamish.

There is A LOT of blood – yes, myriad slashings and splashings (stage blood suppliers Pigs Must Fly must be working overtime!)- but also vomiting, disembowelment, castration, defecation, rape, murder, necrophilia, not to mention an explicit evocation of the seven deadly sins. Oh and, nearly forgot, a point, where characters – literally – eat shit. (That was the point where my stomach really churned.)

Apart from glimpses of Kit Harington’s honed physique, there’s precious little beauty on display on Soutra Gilmour’s set, where hell is other, unwashed people devilling flea-bitten motel rooms in dirty underwear. (Jenna Russell‘s female Mephistopheles is particularly smeared and smutty – be sure to get back from the interval early to catch Jenna’s singing. On the night I attended, it was “Bat Out of Hell” – Meatloaf, take that!) 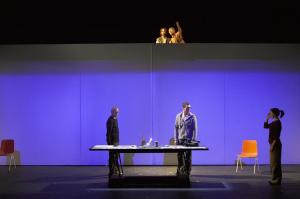 The second thing you need to know – if perhaps you haven’t seen a production of Doctor Faustus before – is that this is not what Christopher Marlowe wrote in 1604. The evening is topped and tailed with Marlowe’s own blank verse, but the middle is a thoroughly modern mélange, care of Irish playwright Colin Teevan.

Indeed, Teevan’s mash-up is nearly as radical as Rupert Goold and Ben Power’s 2006 Headlong re-imagining of the play, in which the story of the German doctor who sells his soul to the devil was juxtaposed with modern artists Chapman Brothers’ desecration of a Goya painting. In Teevan’s 21st-century take, Harington’s Faustus is a celebrity-obsessed, Derren Brown-David Copperfield-David Blaine wannabe, full of tricks, forever conjuring, forever partying with groupies and leading the likes of David Cameron, Barack Obama and Donald Trump (is that possible?) astray.

The price and emptiness of fame firmly established, Kit Harington is canny casting. He doesn’t have to prove his thespian chops – having started his career on stage in plays including War Horse and Posh – but he has since shot to superstardom as sullen hunk in TV fantasy drama Game of Thrones and the evidence of his celebrity (many, many ardent fans) is all around you on any given night at the Duke of York’s. In a further bit of clever marketing, the producers have timed the play’s West End opening with the UK premiere of the season six of the TV series (is Jon Snow dead or not? I have no idea – I must confess, I have never seen the programme).

Without wanting to give too much more away, here’s the evening boiled down into nine choice quotes. I’ll let you guess which ones owe more to Marlowe than Teevan…

1. “Hell hath no limits, nor is circumscribed In one self place, for where we are is hell, And where hell is must we ever be.” 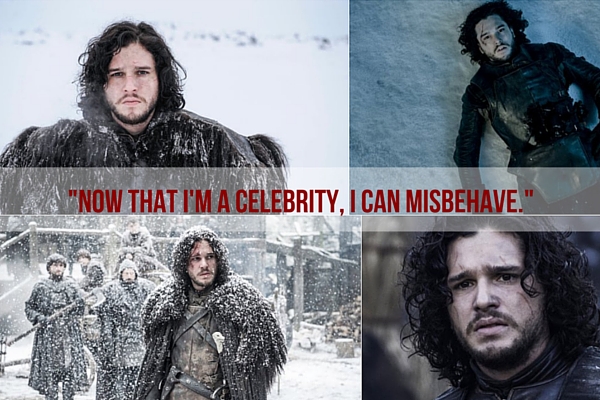 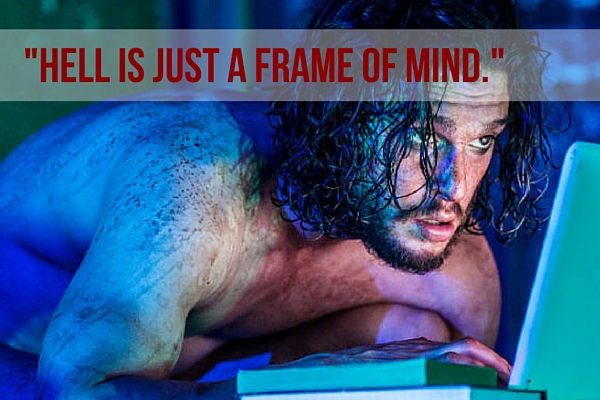 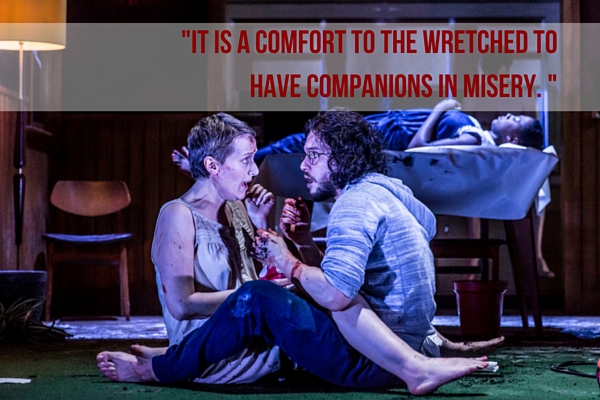 4. “It is a comfort to the wretched to have companions in misery” 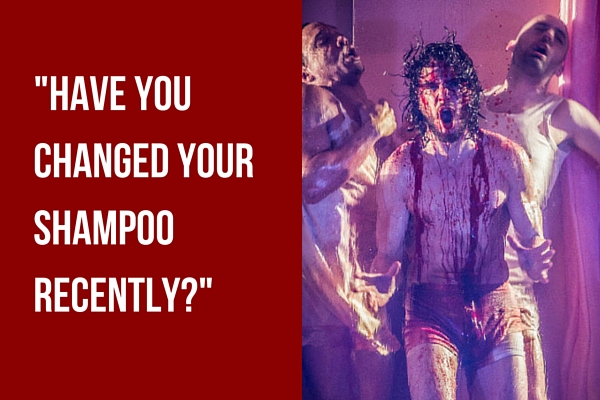 5. “Have you changed your shampoo recently?” 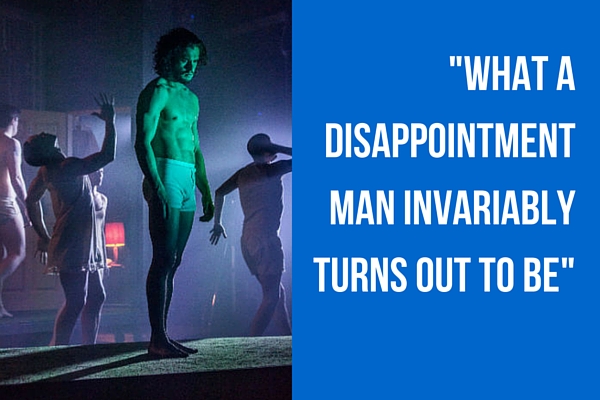 6. “What a disappointment man invariably turns out to be” 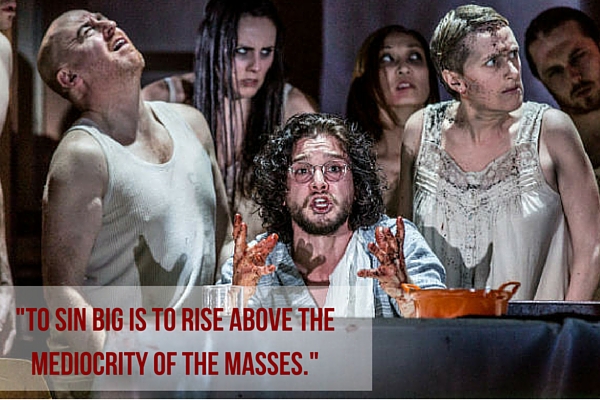 7. “To sin big is to rise above the mediocrity of the masses.” 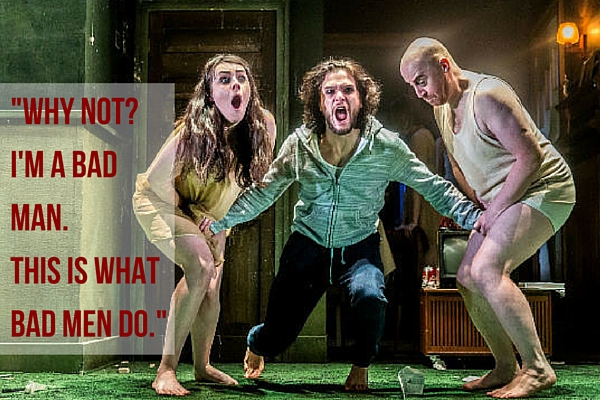 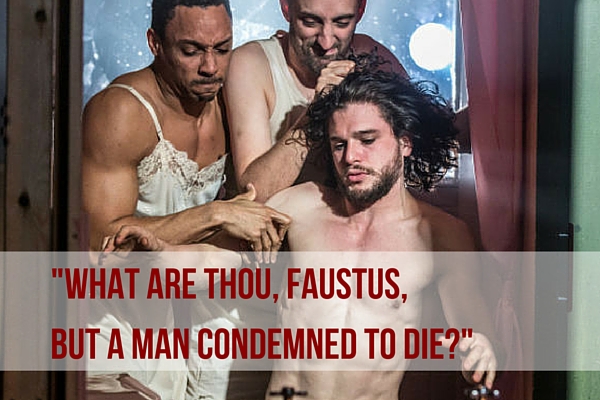 9. “What are thou, Faustus, but a man condemned to die?