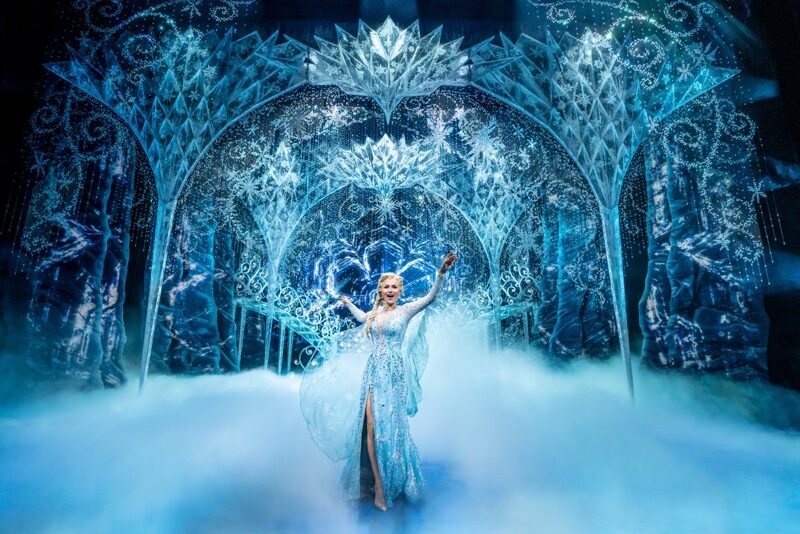 Samantha Barks as Elsa in Frozen

I don’t have children so the 2013 release of Disney’s animated film of Frozen largely passed me by. It wasn’t until a Christmas a couple of years later that I finally saw the film.

While staying with family in California, a couple with a young daughter came to the house. As her parents mingled in the room next door, the girl was plonked in front of the television with her favourite film, Frozen. The girl wasn’t old enough to form full sentences yet, but she knew the film inside-out, mirroring the characters’ gestures, miming their speech. When Let It Go started up, the toddler climbed onto the sofa, throwing her arms out wide and howling along at full pelt.

In the process of enjoying this adorable display, I also got sucked into the film and, rather than sharing eggnog with the adults, stayed to watch Frozen until the end with its Number 1 fan.

Fast-forward to today and, while London has had to wait a long time for Disney’s own screen-to-stage adaptation, its September arrival makes it feel as if Christmas has come early to the West End, with this show, wrapped up in the glorious opulence of the renovated Theatre Royal Drury Lane, the most perfectly packaged present.

I shudder to think how much money has been spent on this blockbuster. Whatever the amount, the evidence of how well it has been spent is there on the stage throughout.

There are loud gasps when Samantha Barks removes her gloves and lets rip with her freezing powers – lights shooting out across the stage to transform her surroundings from verdant to arctic in seconds. When she escapes to her ice palace and her dress magically alters in front of us, the audience goes wild.

Set and costume designer Christopher Oram and lighting designer Neil Austin deserve all the awards going for their latest effort with Michael Grandage, the biggest-budget culmination of the trio’s long-time collaboration since Grandage’s Sheffield Crucible and Donmar Warehouse days.

Grandage also draws engaging performances from his leading ladies – Barks’ regal and frosty Elsa and Stephanie McKeon’s naïve and goofy Anna. It’s nice to see such an unabashed sisterly love story take centre stage – though all of the performances run the risk of being upstaged by the foot-powered puppetry of Craig Gallivan’s adorable snowman Olaf.

I know that little girl from California – who won’t be quite so little now – would love this show. The audience was full of other little girls like her, dressed up in princess outfits, singing along and unleashing their energy back into collective excitement into the auditorium. It was exhilarating.

You don’t have to have a child, or be a child, for Frozen to melt your heart. Now, my only question is: how long before I give in and subscribe to Disney+ so I can watch Frozen II?

Frozen is at the West End’s Theatre Royal Drury Lane. 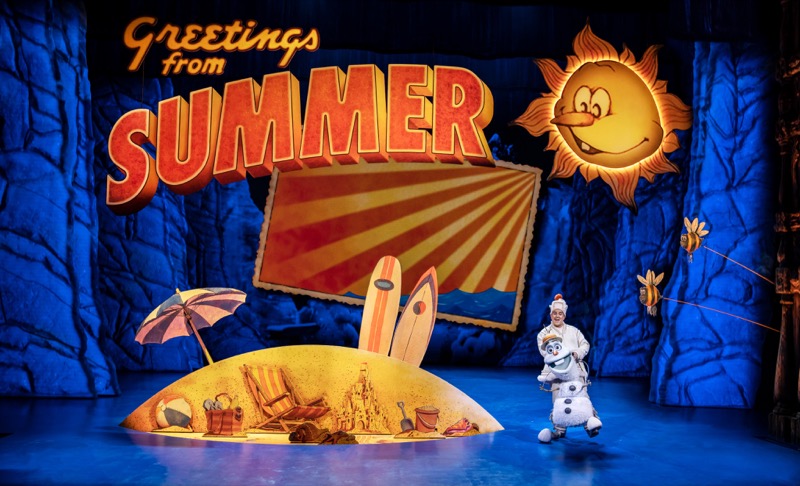 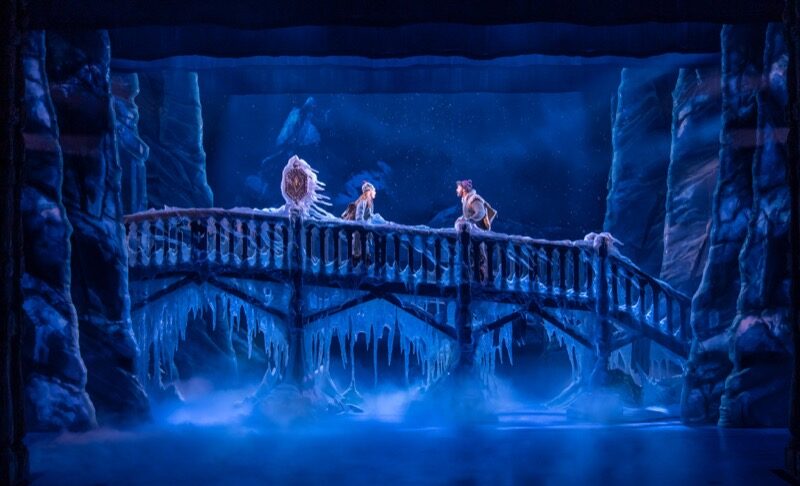 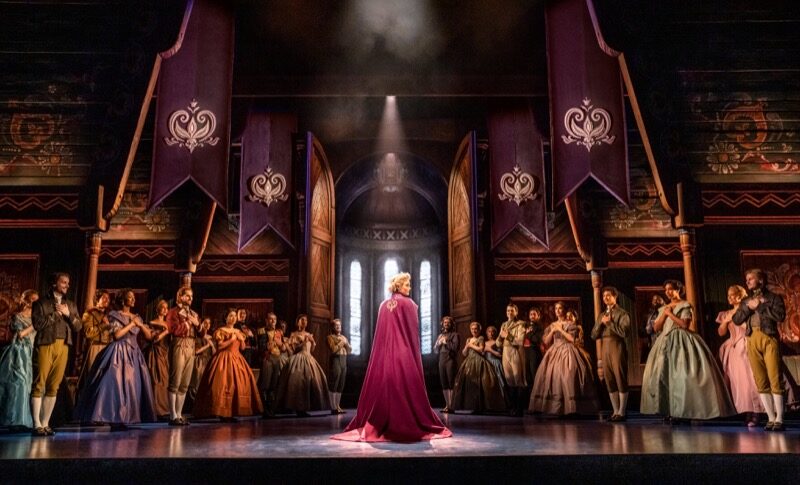 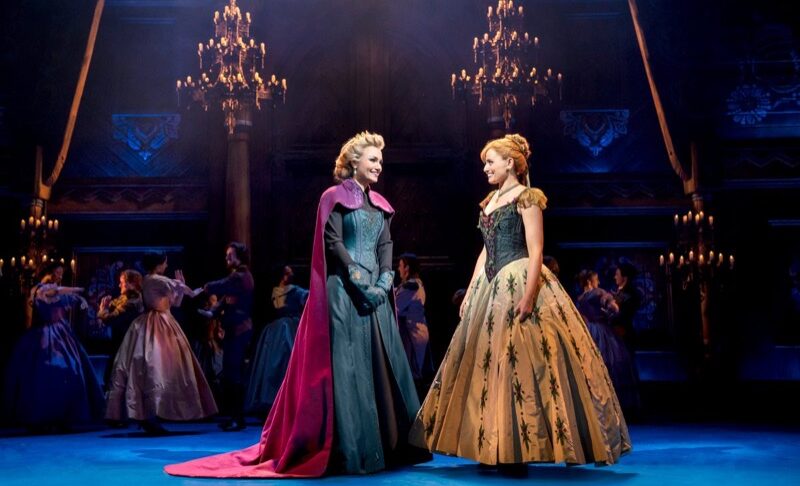 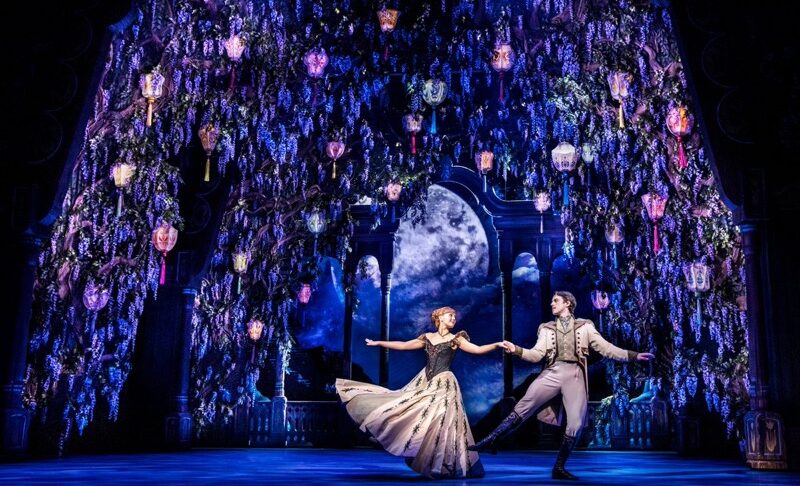 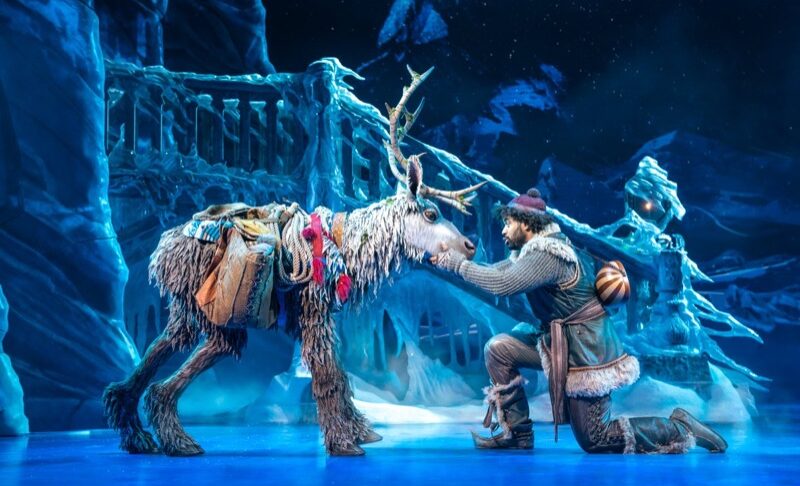 After jaw-dropping splendour onstage, even more magical to emerge to this. No one wanted to leave. Much dancing & singing in the street. #FrozenLondon pic.twitter.com/9PgPGuJW3P