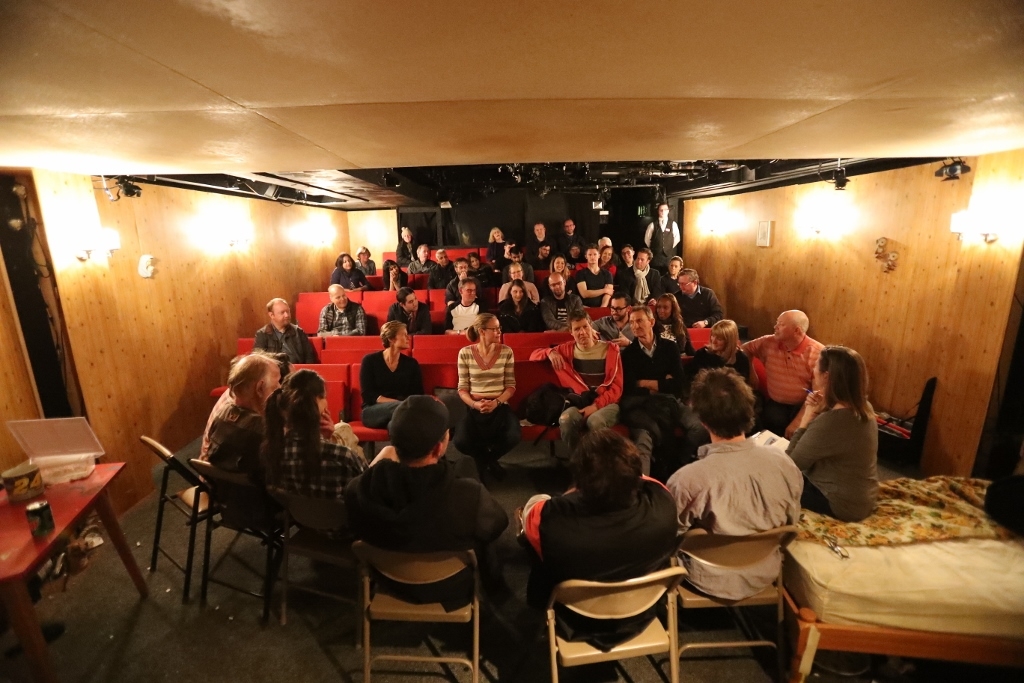 I had a hunch that this would be an especially amusing post-show Q&A and the company and audience of American hillbilly comedy Out There on Fried Meat Ridge Rd., now transferred to the West End’s Trafalgar Studios 2 for a limited season, did not disappoint.

After a sell-out performance last night, I was joined by the director Harry Burton, who first saw the play in Los Angeles and played a crucial role in bringing it and its author/star Keith Stevenson to the UK, as well as the full cast: Alex Ferns (who joined mid-way through rehearsals for the West End run – who a pro), Melanie Gray, Robert Moloney and Michael Wade, as well as Stevenson.

Things could not get any worse for Mitchell (Moloney), who just lost his girlfriend, his apartment, and his job. With nowhere to go, he answers an ad for a roommate and finds himself in a West Virginia countryside motel with JD (Stevenson), an affable hillbilly of mysterious origins. Soon JD’s neighbours – curmudgeonly Flip (Wade), meth-head Marlene (Gray), and her hot-headed boyfriend Tommy (Ferns) – have all but taken over the tiny room. When the zany group find themselves in a hostage situation, Mitchell must decide to save himself or join this dysfunctional family and let his freak-flag fly.

Stevenson hails from Keyser in West Virginia – the hometown of the actual Fried Meat Ridge Road. On the show’s immersive motel room set (yes, this is the first Q&A I’ve conducted on a bed!), designed by Simon Scullion as the first end-on production in Trafalgar 2, we talked about that, the power of kindness, Fried Meat sequels, why Mountain Dew is illegal in the UK, what JD stands for and gender role-swapping among much else and much laughter.

Out There on Fried Meat Ridge Rd. continues at Trafalgar Studios 2 until 3 June 2017. 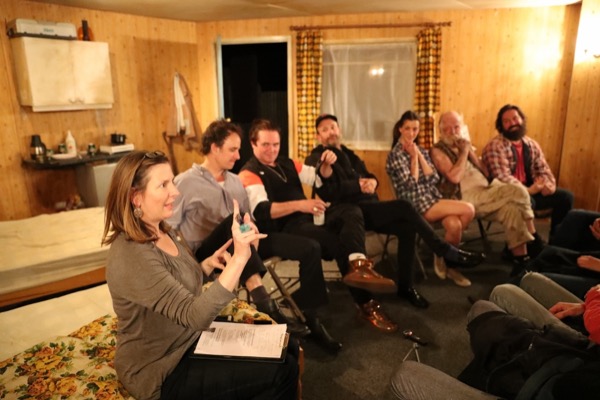 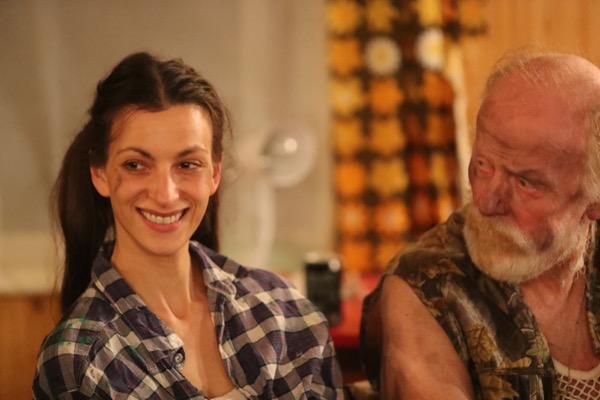 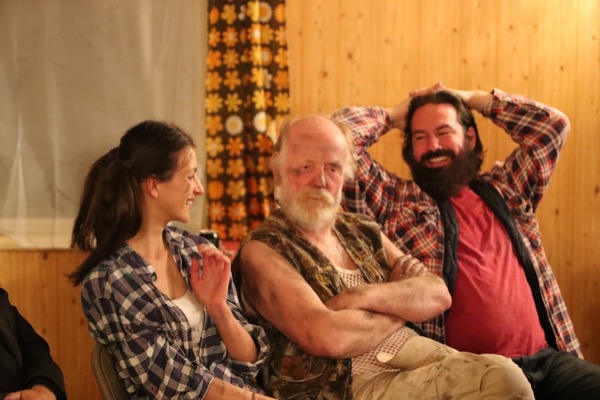 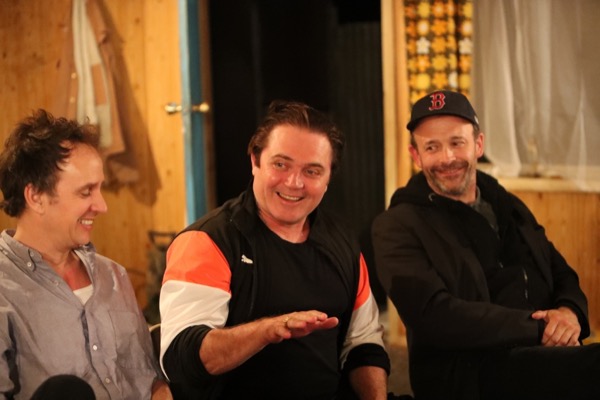 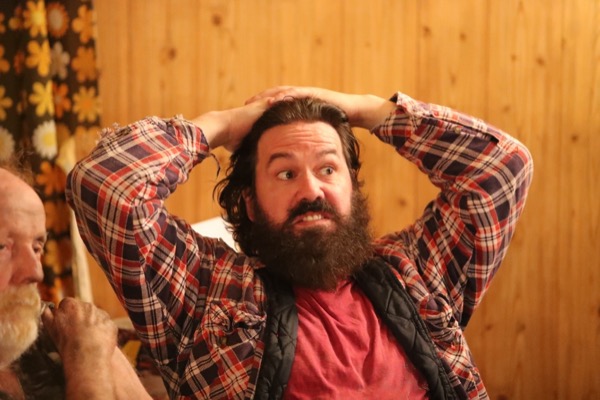 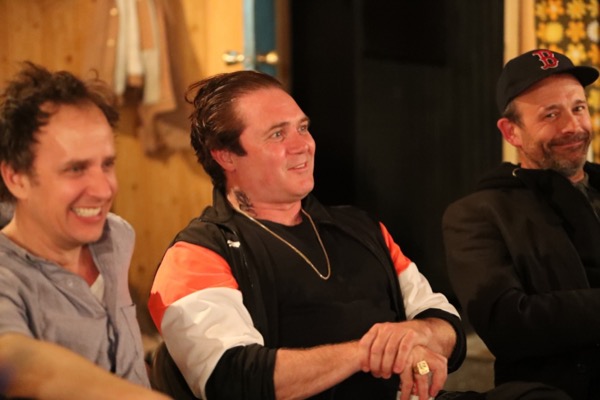 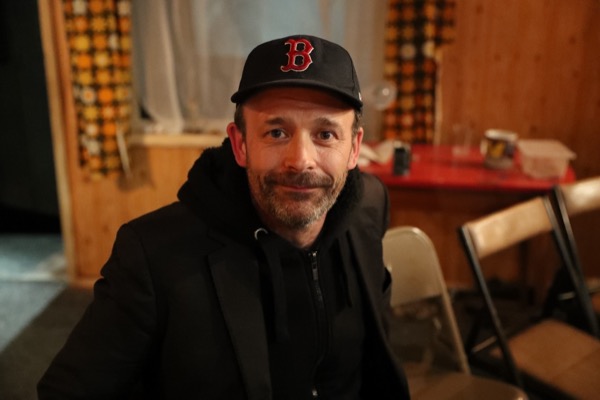 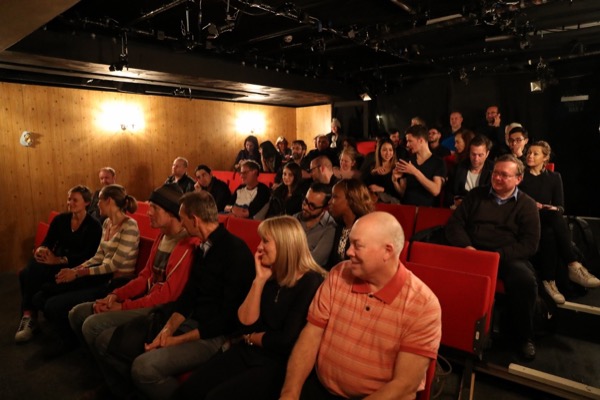 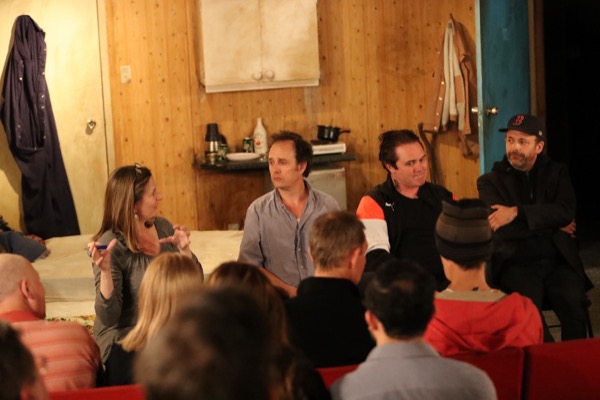 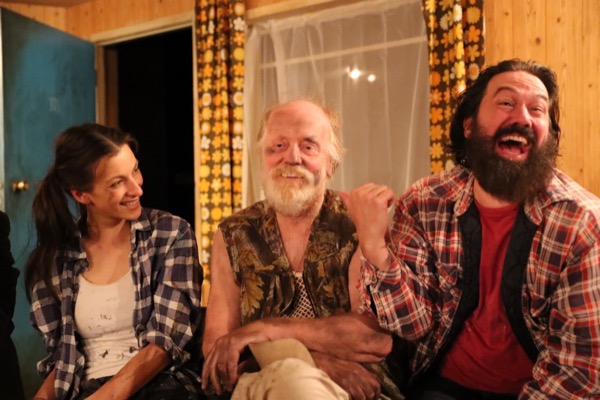 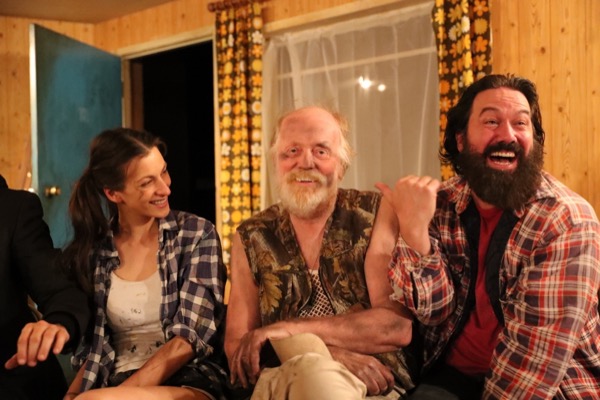 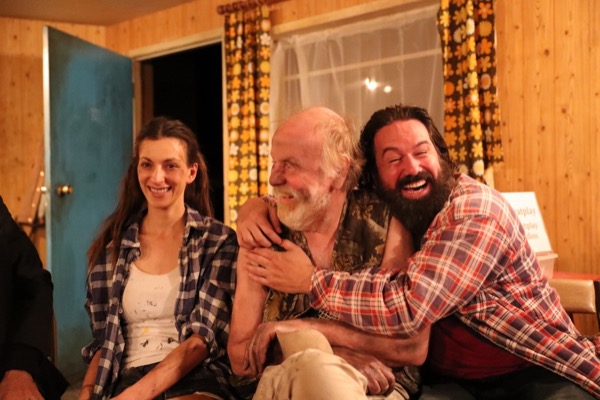 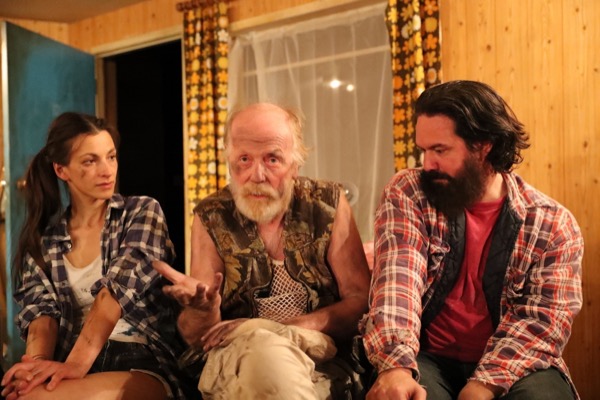 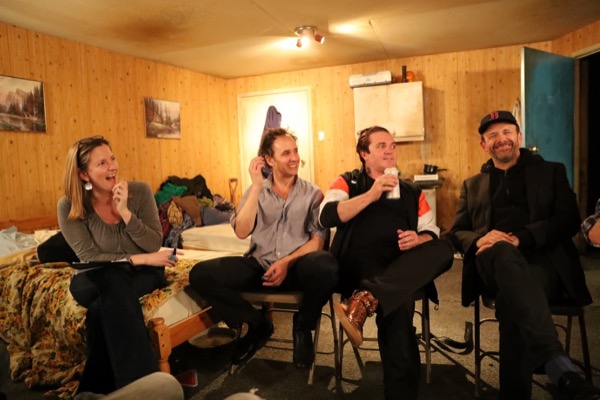 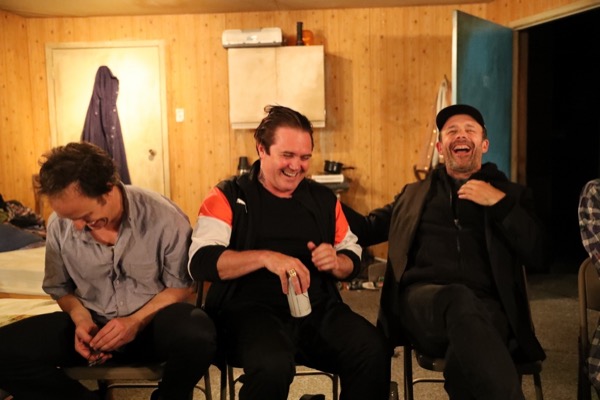 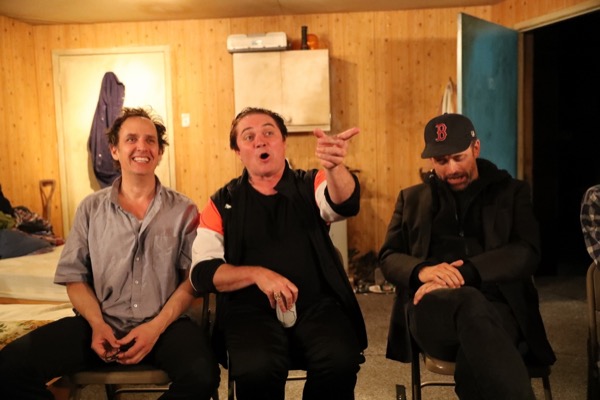 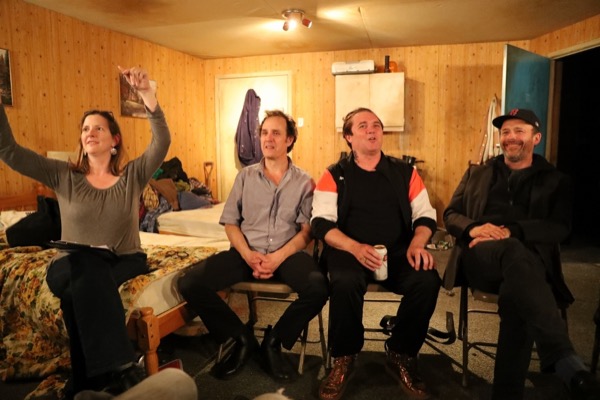 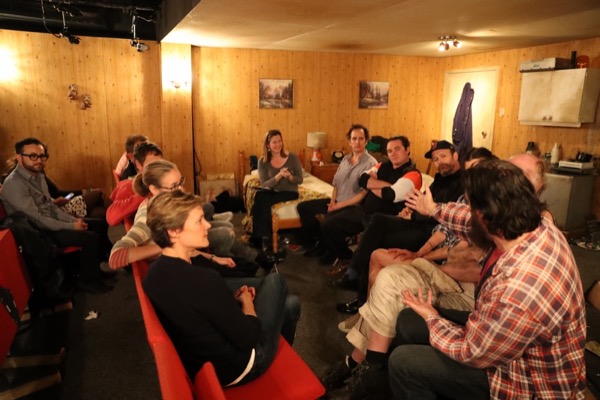 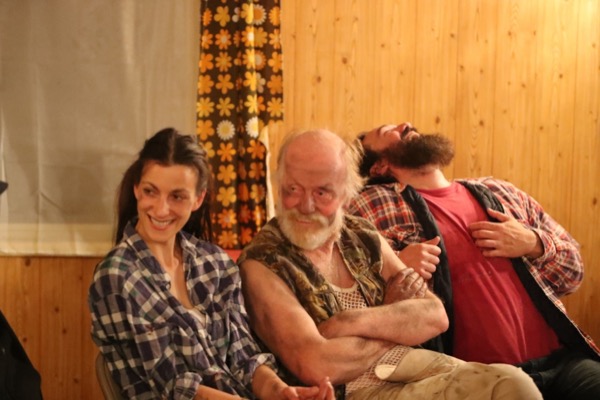 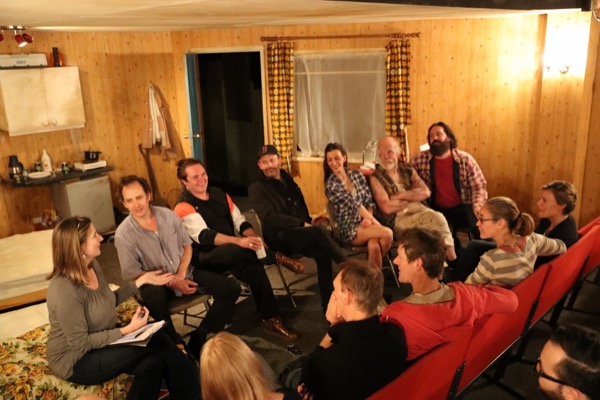 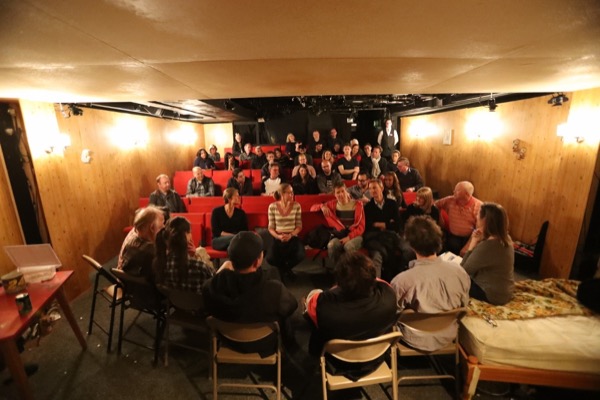