Flashbang post-show video and photos: Celebrating life in the wake of shock and tragedy

Home-Flashbang post-show video and photos: Celebrating life in the wake of shock and tragedy

Flashbang post-show video and photos: Celebrating life in the wake of shock and tragedy 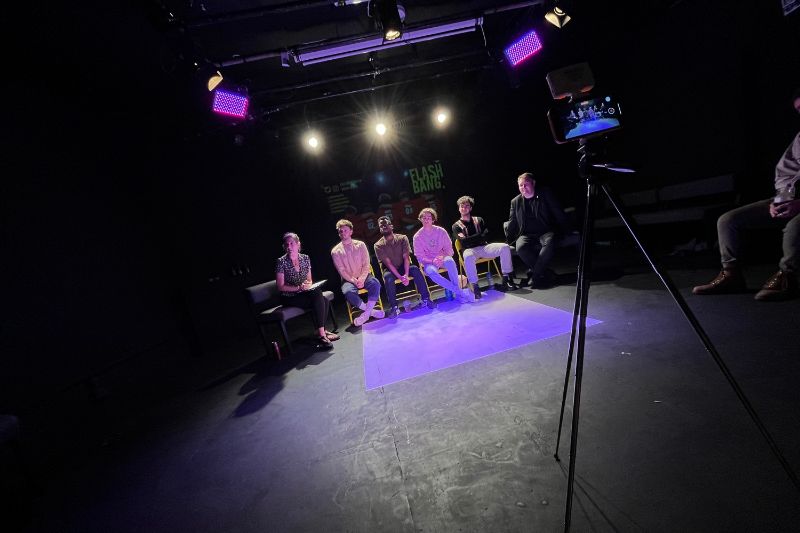 The death of Queen Elizabeth II was announced just before my arrival at the Lion & Unicorn Theatre. Like the rest of the country, the theatre staff had been braced for the sad news. So the world premiere of Proforca’s Flashbang was preceded by a public address and collective silence.

And, indeed, the shared grief was in many ways suitable for the latest play by James Lewis that unfolded before us over the next 75 minutes. In Flashbang, Ryan and his mates are grappling with their own tragedy, the shocking loss of one of their own.

Ryan is played by Sam Kacher, with his co-stars Emmanuel Olusanya, Henry Brackenridge and Fred Wardale also voicing aspects of Ryan’s inner narration, as well as playing his Jason, Andy and Deano. Four young men who, with their absent fifth Mikey, chose to stay in their small English town, not escaping like those “London people”, enjoying their weekly rituals of work and nights out, never expecting to change the world. Until the night their world changed.

After the press night performance, I was joined by the cast as well as David Brady, artistic director of Proforca Theatre company and its home at the Lion & Unicorn Theatre, to discuss the rehearsal process, ways into character, the nature of male friendship and more.

The discussion was then opened up to spotlight many of the Lion & Unicorn’s associate artists in the audience, who talked about the wide array of diverse and exciting new work coming up at the Kentish Town venue’s new autumn season. Companies involved include Fight or Flight, Hooked Theatre, Fantastic Garlands, Lady Garden, Tiny Theatre, Moon Loaf, 13 Months Theatre and Little Town Blue.

A wonderful night. And the overriding message of both Flashbang and the evening is one that I’m certain the Queen would have fully supported: we must celebrate life, both the lives lived and lost, and the lives still to be lived and found. 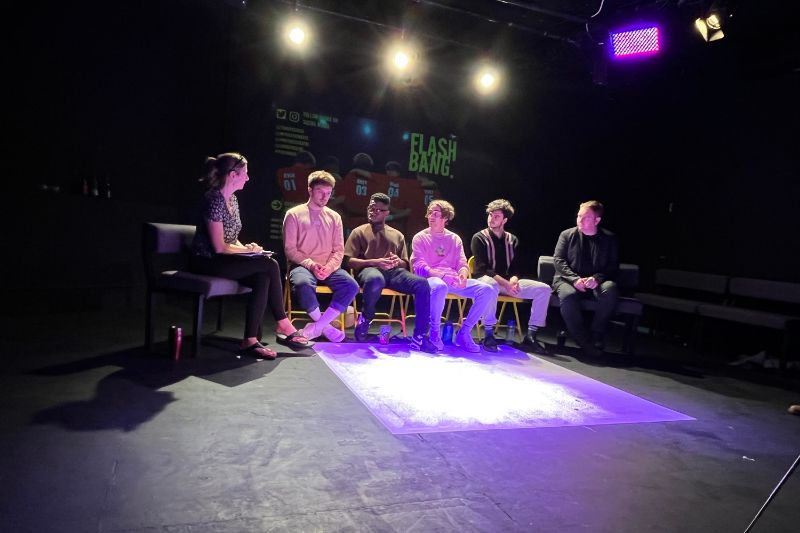 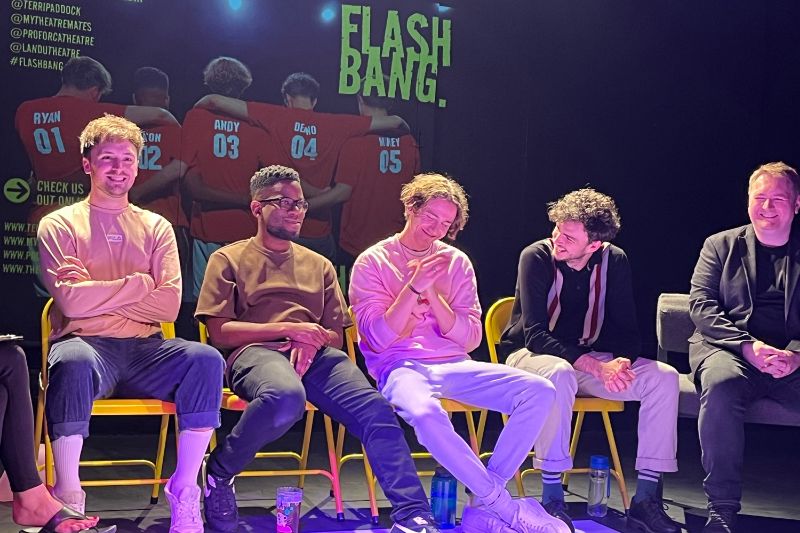 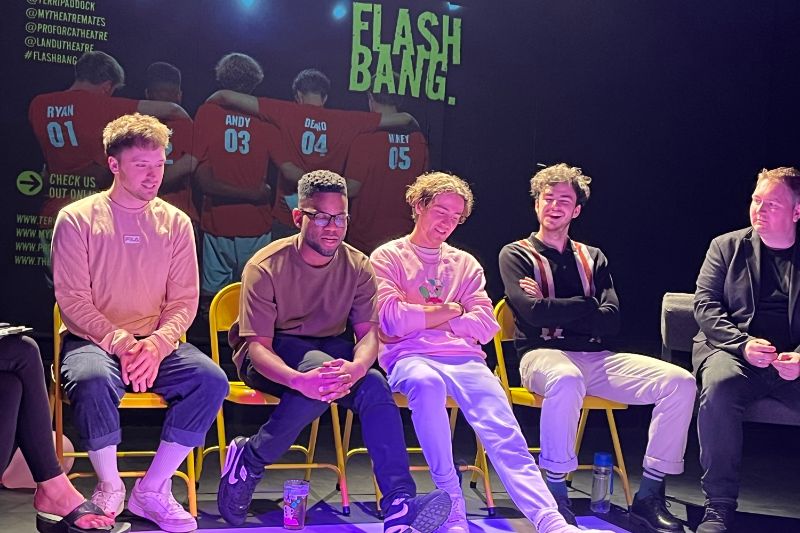 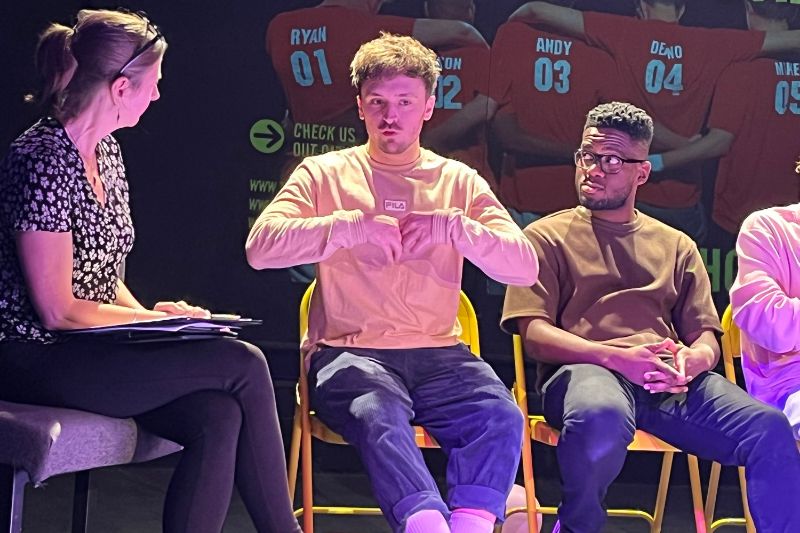 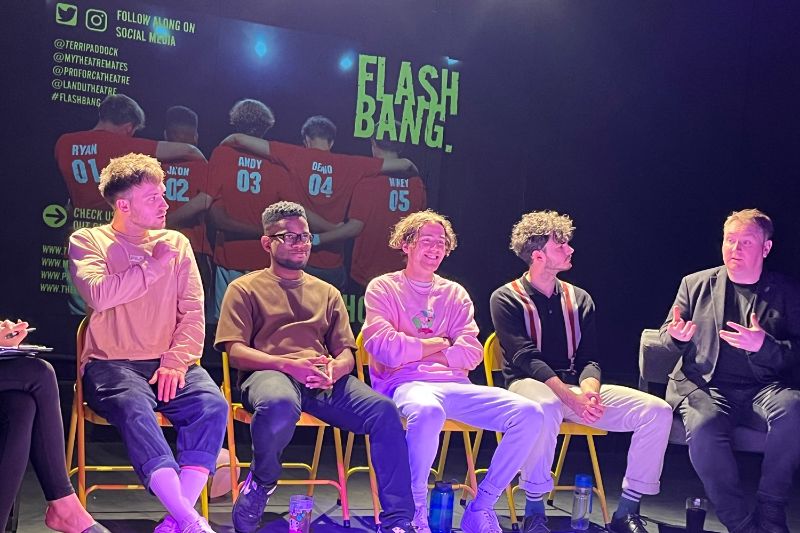 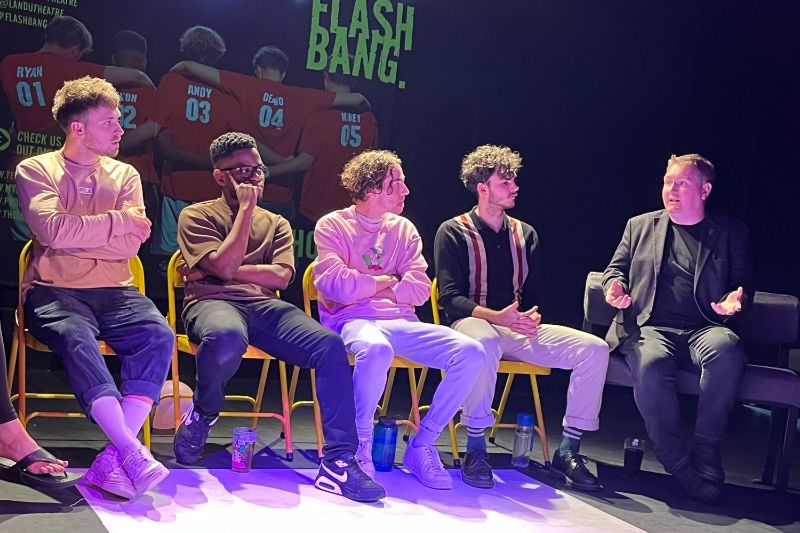 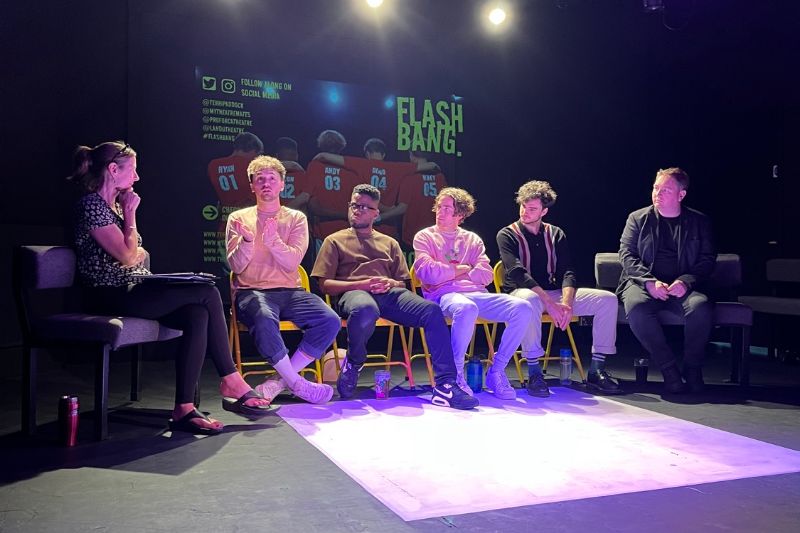 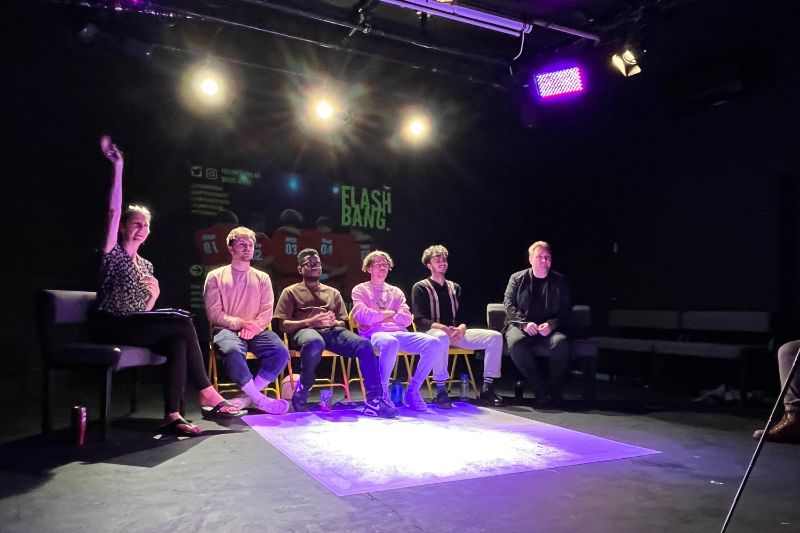 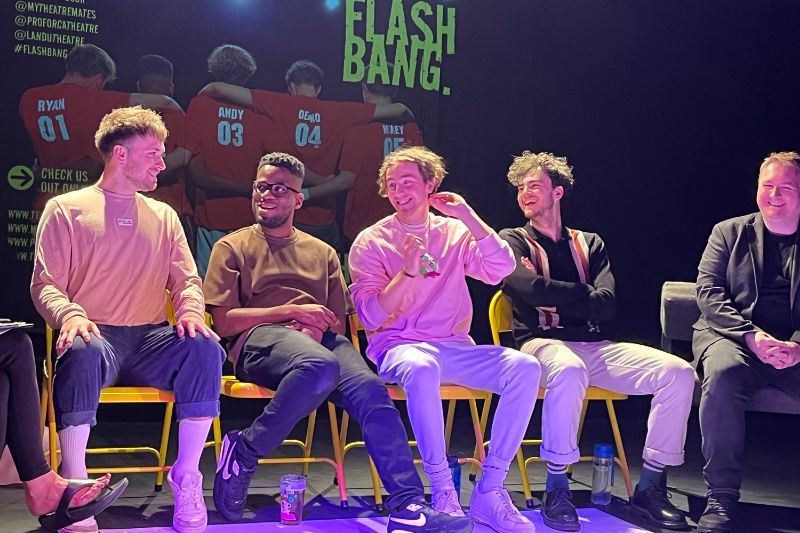 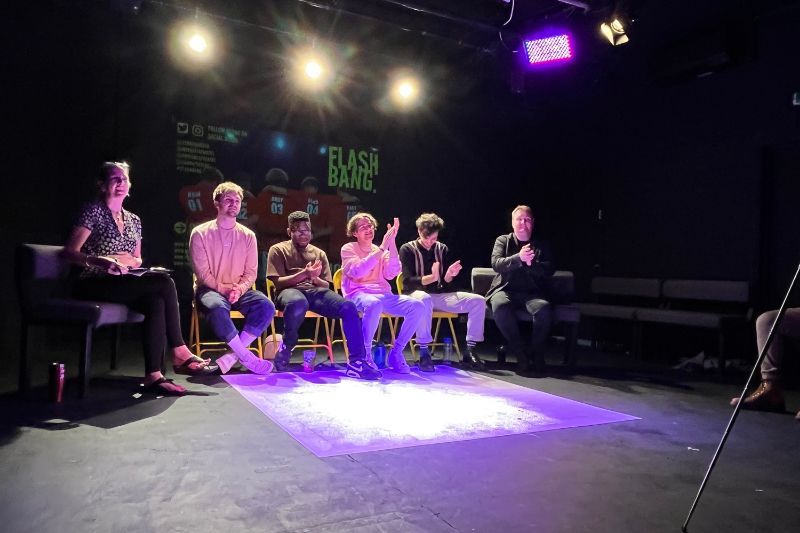 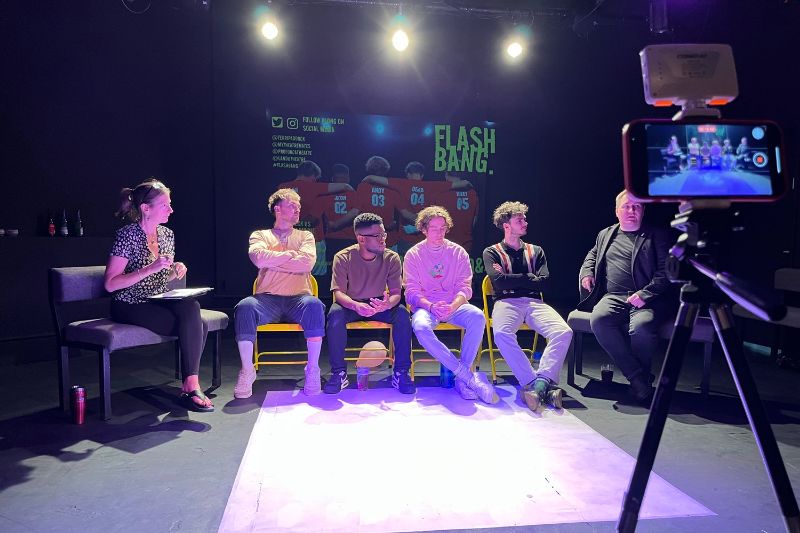 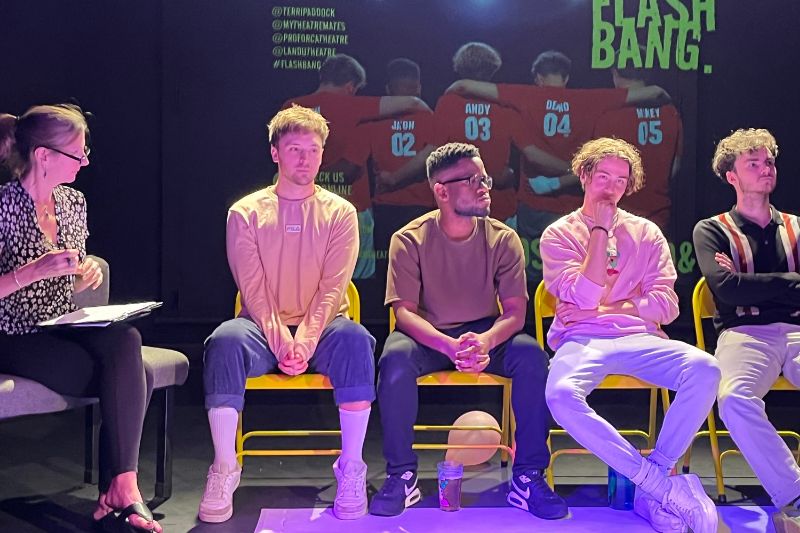 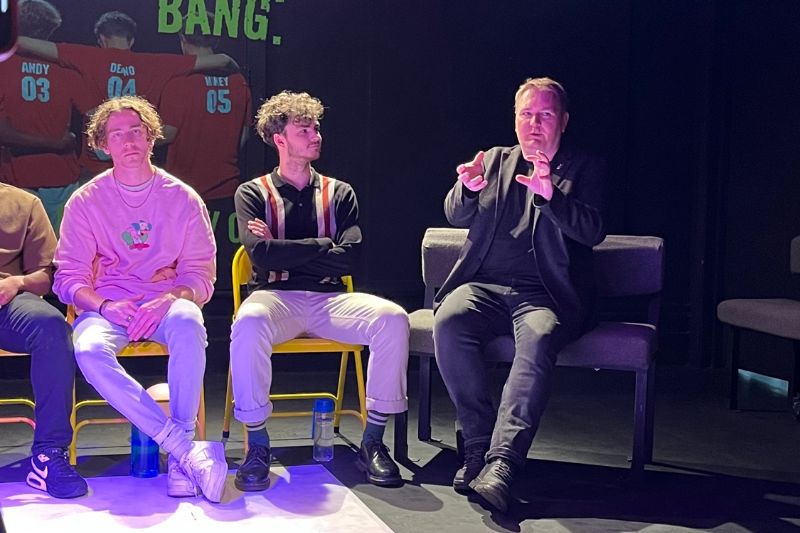 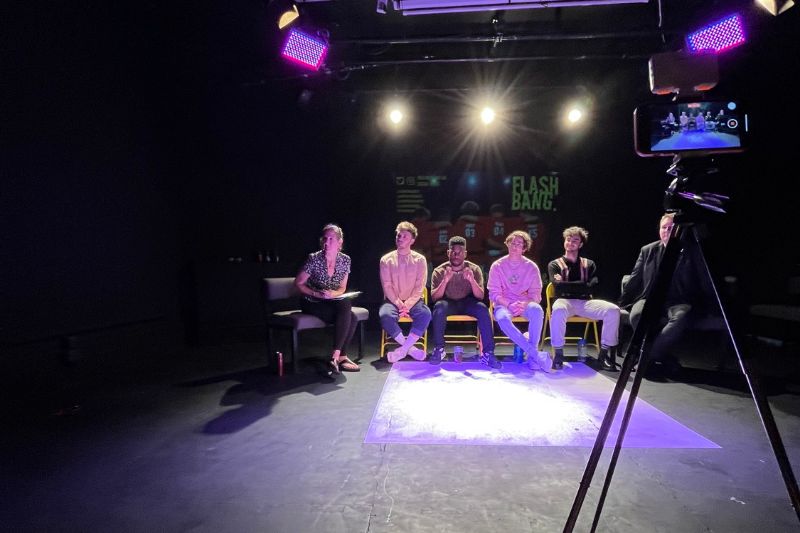 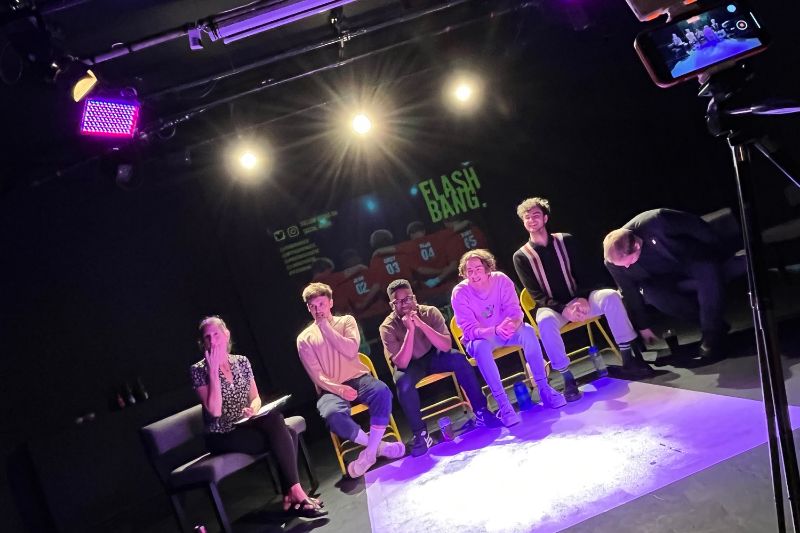 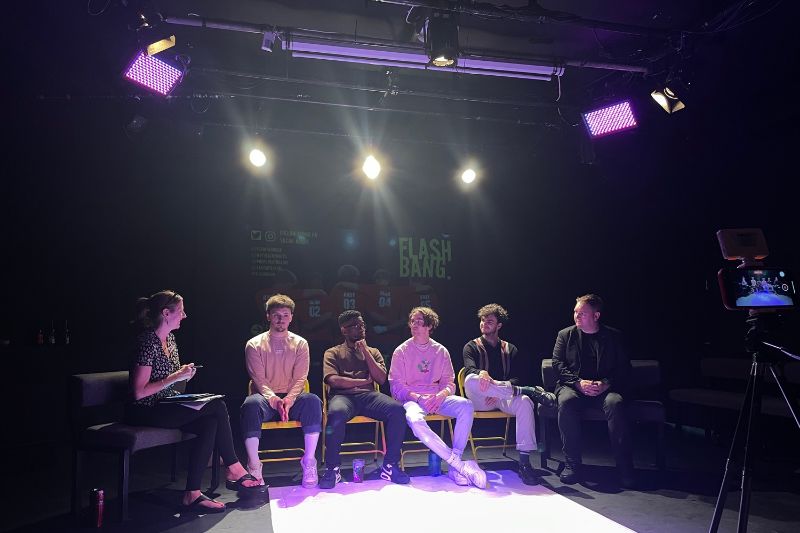 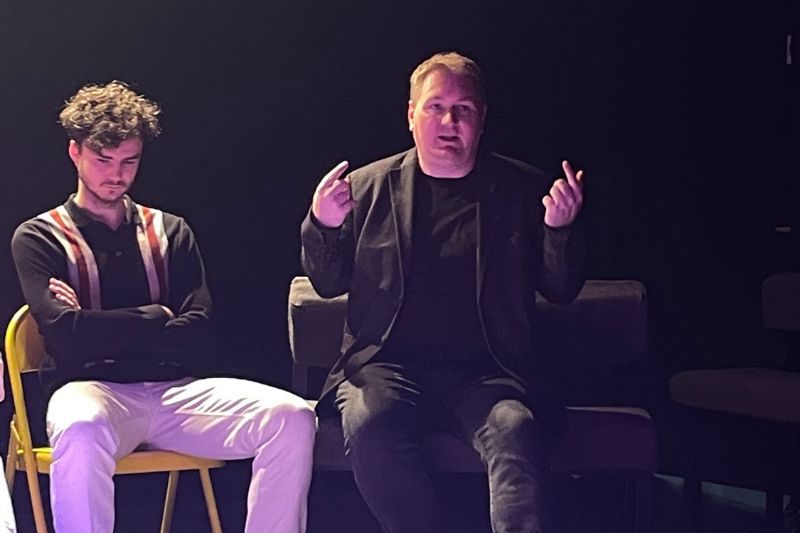 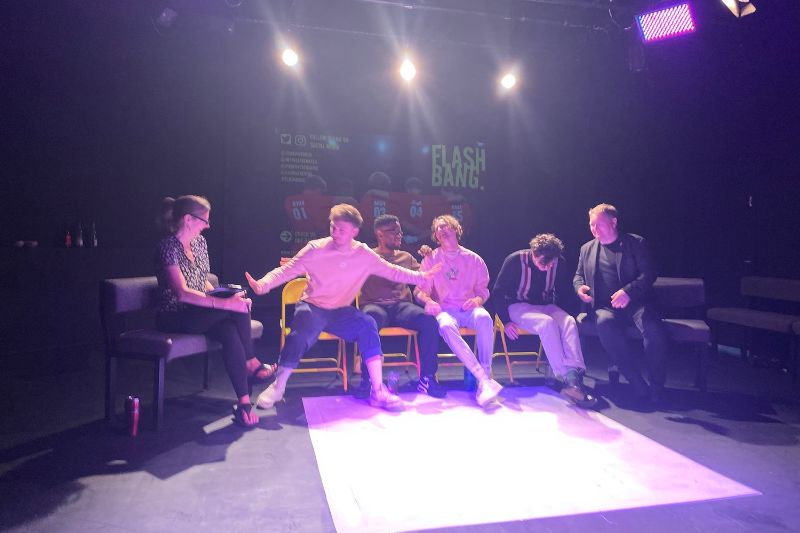 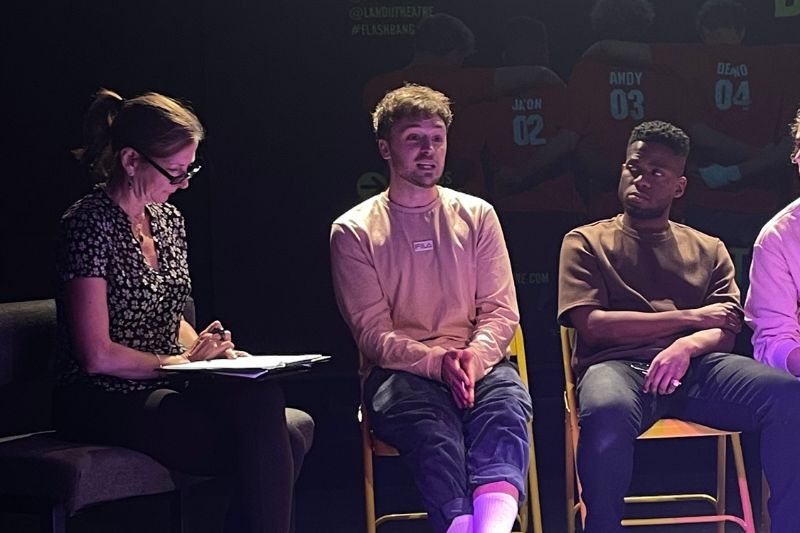 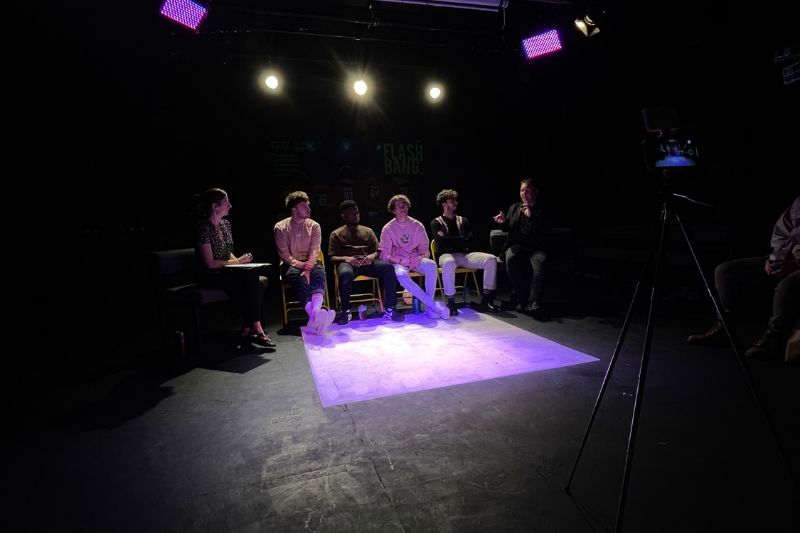 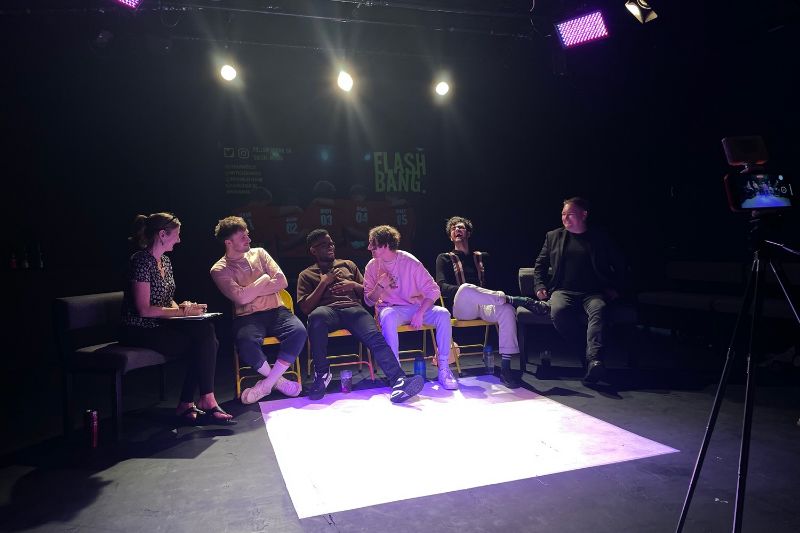 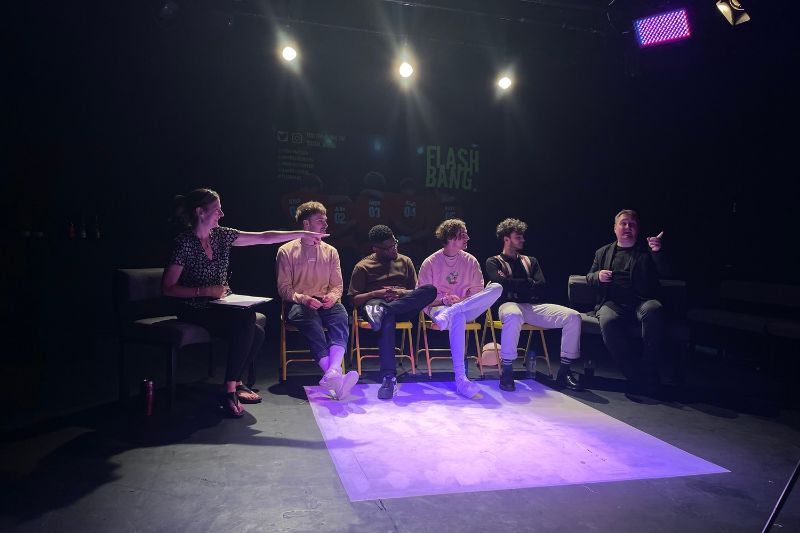 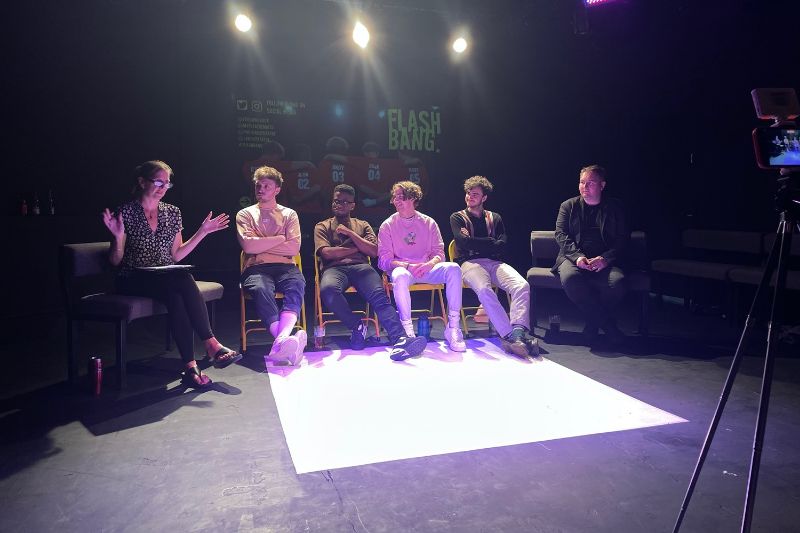 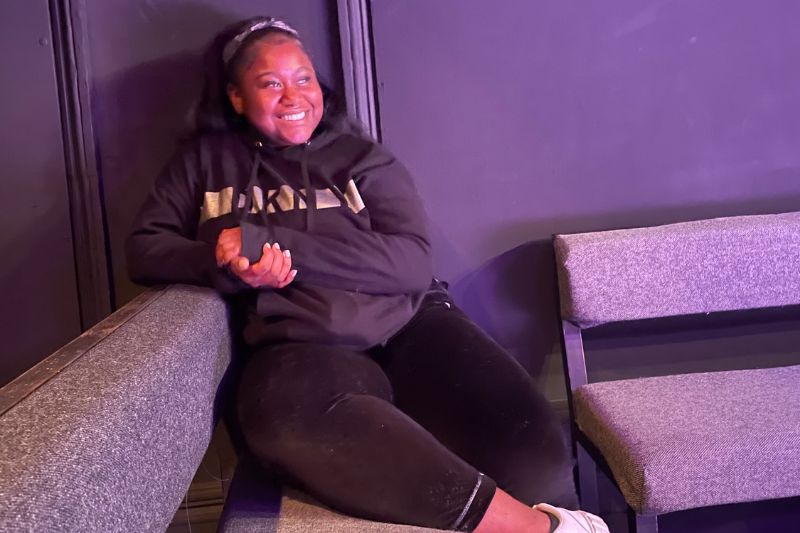 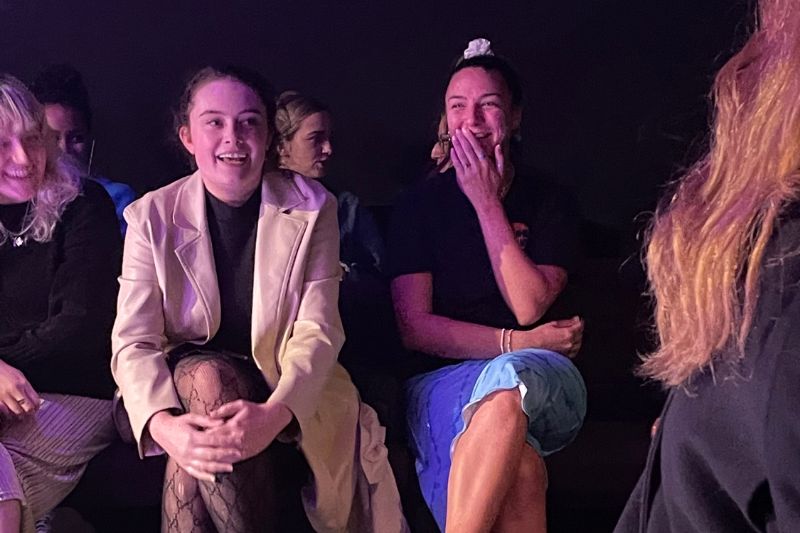 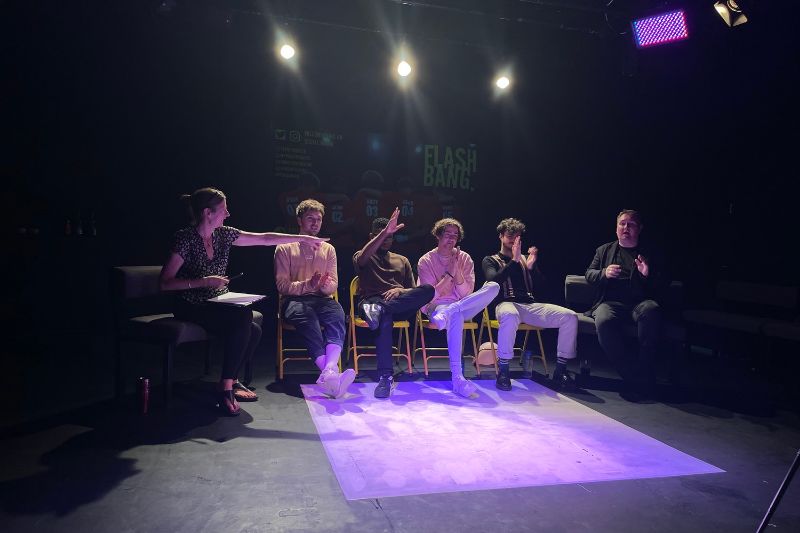