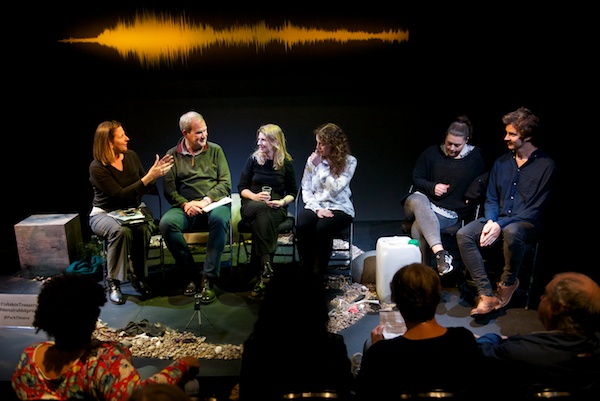 Inspired in part by the local folk tale of the Wild Man of Orford, found by fisherman, the play comprises a trio of hauntingly interwoven monologues, telling three loners’ stories, all of which take place in Orford Ness, a shingle spit on the Suffolk coast, at three different points in time: the 12th century, 1973 and 2003. The sea, in combination with this mysterious coastline and its aural anomalies, acts as a type of ever-present fourth character in the three-hander, pushing and pulling, guiding actions and motivations.

For the post-show Q&A that I hosted at last Thursday’s performance of Fishskin Trousers at the Park Theatre, in addition to Elizabeth Kuti and the cast, we were joined by Jules Pretty OBE, who has written extensively about the Suffolk coast, including in The Luminous Coast and his most book The East Country, and is Professor of the Environment at the University of Essex. Jules opened our discussion by painting his own picture of this “landscape of mystery”, a snippet of which you can listen to below.

Now a National Trust nature reserve, gradually being eroded by the encroaching sea, Orford Ness is divided from the mainland by the River Alde. In the 20th century, it became an important scientific site – early experiments in long-range radar were held here in the 1930s, later it was used for environmental testing by the Atomic Weapons Research Establishment (when distinctive ‘pagodas’ built on the beach for the tests) and for military radar tests. (See photos of the landscape in Jules Pretty‘s tweets below.)

From 1982 to 2011, it was home to a key transmitting station for the BBC World Service. Today, access is strictly controlled – due to both the fragility of the vegetated shingle habitat but also the possibility of unexploded military devices.

Fishskin Trousers was first seen in 2013 at the RADA Festival and then at London’s Finborough Theatre, and is reprised now at the Park Theatre with the original cast – Jessica Carroll, Brett Brown and Eva Traynor – who helped develop the piece with Elizabeth and her director-husband Robert Price.

They also shared their stories of Orford Ness, having visited during research trips and again for a special staging of the play in the town of Orford – when the town’s church bell tolled unscheduled but as if, spookily, on cue after a line in the play asking about a bell tolling! 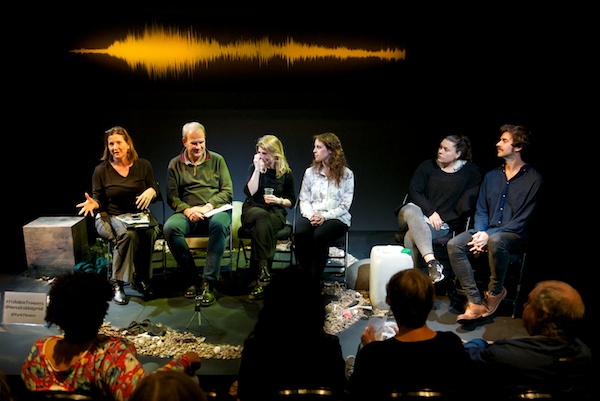 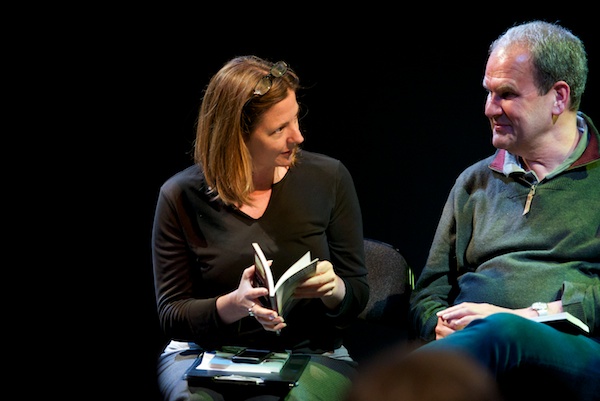 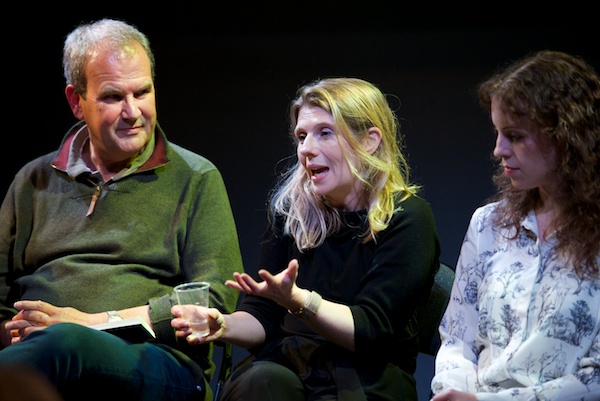 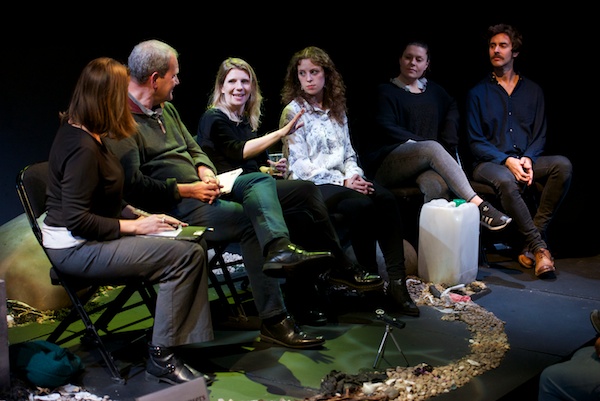 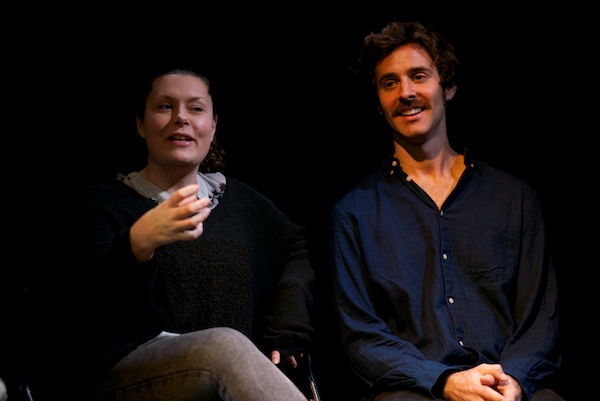 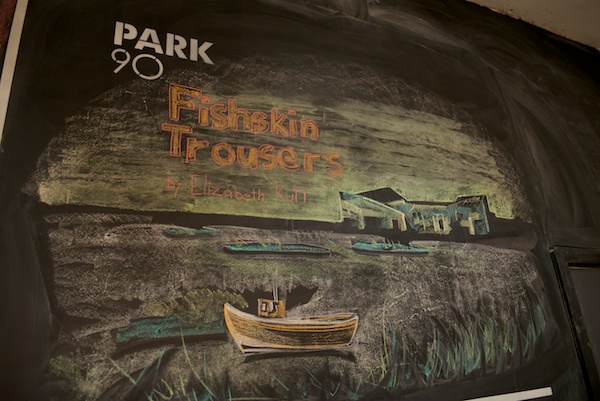