Fanatical Q&A video and photos: How & when did sci-fi geekery became so cool?

Home-Fanatical Q&A video and photos: How & when did sci-fi geekery became so cool?

Fanatical Q&A video and photos: How & when did sci-fi geekery became so cool? 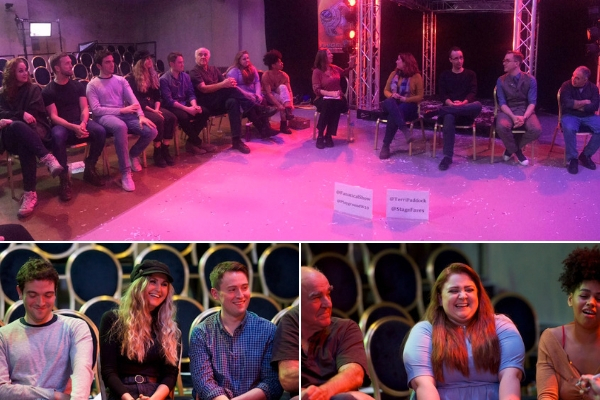 My post-show talk for Fanatical at London’s Playground Theatre

One of my favourite reviews of Fanatical, the new British musical currently receiving its world premiere season at London’s Playground Theatre, opines: “It will remind you why you love whatever it is that you’re a fan of”.

This warm, big-hearted, unashamedly geeky show is indeed “a love letter to fandom”, and at last night’s post-show Q&A with cast, creatives and an audience stuffed full of fans of various stripes, we savoured and celebrated the fanboys and girls in all of us.

Fanatical was originally conceived by Matt Board (music and lyrics) and Reina Hardy (book) more than ten years ago, as they mourned the cancellation after just one season of Firefly, the American space Western drama series written by Buffy the Vampire Slayer‘s Joss Whedon. 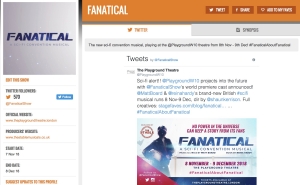 Get all social media for FANATICAL & its cast at www.stagefaves.com

An incredible, transatlantic development journey followed with various workshops in Chicago (where Reina lives) and London, and with The Stable producer Neil Marcus picking up the project four years ago after discovering Matt’s first three songs for the show through the ‘Search for a Twitter Composer’ competition.

In Fanatical, the hit comic book Angel 8, which follows the ragtag crew of a cargo spaceship in a distant galaxy, has won legions of new fans after being turned into a television series. In a conference centre in England, a misfit collection of fans gather for Angel 8’s first-ever official sci-fi convention. But the series’ reclusive author Scott Furnish announces some devastating news as part of the convention keynote speech…

For the post-show Q&A, I was joined by them as well as composer/lyricist Matt Board (with Reina Hardy following via Twitter from Chicago), director Grace Taylor, designer PJ McEvoy and producer Neil Marcus.

I was also delighted to have my StageFaves colleague Perry O’Bree in the audience. Perry pitched in with a great question – what word sums up being a fan? – which the actors and creatives answered while also sharing what brings out the fan in each of them. Amazing responses!

By the way, can you imagine a more perfect place to stage a musical set at a sci-fi convention than… a sci-fi convention? We had offers from an organiser in the audience last night. You heard it here first. Watch this space for more news on that.

And in the meantime, watch the full Q&A discussion below. 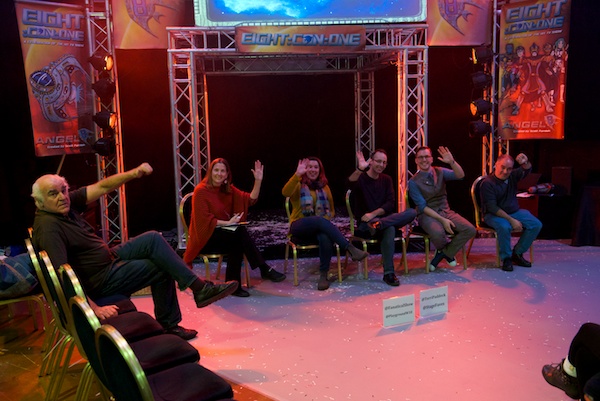 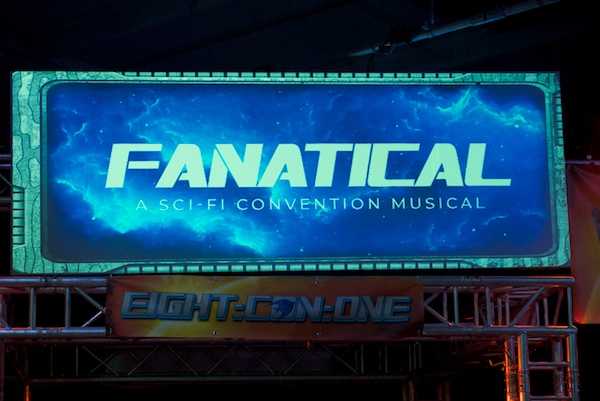 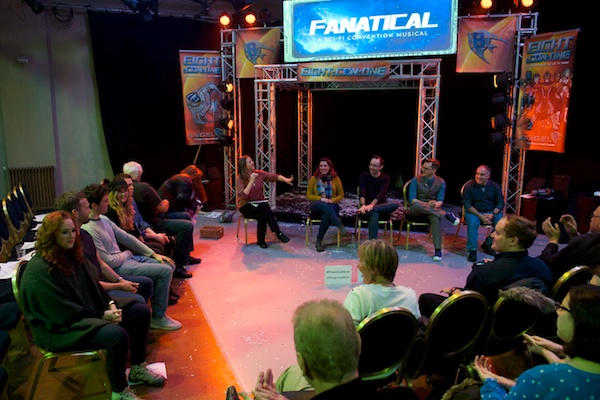 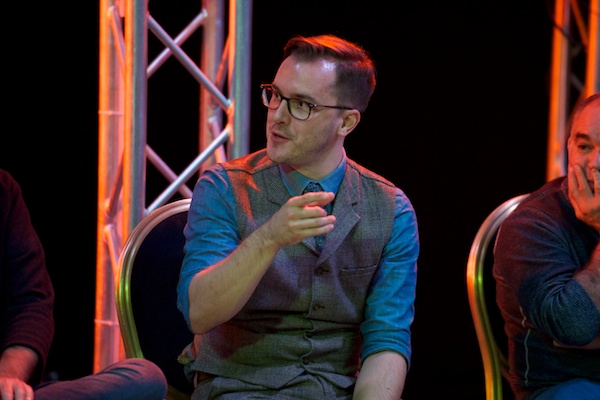 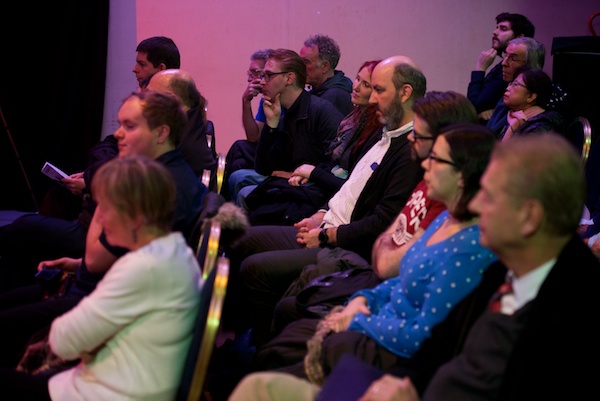 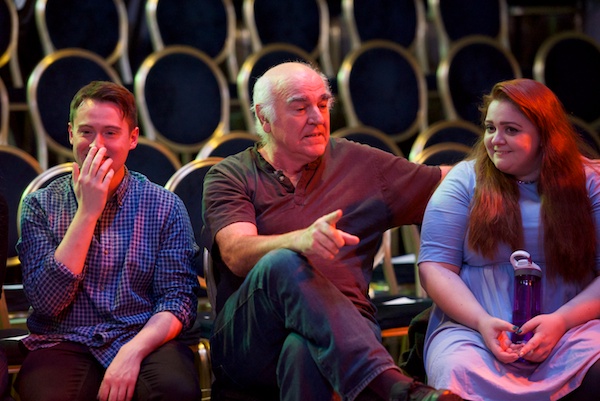 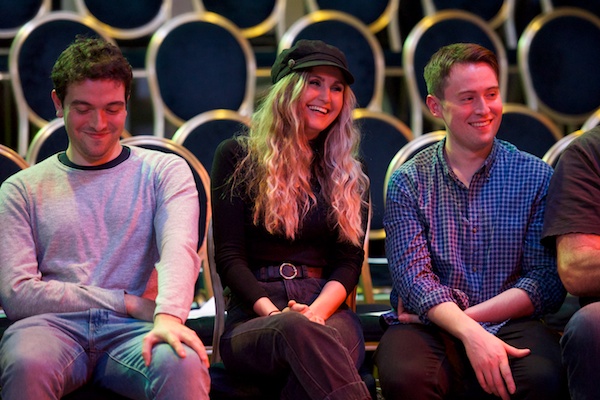 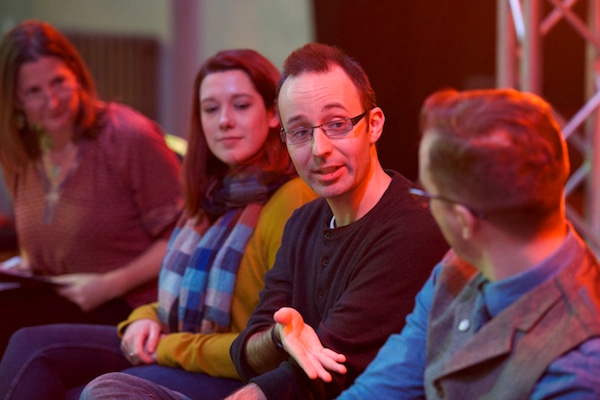 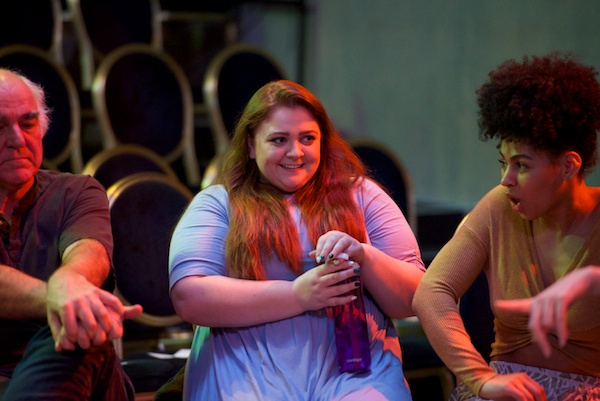 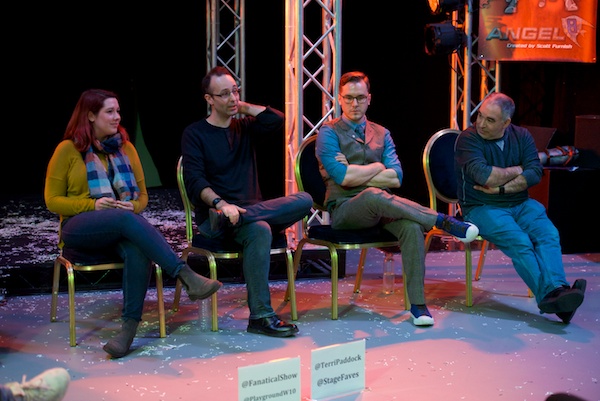 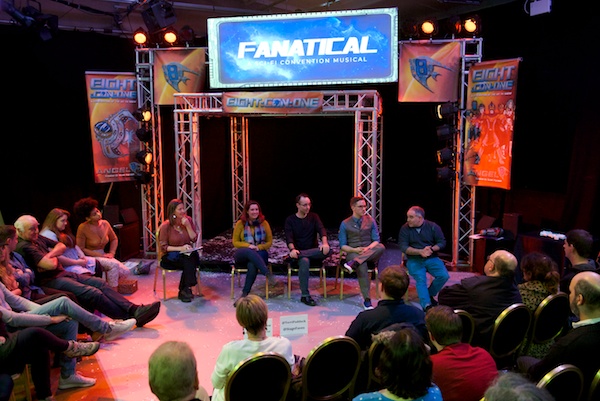 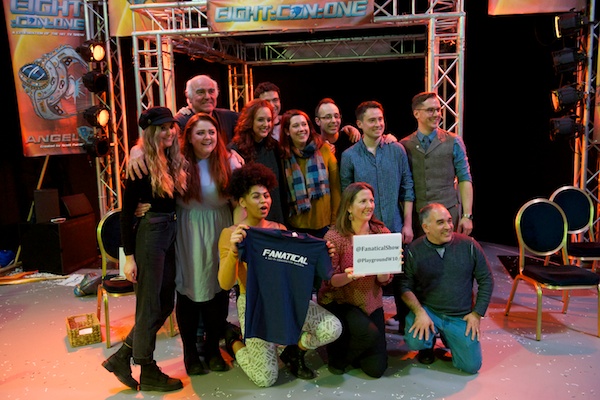