The Tragedy of Dorian Gray 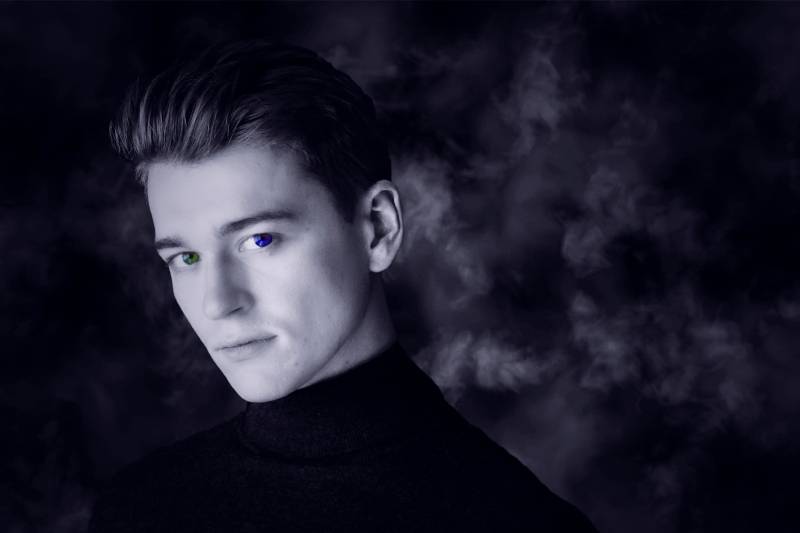 The Tragedy of Dorian Gray

Oscar Wilde’s classic 1890 novella is brought to theatrical life to Swinging Sixties London care of Blue Devil Theatre, after their earlier literary page-to-stage adaptations of Apparatus and The Geminus.

It’s 1965, the world has changed, and London is swinging. In a studio in Chelsea, a young man is about to have his portrait painted. From there, Dorian’s story of fame, vanity, lust and corruption takes us on a twisted odyssey through heartbreak, betrayal and a touch of bloody murder.

Multi-award-winning The Tragedy of Dorian Gray, adapted and directed by Blue Devil’s artistic director Ross Dinwiddy, comes to London after sell-out previews in both Brighton and Hastings Fringe Festivals. This tense and compelling yet darkly humorous reimagining of Oscar Wilde’s classic tale was the winner of the OffFest Award from the Offies at Brighton Fringe 2021.

★★★★★ “This is an excellent adaptation – it sticks a grubby fingernail into the canvas and twists into its cruel heart. Positioning Dorian Gray as the queer classic it is, this version is harsh and uncompromising, but also celebrates difference and freedom” – Louise Penn, Lou Reviews

Following the 3pm matinee performance on Saturday 23 October 2021, I’ll talk to writer-director Ross Dinwiddy and the cast of The Tragedy of Dorian Gray about Oscar Wilde and more. Any questions? Join us!