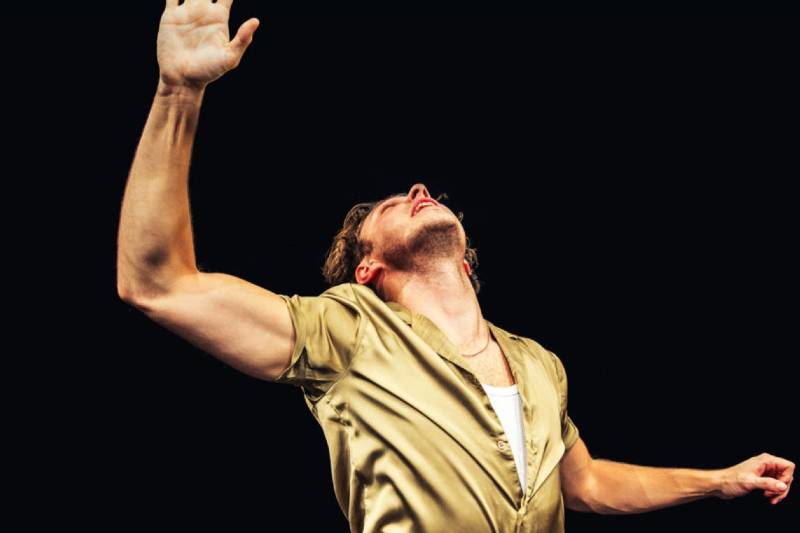 After post-show Q&As for Tonight with Donnie Darko, Vincent River, Angry and Tender Napalm, I’m delighted to be invited to chair another discussion with Philip Ridley, one of the UK’s greatest and most innovative living playwrights. This time for the live stage premiere of his online lockdown hit The Poltergeist.

‘This family! On the surface, it’s all pretty waterlilies. But underneath… there are sharks!’

Darkly comic and deeply compelling, The Poltergeist is “a tour-de-force performance from Joseph Potter” (Theatre Weekly) as Sasha.

This one-man show is about art, family, memory, and being haunted by the life we never lived.

At fifteen, Sasha was called an art world prodigy. Celebrities wanted to buy his paintings. His first exhibition was going to make him a superstar.

But now he lives in a run-down flat, with his out-of-work boyfriend, and no one’s even heard of him. What went wrong?

One of the greatest living British writers, Philip Ridley’s previous plays include The Fastest Clock in the Universe, Radiant Vermin, The Pitchfork Disney, Tender Napalm, Dark Vanilla Jungle, Ghost from a Perfect Place and Mercury Fur, as well as the screenplay for the 1990 film The Krays.

Following the 7.30pm performance on Tuesday 18 October 2022, I’ll talk to the one-and-only Philip Ridley with The Poltergeist star Joseph Potter and director Weibke Green. Any questions? Join us!