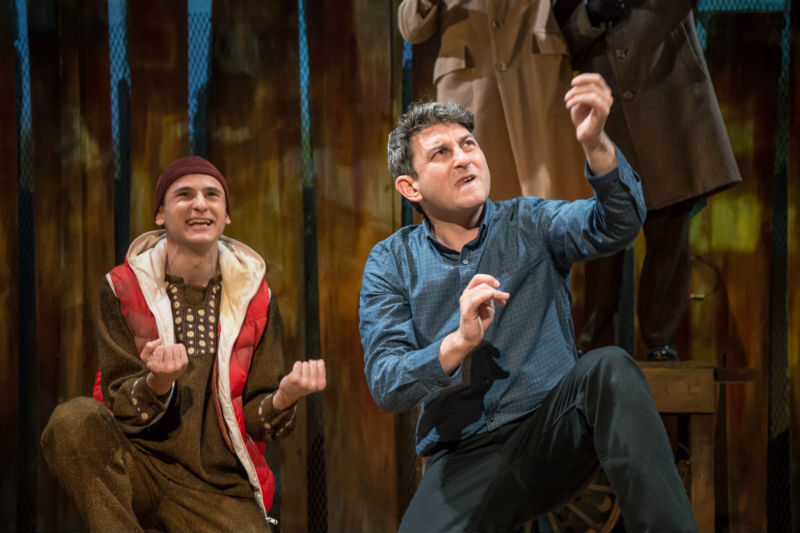 After two acclaimed West End seasons, The Kite Runner, an outstanding and unforgettable theatrical tour de force, embarks on a new UK tour, including a week at Churchill Theatre, Bromley from 14-18 April 2020.

Based on Khaled Hosseini’s international bestselling novel, this haunting tale of friendship spans cultures and continents and follows one man’s journey to confront his past and find redemption.

“There is a way to be good again”

Afghanistan is a country on the verge of war and best friends are about to be torn apart. It’s a beautiful afternoon in Kabul, the skies are full of colour and the streets are full of the excitement of a kite flying tournament, but no one can foresee the terrible incident that will shatter their lives forever.

Several of the West End cast reprise their performances in The Kite Runner, including David Ahmed in the central role of Amir, Andrei Costin, Liza Zahra and Bhavin Bhatt as bad boy Assef, a role that led to him being named Best Newcomer at the Asian Media Awards.

The Kite Runner, published in 2003, was Khaled Hosseini’s first novel. It became an instant bestseller across the globe and has since been published in 70 countries, selling 31.5 million copies in 60 languages. It has been adapted for the stage by Matthew Spangler and directed by Giles Croft, originally seen at Nottingham Playhouse. The tour is produced by Martin Dodd for UK Productions and Derek Nicol & Paul Walden for Flying Entertainment.

Following the 7.30pm of The Kite Runner at Bromley’s Churchill Theatre on Wednesday 15 April 2020, I’ll chair a post-show discussion with the company. Any questions? Join us!