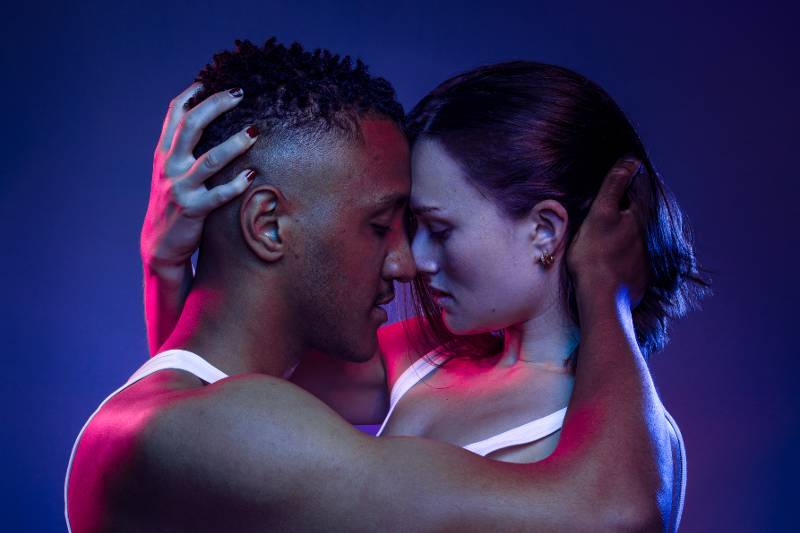 After post-show Q&As to Tonight with Donny Stixx, Angry and Vincent River, I am thrilled to get my teeth into another Philip Ridley play, care of Lidless Theatre’s tenth-anniversary revival of Tender Napalm at the King’s Head Theatre.

‘I could push a bullet between those lips. Gently. I wouldn’t break a single tooth‘

Philip Ridley‘s seminal Tender Napalm was hailed as an instant classic when it premiered in 2011. Named Best Show by the Observer, Guardian and Time Out, it has since been performed worldwide. The show now makes its long-overdue return  – in a startling, brand new production –  to surprise and seduce all over again.

This tenth-anniversary production is the first London revival. It’s presented at the recommendation of Philip Ridley himself, after seeing Lidless Theatre’s 2018 production of his play Moonfleece. It stars Moonfleece cast members Jaz Hutchins and Adeline Waby and is also directed by Max Harrison.

Following the 7pm performance on Tuesday 9 November 2021, I’ll talk to Philip Ridley and members of the Lidless team about their ongoing collaboration. Any questions? Join us!