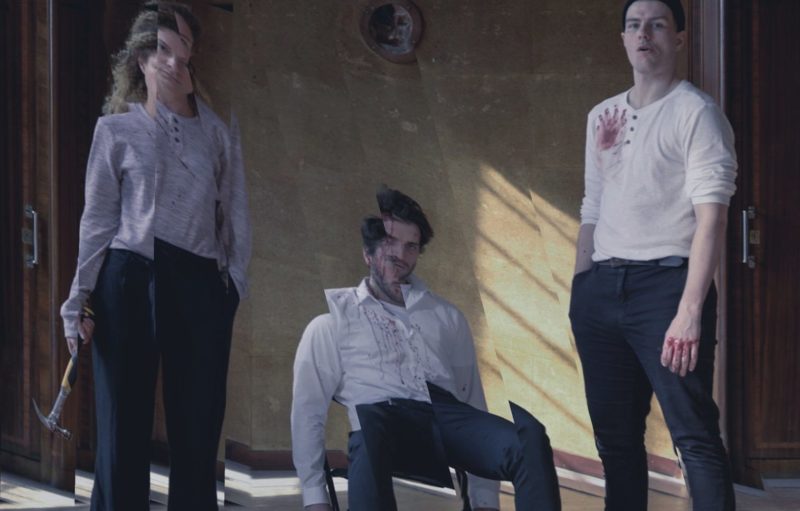 After the Old Red Lion Triptych in March, I’ll return to the Islington venue for the world premiere of this darkest of modern comedies, the inaugural production from Dissident Theatre Company.

“Think of us like the active hand of impotent rage.”

Marcus and Sarah work for a start-up, a very special start-up.

How far would you go to right a wrong? Snowflakes takes Cancel Culture a little literally to question ideas of morality, revenge and justice with gleeful, violent abandon. Combining the technological nihilism of Black Mirror with the dark comedy and horror of Inside No. 9, it lacerates modern outrage and trial by social media.

Marcus and Sarah work for a very special start-up. They do the job that so many people call out for in the comments section so outsource your rage, disgust and vitriol and let’s get to the truth before the media storm blows over. They may not be based in a co-working space but they do have an app: Justice isn’t blind, it’s streamed to millions.

Snowflakes is written by Robert Boulton, who also stars alongside Niamh Finlay and John MacCormick and who co-founded Dissident Theatre Company with director Mike Cottrell.

Cottrell says of Snowflakes: “We speculated that it would be fascinating to delve into the darker sides of the human experience and what we realised quickly is the frightening fact that you don’t have to delve too deep to find that in the world right now. The constant flood of doubt in our politicians, in our media, in our own consciences can seem overwhelming and hard to comprehend. We wanted to take that feeling and explore what lengths people will go to find meaning and to purpose in a chaotic world.”