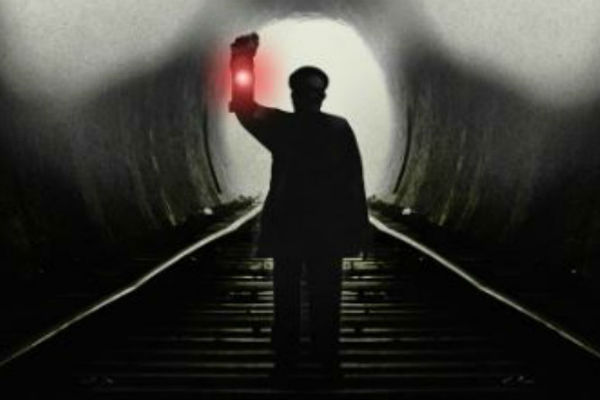 I’m so intrigued by this new adaptation of The Signalman, Charles Dickens‘ mystery story that was first published in the Christmas edition of Victorian periodical All the Year Round in 1866. And I’m very pleased to be returning to the Old Red Lion after my post-show talks for Anomaly, Bromley Bedlam Bethlehem and Danelaw this year…

A signalman is haunted by a mysterious figure standing at the mouth of a train tunnel. He’s sure it’s a warning – but what is it warning against?

The Signalman was Charles Dickens‘ final completed work, written after the writer himself had survived a train crash. The story was famously adapted by the BBC in the 1970s as one of the popular Ghost Stories for Christmas, starring Denholm Elliott as the signalman.

This Paragon Theatre Collective adaptation by Martin Malcolm (Warped, VAULT Festival 2019) remains faithful to the original text but also incorporates other aspects of Dickens’ writing, including the introduction of Joe the crossing sweeper, who listens as the signalman’s tale unfolds.

At the Old Red Lion Theatre, Tim Larkfield and Helen Baranova star. The production is directed by Sam Raffal.

Following the 8.30pm performance (50 minutes) of The Signalman on Wednesday 11 December 2019, I’ll be joined by writer, director and cast. Any questions? Join us!