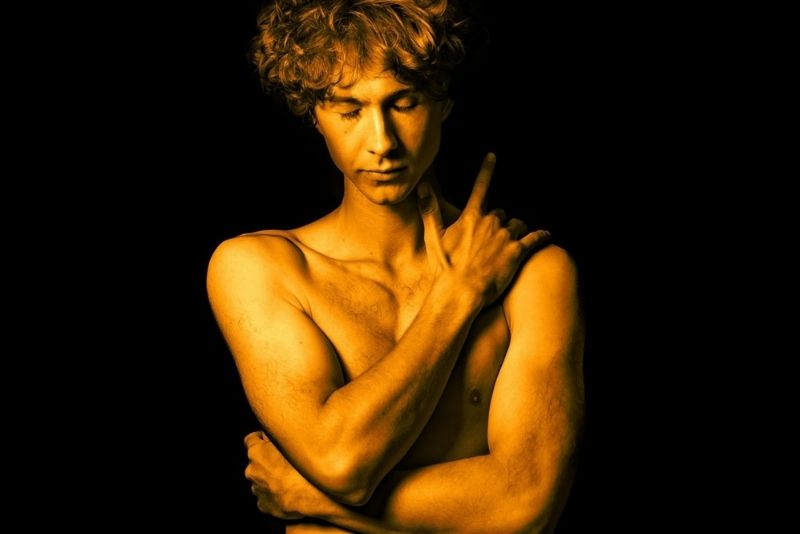 Post-lockdown, Lazarus Theatre returns to the stage with a revival of their 2019 gender-twist version of Oscar Wilde’s Salome, in a limited season at London’s Southwark Playhouse. Having chaired a lively discussion on this piece two years ago, I’m delighted to reunite with Lazarus for a fresh go.

King Herod asks Salomé, son of the Queen to dance for him… this request leads to the Dance of the Seven Veils and one of the most shocking, thrilling, and scandalous climaxes ever seen on stage.

Originally banned in Britain, Oscar Wilde’s outrageously provocative Salomé comes to Southwark Playhouse after a ★★★★★ run at Greenwich Theatre in 2019. Lazarus’ production is adapted and directed by artistic director Ricky Dukes and designed by Sorcha Corcoran, with a cast including Jamie O’Neill, Prince Plockey and Fred Thomas.

Salomé is suitable for ages 16+, contains full male nudity, gunshots and scenes of a sexual nature. Originally produced in association with Greenwich Theatre.

Following the 8pm performance on Wednesday 1 September 2021, I’ll talk to director Ricky Dukes and a panel of guests about the play and its themes, including “gay icons”. Any questions? Join us!