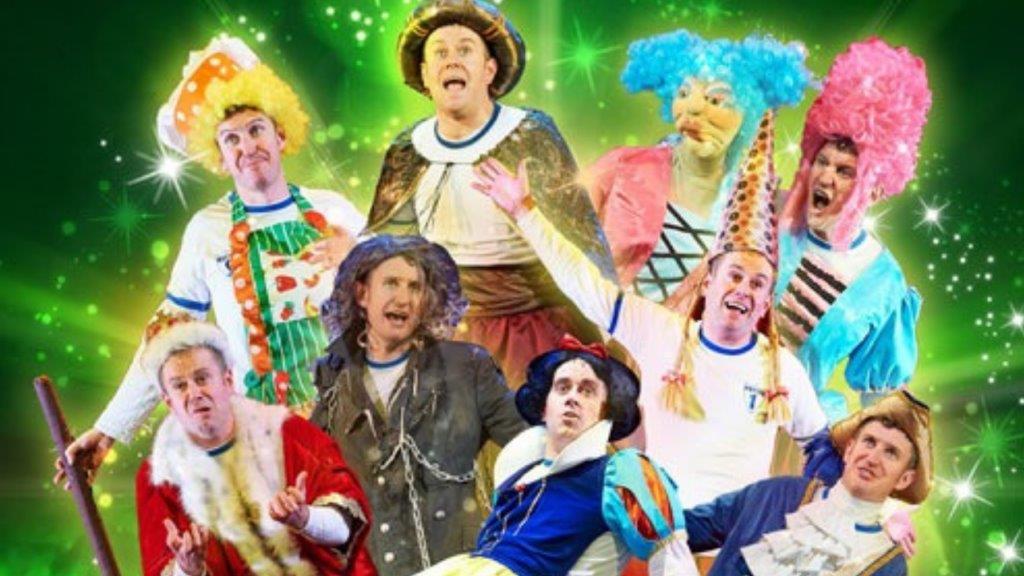 This one will get you into the Christmas spirit, guaranteed. I’m gearing up for the holidays with the hilarious duo of Dan & Jeff, another in my series of post-show talks for producer James Seabright.

Seven classic pantomimes in eighty hilarious minutes! This Christmas, Dan and Jeff (aka Daniel Clarkson and Jefferson Turner) return for a fifth festive season of their Olivier-nominated Potted Panto, hot on the heels of their world tour of Harry Potter parody Potted Potter.

In a madcap ride through the biggest stories and best-loved characters from the wonderful world of pantomime, our dastardly double act dash from rubbing Aladdin’s lamp to roaming the golden streets of Dick Whittington’s London and making sure that Cinderella gets to the ball. It’s all unmissable fun, whether you’re six or 106.

In addition to Potted Panto and Potted Potter, Dan and Jeff have had hits together with Potted Pirates and Potted Sherlock. Potted Panto was nominated for Best Entertainment Show at the Olivier Awards following its West End premiere in 2010. It’s directed by Richard Hurst.

After the 6pm performance on Sunday 8 December 2019, I’ll talk to Daniel Clarkson, Jefferson Turner and the Potted Panto creative team. Maybe we’ll get mince pies too?! Any questions? Join us!

Did you see Potted Panto on one of its previous West End runs? So much festive family fun!