One Who Wants to Cross 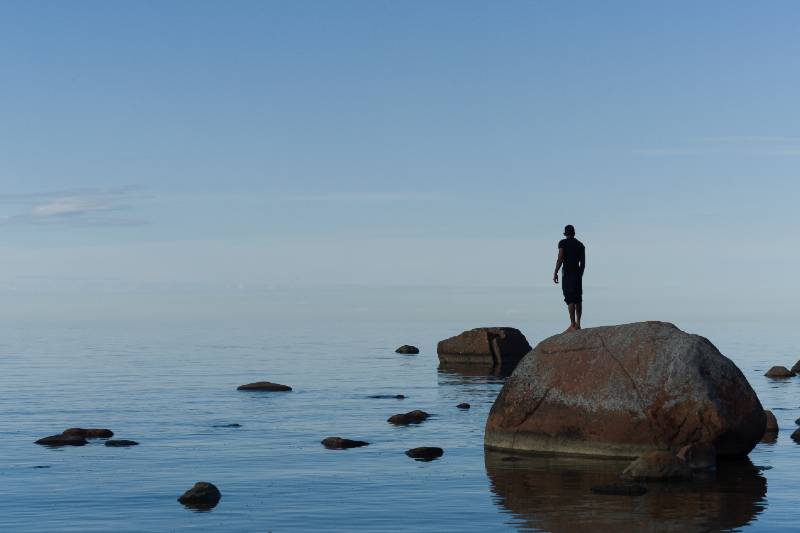 One Who Wants to Cross

I’m at London’s Finborough Theatre in February for the UK premiere of Marc-Emmanuel Soriano’s multi-award-winning French play One Who Wants to Cross (Un Qui Veut Traverser), directed by Alice Hamiton.

“In the water now up to the waist, there are some who struggle to walk, staying upright as best they can, holding what’s left of their belongings, clinging to one another, like soldiers returning from battle…”

One Who Wants To Cross has no identity.
Their nationality has little meaning. They are from a country where leaving is forbidden.
They could be a factory worker, a geographer, or a journalist.
They could be escaping by beach, open sea, desert, or forest.
They are leaving everything behind them to reach the other side and make a new start over there, risking everything – including unimaginable suffering and even death.

Bringing a contemporary human tragedy into devastating focus, One Who Wants to Cross is a dramatic meditation on illegal migrants, wherever their place of origin.

The UK premiere production is translated by Amanda Gann, directed by acclaimed director Alice Hamilton (The Memory of Water, The Dumb Waiter, Every Day I Make Greatness Happen, Thirty Christmasses, Eventide), and presented by Clarisse Makundul Productions in association with Neil McPherson for the Finborough Theatre.

Following the 7.30pm performance on Wednesday 8 February 2022, I’ll talk to cast and creatives of One Who Wants to Cross. Any questions? Join us!