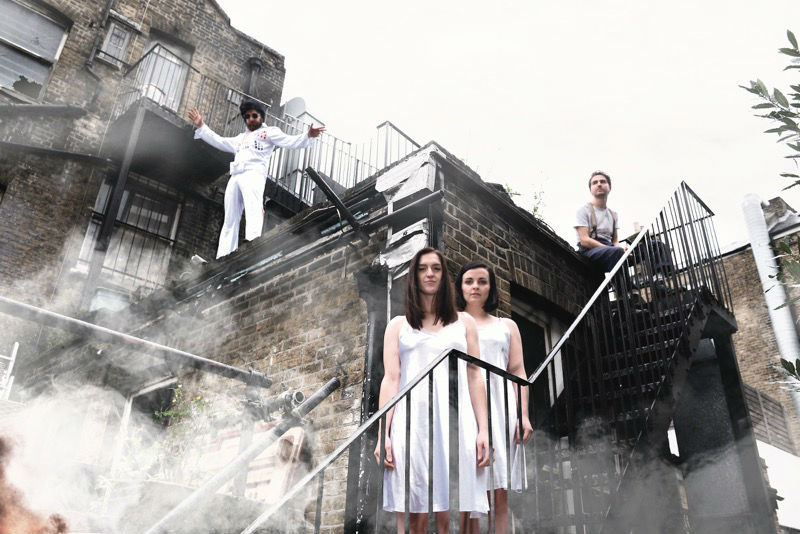 Taken together, the triptych asks questions about love and loss: What do we do next when faced with the devastating, the unimaginable? How do we survive the insurmountable? Where are we now, and where are we going?

Nuclear War is a heart-breaking and soul-stopping movement piece about a woman who needs to experience everything life has to offer, in order to feel something again. Simon Stephens is one of the UK’s leading playwrights, whose myriad credits include Sea Wall, Heisenberg, Birdland, Punk Rock, Pornography, Harper Regan, Country Music, Motortown, One Minute, Port, Herons, Bluebird and his Tony and Olivier Award-winning adaptation of The Curious Incident of the Dog in the Night-Time.

Buried is the harrowing true story of Max Spencer, who was buried alive in World War II. It’s written by his son David Spencer and performed by his real-life grandson, James Demaine. Max Saunders-Singer‘s Graceland is a darkly comic monologue from an overworked and harassed science teacher who is one small spark away from combusting in the classroom.

The Old Red Lion brings together work from multiple theatre collectives and production companies to create a mesmerising and lyrical triptych, which also marks the directorial debut of Alexander Knott, who helms Nuclear War and co-directs Buried.

Following the 7.30pm performance on Wednesday 18 March 2020, I’ll chair a discussion with Simon Stephens, Alexander Knott and other creatives from the Old Red Lion Triptych. Any questions?