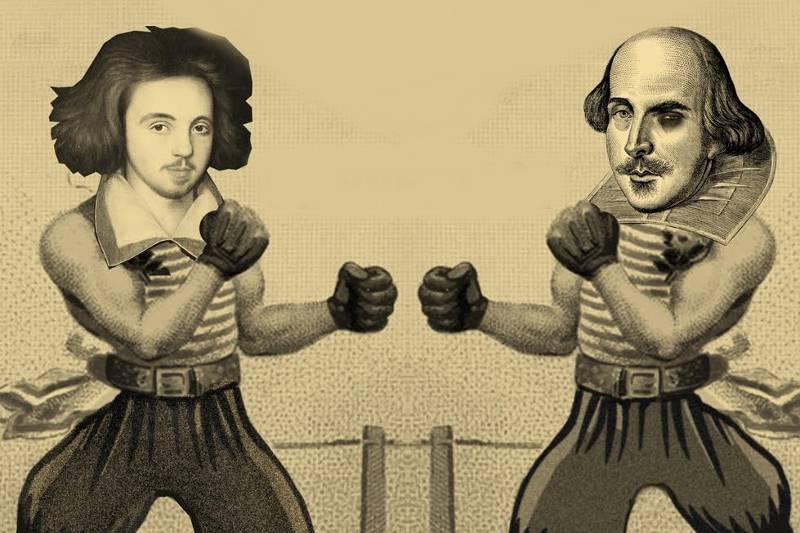 More than 400 years on, the question of who was England’s greatest Elizabethan playwright, and who actually wrote the greatest classics in the canon, rages on in the UK premiere of Peter B Hodges’ Marlowe’s Fate at London’s White Bear Theatre.

One evening, late in May 1593, Christopher Marlowe, poet, playwright and spy, died in an Inn in South East London – or did he?

Peter B Hodges’ witty literary mystery implicates Queen Elizabeth’s spy-masters in a disappearance. This might have been the end of the story but Marlowe continued to write and needed an alias.

Enter Shaxper into Richard Field’s print shop and the plot thickens. The arguments raged over the centuries resulting in a wild sparring match between our two protagonists, performed by Penn O’Gara’s elegant puppets, leading to the ultimate showdown over Marlowe’s Fate. In the end, as the spymasters discover, only Shaxper knows the truth.

Following the 7.15pm performance on Thursday 11 November 2021, I’ll talk to Marlowe’s Fate writer and director Peter B Hodges and the company. Any questions? Join us!