In Search of a White Identity (postponed) 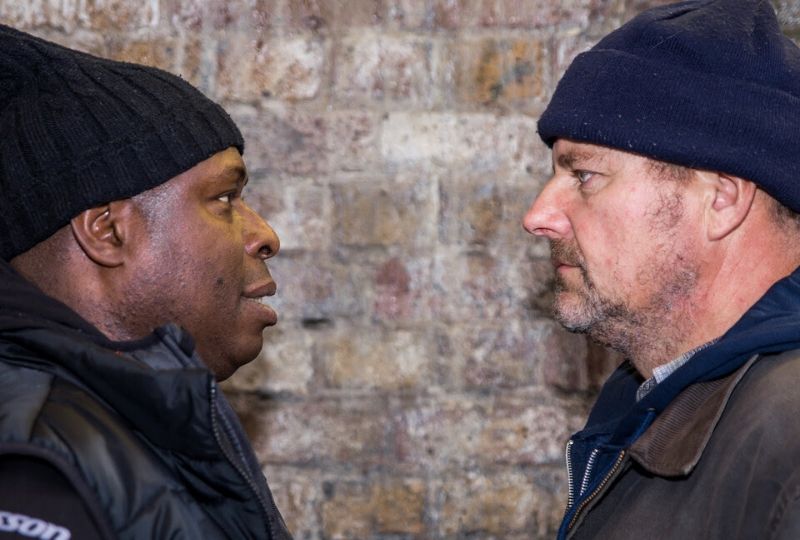 In Search of a White Identity (postponed)

As part of the industry-invite, opening night performance of In Search of a White Identity, the first new play developed and produced in association with The Actors Centre, I’ll chair a discussion about both the play and the theatre’s future plans.

Mickey, Patrick and Mo are three men of different cultures who are forced to face each other and their divergent political beliefs head-on when they find themselves held in a police cell. Patrick and Mickey grew up together, so why have they been arrested on opposing sides of an English Defence League march? And why have they been put in a cell with Muslim Mo?

In Search of a White Identity is an urgent piece of new writing explores race, class and masculinity through the prism of detainment. The premiere production is directed by Victoria Evaristo and stars author Cliffordkuju Henry as Patrick alongside Drew Edwards as Mickey and Ali Zaidi as Mo.

“This project for me is about having a dialogue around working-class relationships, and illuminating the obstacles that get in the way of us relating to each other.”

The Actors Centre recently announced that its John Thaw Studio will become a home for new writing, offering year-round development opportunities for artists, opening doors for creativity and the future of important works and leading to possible runs at the Centre’s Tristan Bates Theatre. In Search of a White Identity, which was originally performed as a work-in-progress during The Actors Centre’s 2019 Working Class Season, is the first production to make this jump, having been developed and now produced by Toad in the Hole Theatre Company in association with The Actors Centre.

Other programming changes planned at The Actors Centre include longer, four-week runs for productions in the Tristan Bates Theatre from October 2020.

Following the 7.45pm performance on Friday 27 March 2020, I’ll talk Cliffordkuju Henry and the company of In Search of a White Identity as well as The Actors Centre team to discuss the production and future plans for the theatre. Any questions? Join us!