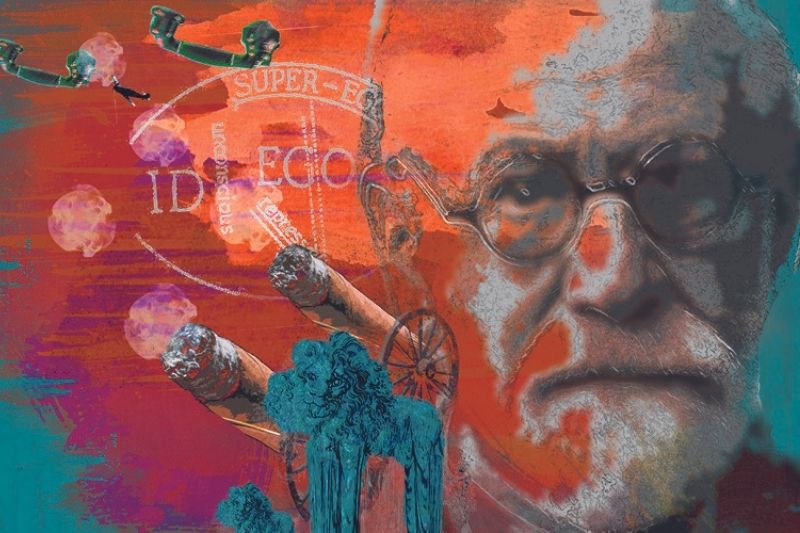 The first of September, 1939. Sigmund Freud, the world-renowned psychoanalyst awaits the visit of soon-to-be-legendary Chronicles of Narnia author CS Lewis on the day that the Second World War is declared.

Lewis, a former atheist turned Christian is expecting to be taken to task for his recent satirisation of Freud in a book. However, the impending war and Freud’s failing health catalyses a far deeper conversation as they clash about the existence of God, love, sex, and the meaning of life- only two weeks before Freud, with his doctor’s help, takes his own.

Following the 7pm performance on Tuesday 25 January 2022, I’ll talk to Freud’s Last Session director Peter Darney and stars Julian Bird and Sean Browne about the play and the ‘juicy intellectual debate’ at its heart. Any questions? Join us!