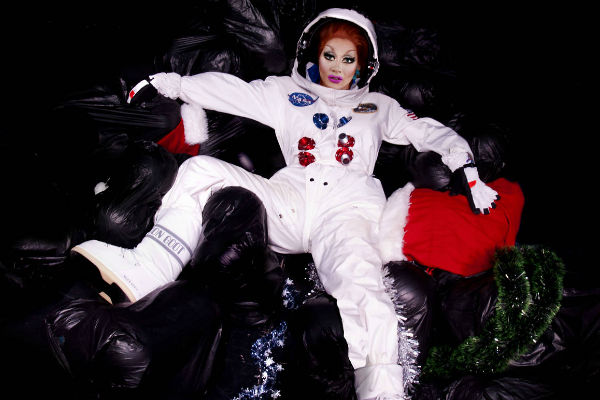 I had such a hoot last year with Sink the Pink’s full-scale theatrical debut How to Catch a Krampus, I’m delighted to return for the second show in their Christmas trilogy, which reunites the team behind last year’s hit.

It’s 2050 and in a galaxy not too far from our own, Planet Trash is the most dangerous place in the solar system – the dumping ground for the universe.

As the countdown to Christmas begins, the planet faces a new danger, an impending solar flare that threatens to obliterate Planet Trash, and a discarded weapon the Intergalactic Government is desperate to retrieve. All that stands between Planet Trash and complete annihilation is a crack team of unlikely queer space explorers, and Ginger Johnson, the last remaining resident of the doomed planet, who is refusing to return home.

Can they escape the planet before it explodes, can they find the weapon and disarm it, and will they make it home for Christmas?

After the performance of Escape From Planet Trash on Tuesday 3 December 2019, I’ll be joined by the Sink the Pink cast. Any questions? Join us!