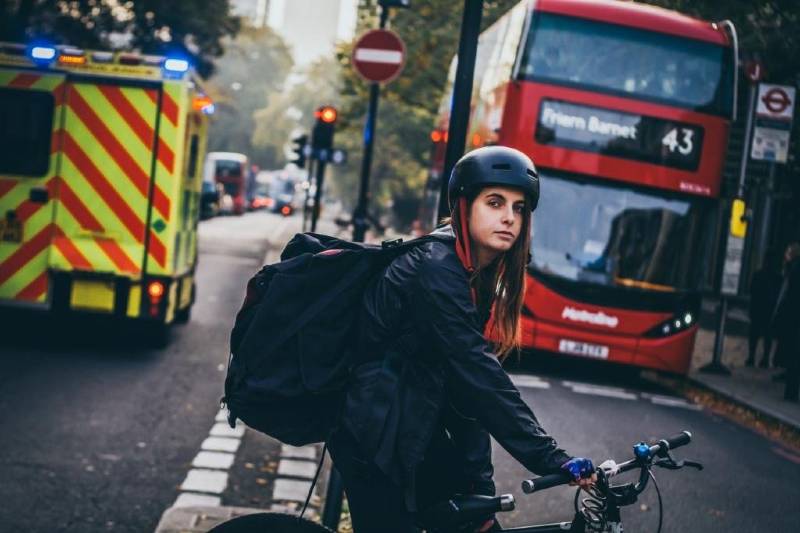 Acclaimed one-woman show Empty in Angel, which hilariously dissects the perils of the gig economy, concludes its autumn London tour at the Old Red Lion Theatre in November.

Empty in Angel tells the story of a bicycle courier, her community, and their amazing fight for rights in the gig economy… partly in rhyming couplets. Their simple demands for fairness, dignity and security end in a historic legal battle.

Join in the struggles, laughs and the protest – help us fight for the right to be human!

Based on actual events, Empty in Angel was a sell-out success at south London’s White Bear Theatre in 2019 and a finalist in two categories of the Standing Ovation Awards 2020 (New Play Raising Awareness and Innovative Play).

Law Society Policy Adviser James Woolf was inspired to write Empty in Angel after attending a presentation on the gig economy. The drama was written with the full knowledge, approval and cooperation of the Independent Workers of Great Britain (IWGB), the trade union that supported the courier through the court case which forms the foundation for this play. Throughout the writing of the piece, the main players in the story were available to Woolf to ensure the accuracy of the script.