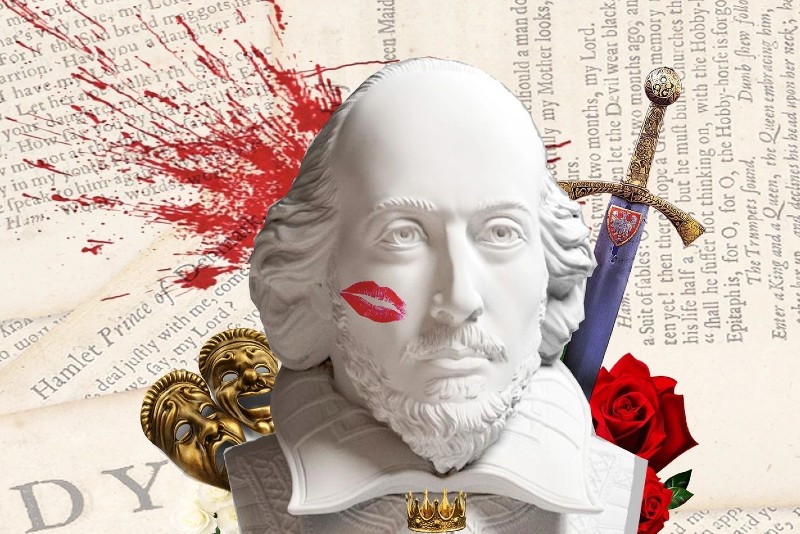 Lockdown Zoom hit Doing Shakespeare, one of the Northern Comedy Theatre’s multi-award-winning Doing series, comes to hilarious life onstage, with a London run at the Bridewell Theatre in November.

The Northern Comedy Theatre has established itself as a trailblazer in the field of online theatre. With the closure of theatres in March 2020, they quickly moved their work online, exploiting the online platform Zoom.

Collaborating with writer David Spicer, they streamed 10 productions, each one specially written for this new medium and each one pushing the boundaries of what was possible. For this work, the company has won 6 OnComms and a special OneOff award from The Offies, along with the SceneSaver Birthday Honours Award for Best Ensemble.

Their multi-award-winning Doing series of five original Zoom comedies launched with Doing Shakespeare, which was followed by Doing Whodunnit, Doing the Pub Quiz, Doing The Book Club, and Doing Business.

Using a company of six actors, each play explored a different theme but the one thing they all had in common was their ability to make people laugh. Doing Shakespeare is now coming to life onstage and transferring to London’s Bridewell Theatre for a limited two-week season from 1 to 13 November 2021.

In Doing Shakespeare, six actors performing six different plays will do Shakespeare as Shakespeare has never been done before. As our 18 month-long Winter of Discontent draws to a close and All The World Becomes A Stage again, come and see Confusion Make Its Masterpiece in this hilariously mad Shakespearean mash-up that will have you rolling in the aisles and the Bard turning in his grave.

“It is hard to think of another company or venue which has done so much in such a short space of time or has provided as much fun in the process” – OffWestEnd.com

Doing Shakespeare stars Steven Arnold, best known for his long-running role as Ashley Peacock in Coronation Street, for which he was nominated for Best Actor at the National Television Awards and Most Popular Actor at the British Soap Awards. Arnold is joined in the cast by Robert Stuart-Hudson, Kathryn Chambers, Vikki Earle, Connor Simkins, Natasha Agarwal and Farron Ronan.

Following the 7.30pm performance on Saturday 6 November 2021, I’ll quiz the Doing Shakespeare company and all things Bard. Any questions? Join us!