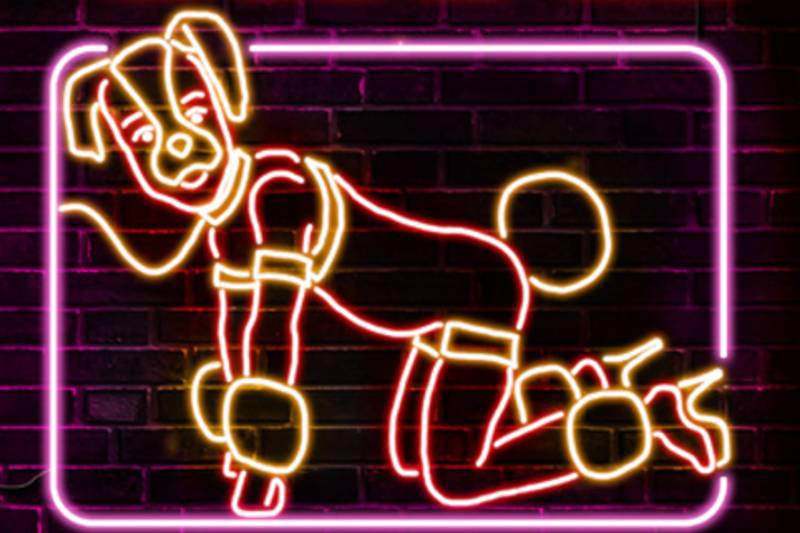 After How to Catch a Krampus and Escape from Planet Trash, Ginger Johnson and her merry band of drag queens return to The Pleasance with a new alternative Christmas show, Dog Show. And I’m back for the hat-trick of Q&As.

Live and Unleashed! In Dog Show, join London’s sexiest mongrels at Crappersea Dog Pound as they put their best paw forward and prepare for the Annual Rehoming Show. Can these old dogs turn new tricks? Do they have star pet-tential? Or are they all just simply too ruff?

Dirtier than a Doberman and prouder than a Poodle, this pack of queer canines will have you rolling (over) in the aisles as they do anything for appaws. But are whips and chains the only thing keeping them caged?

This XXX-mas, the muzzles are off!

I remember clearly when Ginger told me about the idea for Dog Show – and, as mum to a cockapoo named Lottie, how enthusiastically I greeted it – during our post-show Q&A for Escape from Planet Trash two years ago. I can’t wait to see the show in the furry flesh.