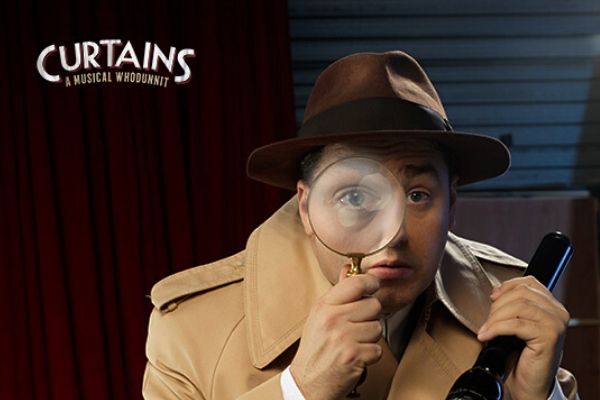 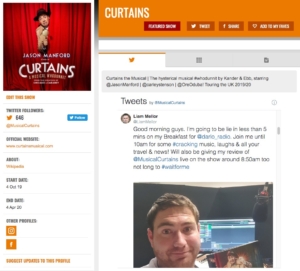 Get all social media for Curtains & its cast on www.stagefaves.com

It’s murder putting on a new musical – literally! Jessica Cranshaw, star of the new Broadway-bound musical Robbin Hood, has been murdered on stage on opening night. The entire cast and crew are suspects.

Time to call in the local detective, Frank Cioffi, who just happens to be a huge musical theatre fan. With a nose for crime and an ear for music, Frank has his work cut out trying to find the killer whilst giving the show a lifeline.

From the creators of Cabaret and Chicago, Tony Award-winning backstage murder mystery musical CURTAINS has had audiences on tour laughing and guessing right to the final curtain. It’s a hilarious whodunnit is packed full of catchy songs, unforgettable characters and plot twists galore.

Following the 3pm matinee of CURTAINS on Sunday 15 December 2019 at the West End’s Wyndham’s Theatre, I’ll be joined by the stars of the show for this unmissable post-show talk. Any questions? Join us!