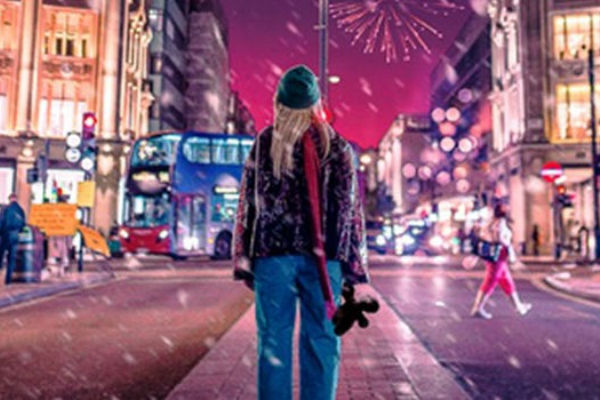 This may be the Brexit election, but YouGov polling shows that, after Brexit (and hardly mutually exclusive), the British public say that the NHS is the most important issue facing the nation, which will influence their voting.

It’s certainly the most important issue for writer and performer Tania Amsel, whose new play Blood Orange shines a light on pressures on NHS staff. To focus the mind ahead of the ballot box, we’ll be discussing the issues and political ramifications at a special pre-election post-show Q&A two days before #GE2019.

It’s Christmas Eve in Swansea A&E and Amy has just vomited all over a hot doctor’s shoes. Amy is not a patient at the hospital, she’s a Junior Doctor… Hoping to secure a transfer to Great Ormond Street Hospital in London, Amy can handle the long hours, the overtime, and even the shame of vomiting on her colleague’s shoes.

But when assigned to the case of a boy with cancer, Amy is confronted with childhood memories she thought she’d forgotten and the pressure begins to take its toll. When helping others is at the heart of your career, what happens when you are suddenly the one who needs help?

Blood Orange is a new one-woman play that explores themes of love, loss and childhood trauma with pathos, dry wit, and a twist of dark comedy.

Tania Amsel was inspired to write Blood Orange after the 2016 junior doctors’ strike. It was researching with doctors and other medical staff, looking at how their workload creates stress in a medical context and, added to that, how caring for patients emotionally often takes priority over personal well-being. The run supports two charities: Great Ormond Street Hospital and SANE.

After the performance of Blood Orange on Tuesday 10 December 2019, I’ll be joined by Tania Amsel and special guests. Any questions? Join us!