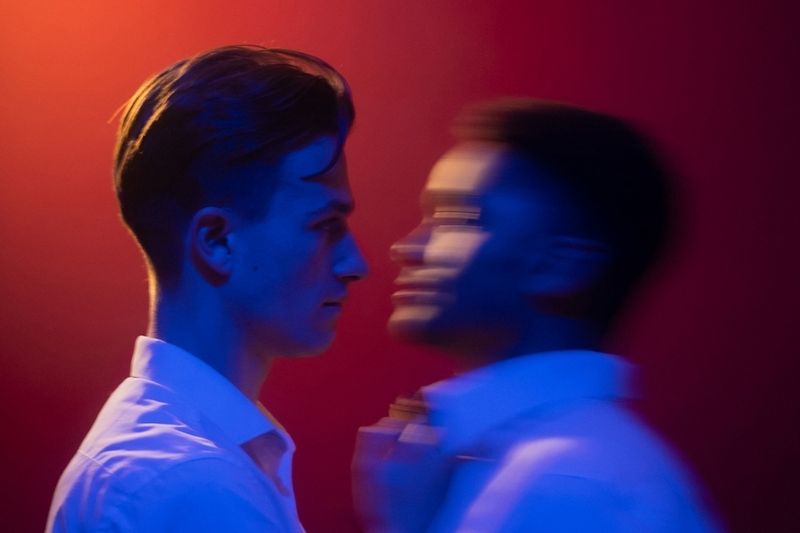 Following a slew of ★★★★★ reviews, Sophie Swithinbank’s award-winning new play Bacon has extended by a week at London’s Finborough Theatre due to popular demand – and added this unmissable post-show Q&A with the team, chaired by yours truly.

Worlds apart, but more similar than they realise, the pair form a complex and manipulative relationship that leads them blindly into a dangerous experiment that alters the course of both their lives.

Bacon is an unflinching and unexpectedly humorous look at masculinity, sexuality and power, through the dizzying lens of youth.

First developed at the Soho Theatre in 2018, Bacon won playwright Sophie Swithinbank Soho Theatre’s prestigious Tony Craze Award, and is also currently in development for a TV adaptation with a major production company.

The two-hander’s premiere production is directed by Matthew Iliffe and stars Corey Montague-Sholay and William Robinson.

Following the 75-minute performance at 7.30pm on Wednesday 23 March 2022, I’ll talk to Bacon‘s writer, director and stars about the creative process and themes raised in the play. Any questions? Join us!

COVID SAFE: As an intimate theatre venue, the Finborough are taking every possible precaution to ensure the safety of performers, staff, and audience members during the pandemic. Audience members are asked to provide a Covid pass proof of double vaccination or a negative test within the last 48 hours or evidence of infection in the past 180 days on arrival at the theatre, in addition to wearing a face-covering throughout their visit including during the performance.