Q&A video and photos: What would Bram Stoker think of Dracula staged at The London Library?

Home-Q&A video and photos: What would Bram Stoker think of Dracula staged at The London Library?

Q&A video and photos: What would Bram Stoker think of Dracula staged at The London Library? 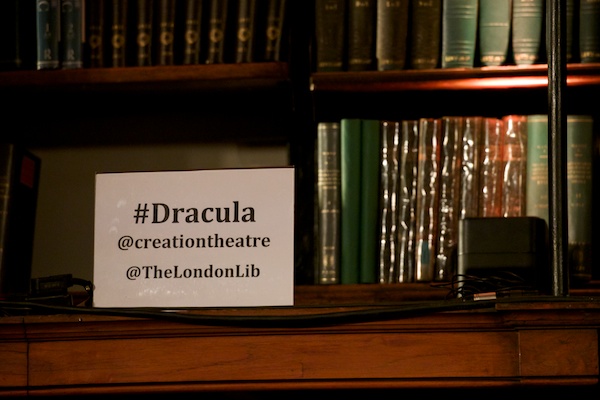 My post-show Q&A for Creation Theatre’s Dracula at The London Library. © Peter Jones

The bookworm in me adores everything about libraries and they don’t get much more atmospheric, or historic, than The London Library, the world’s oldest independent lending library – and now a highly unconventional theatrical venue for Creation Theatre Company’s latest offering.

Dubbed by Stephen Fry as a “gym of the mind”, The London Library, with its 17 miles of shelves containing more than one million books, has played a central role in the intellectual and cultural life of the nation since 1841.

Amongst the many famous authors who have used the library’s facilities are playwrights Tom Stoppard, David Hare and Alan Bennett, novelists Sebastian Faulks, Sarah Waters and Ian McEwan, and from the past, Charles Dickens, George Eliot, EM Forster, Virginia Woolf, Aldous Huxley, Arthur Conan Doyle, HG Wells and, most interestingly for this occasion Bram Stoker.

“There is a poison in my blood, in my soul, which may destroy me”

Indeed, just last year, researchers proved that Stoker, who was a member from 1890 to 1897 when Dracula was published, used the library to research his classic Gothic horror novel. Twenty-six of the thirty books he used remain in the collection – you can even see Stoker’s scribbles in the margins of many of them. (If you’re lucky enough to get a ticket to Creation’s Dracula, be sure to check out the library’s special exhibition of these tomes before the show.)

Given all of the above, and knowing site-specific specialists Creation Theatre’s knack for creating shows to fit spaces, you’d be forgiven for thinking that the company commissioned this spine-tingling two-hander version of Dracula especially for this privileged residency at The London Library, the library’s first-ever theatre production.

But you’d be wrong. In fact, it was Creation’s production, first staged last year at Blackwell’s Bookshop in their hometown of Oxford, that inspired the research that led to the library’s discovery of Stoker’s secret defacement of their books!

I talked about this and much more with Dracula adapter Kate Kerrow, director Helen Tennison, stars Sophie Greenham and Bart Lambert, and Creation’s artistic director Lucy Askew at our recent post-show Q&A.

Dracula is booking at The London Library until 3 March 2019.

Interval at @TheLondonLib. #Dracula as a two-hander played out against a backdrop of these bookshelves is magic! SO atmospheric. 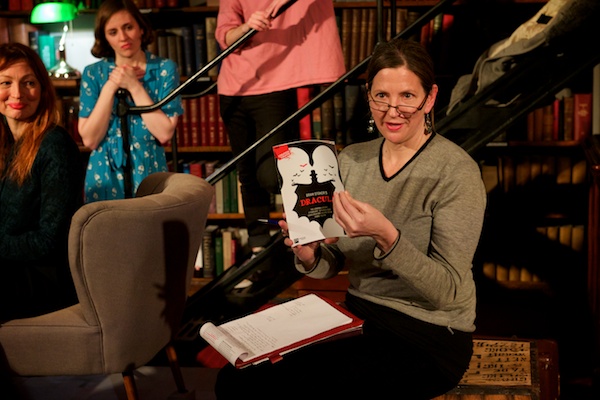 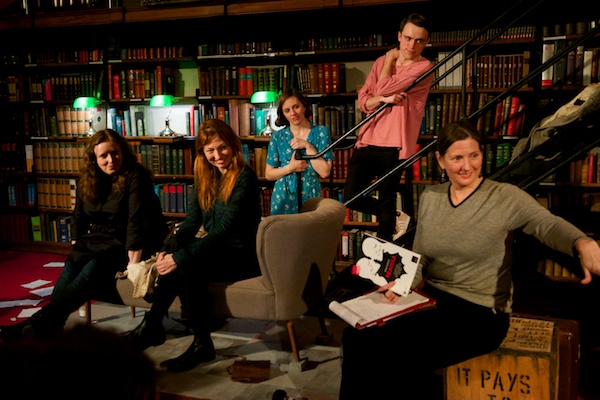 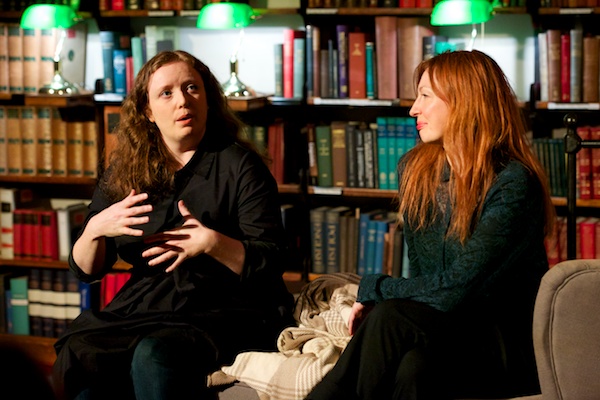 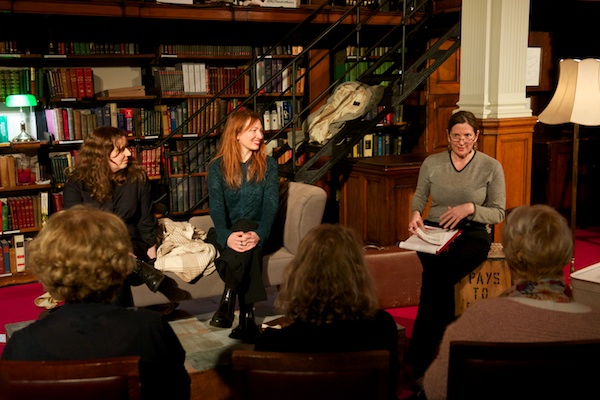 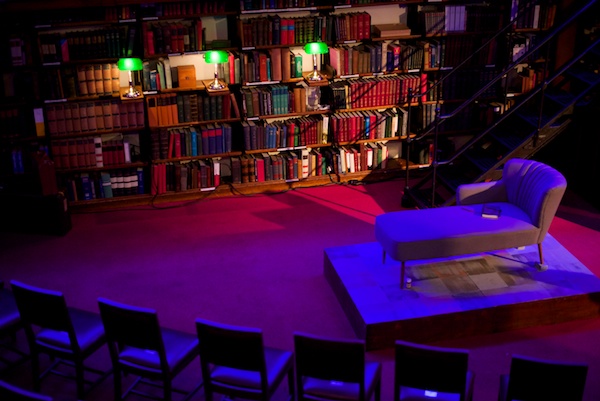 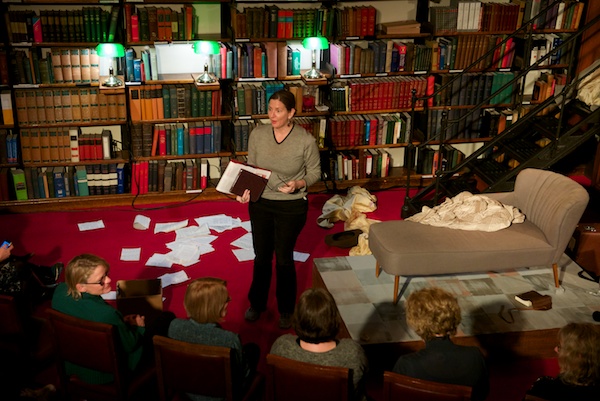 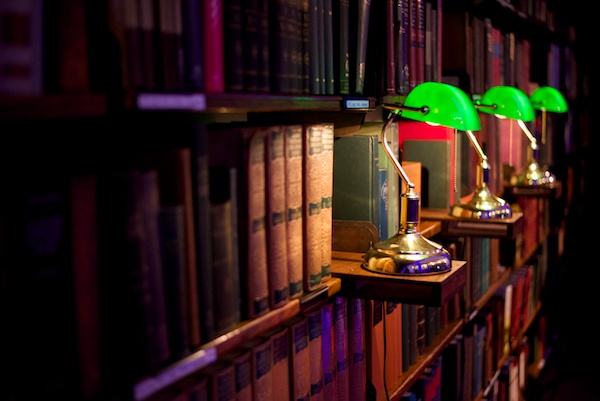 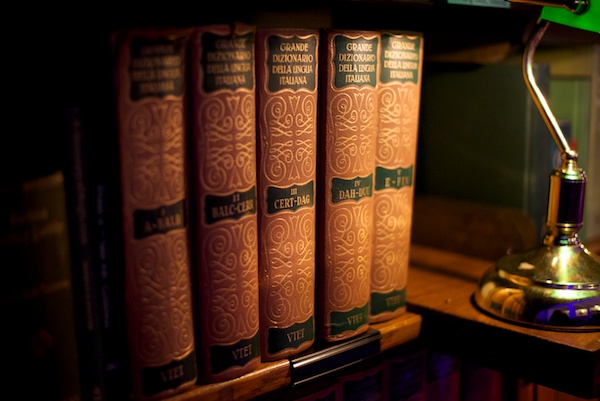 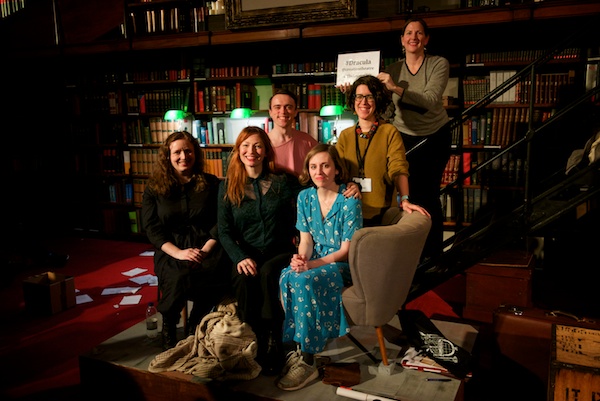