Doing Shakespeare post-show video and photos: Would the bard recognise his plays in this Zoom-to-stage mash-up?

Home-Doing Shakespeare post-show video and photos: Would the bard recognise his plays in this Zoom-to-stage mash-up?

Doing Shakespeare post-show video and photos: Would the bard recognise his plays in this Zoom-to-stage mash-up? 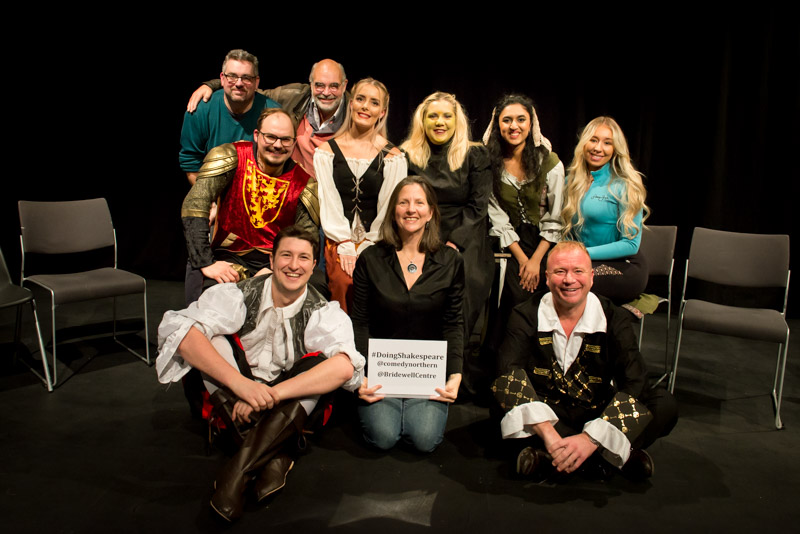 As much as it was possible for anyone the arts, Northern Comedy Theatre had a very good pandemic. When all performing arts venues closed, rather than wrap up their work, they ramped up. A fledgling association with writer David Spicer, two of whose plays they had recently revived on stage, transformed into full-blown, incredibly fruitful collaboration.

Director Shaun Chambers swiftly moved the company online, premiering new work written by Spicer specially to be delivered by Northern Comedy’s ensemble of actors from their own homes via Zoom. In total, they streamed 10 new productions – including the series of five Doing comedies – each show pushing new boundaries and each performance done live with all the technical challenges that entails. And they were rewarded with a slew of awards, including six OnComms.

The one that started it all, Doing Shakespeare, has now leapt off the screen to return the company to the stage and, catering for their Southern fans gained during lockdown, transferred from their home in Runcorn to London’s Bridewell Theatre, which by no coincidence, is just a short walk across the river from Shakespeare’s Globe.

Are you suffering Zoom fatigue? Here’s the antidote

In an art-imitating-life way, Spicer has rewritten the 45-minute Zoom comedy to place the six characters back in a rehearsal room after a lockdown preparing for their first performance in front of a live audience with the new Shakespeare production. The problem. A misunderstanding from their last meeting (on Zoom, of course) means they have all come having learnt a different Shakespeare play. Will the audience notice if they improvise a bit and mash them all together?

The result is great fun that, between the belly laughs, really captures this collective post-lockdown moment, gently reflecting back at us what we have all been through as artists and audiences these past 18 months and how theatre has helped us get through it.

After last night’s performance at the Bridewell, I was joined by Shaun Chambers and David Spicer, as well as the cast – Vikki Earle, Kathryn Chambers, Connor Simkins, Robert Stuart-Hudson and Natasha Agarwal, who had all also appeared in various Northern Comedy Zoom hits, and Farron Ronan and, cast in part for his star power, Steven Arnold, best known for his long-running role as Ashley Peacock in TV’s Coronation Street. (Spicer joked that he was already working on a new play about a Northern butcher… any casting ideas?)

Be quick to catch Doing Shakespeare in London. And watch out for news about touring plans.

Doing Shakespeare is at London Bridewell Theatre until 13 November 2021 only. 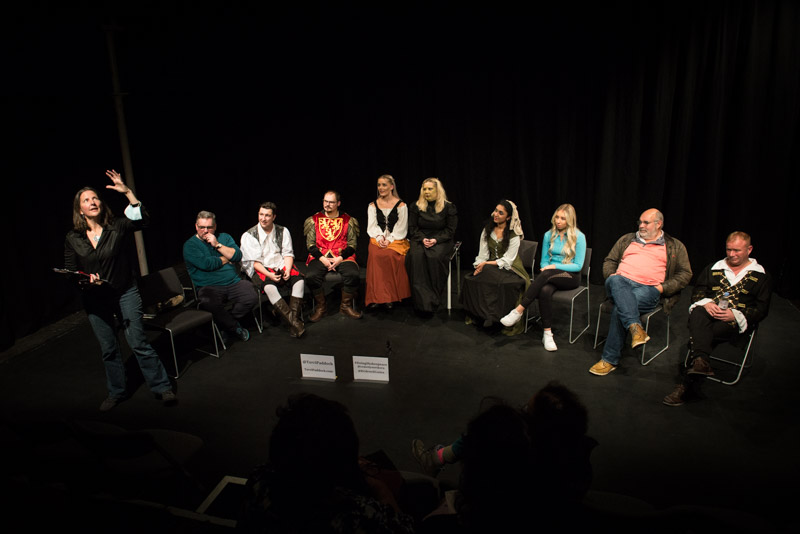 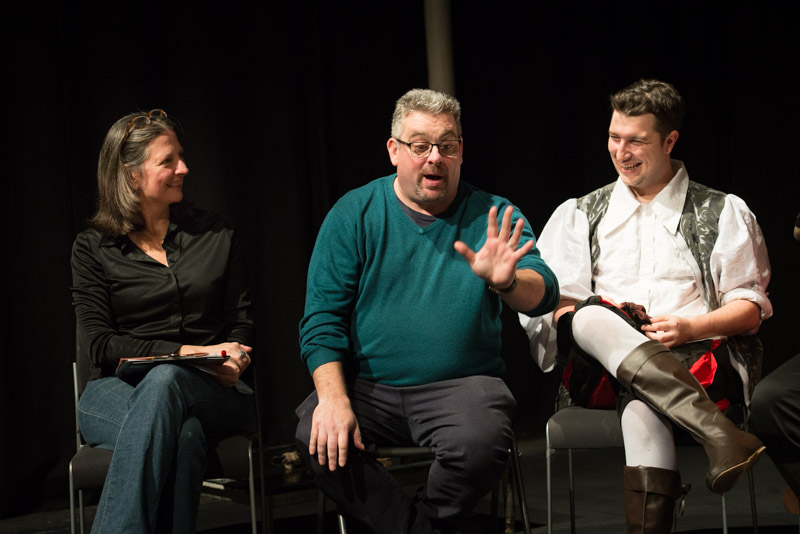 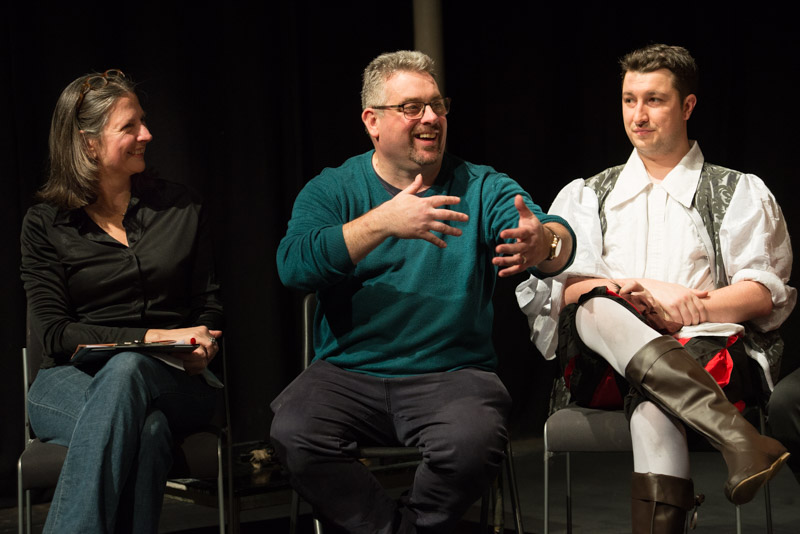 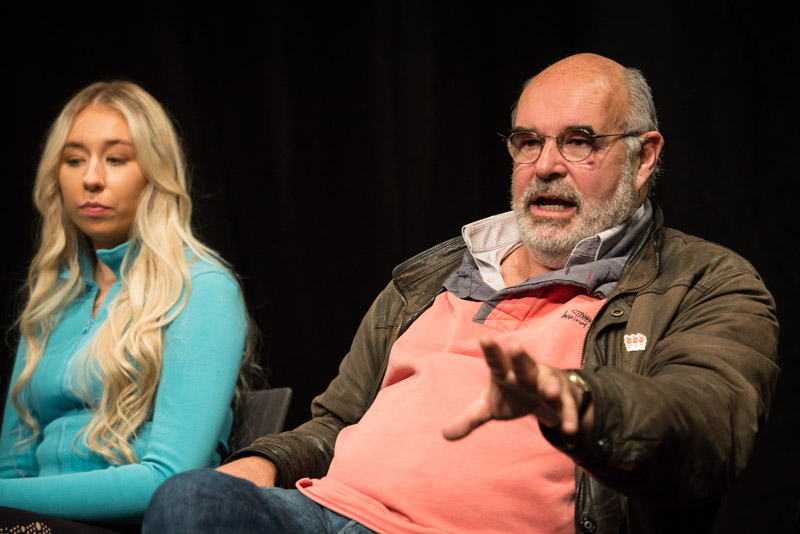 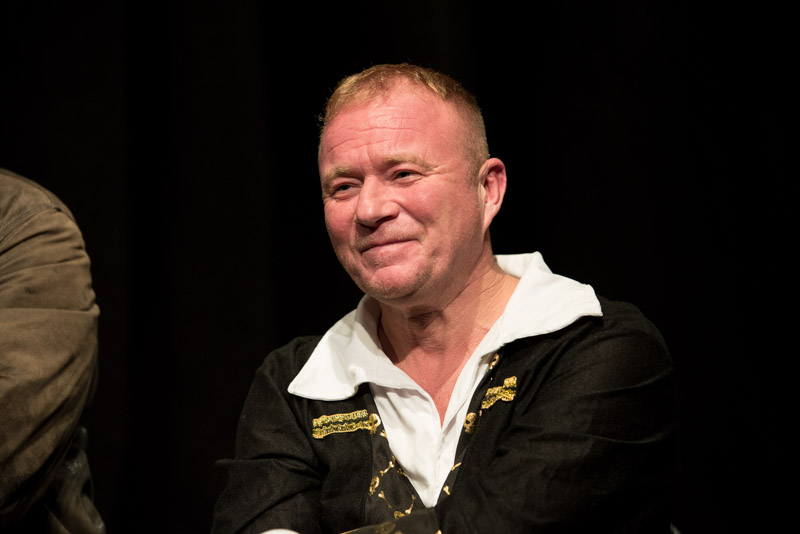 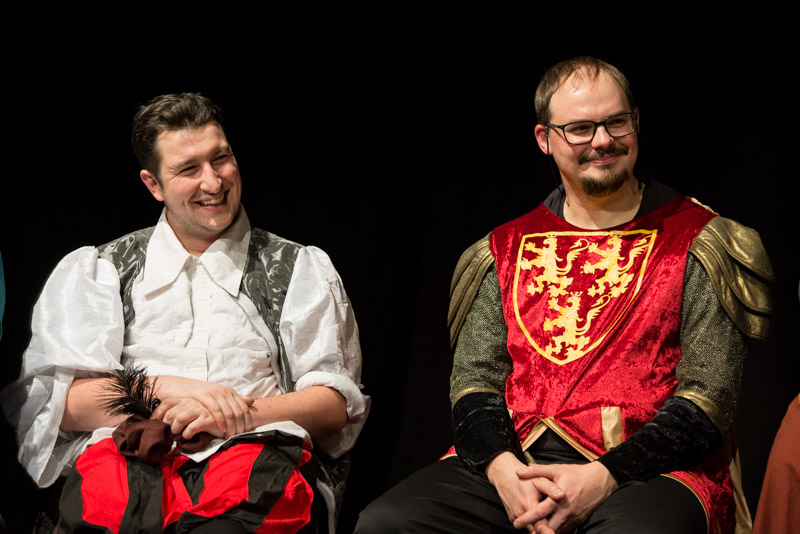 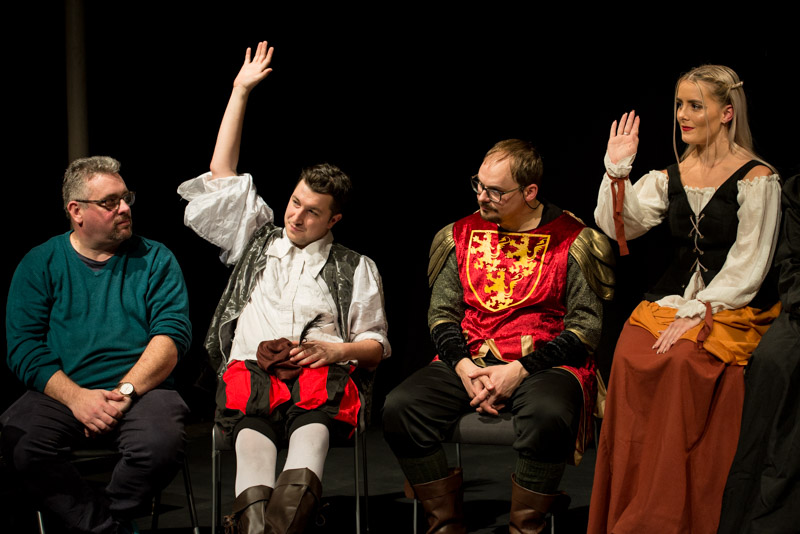 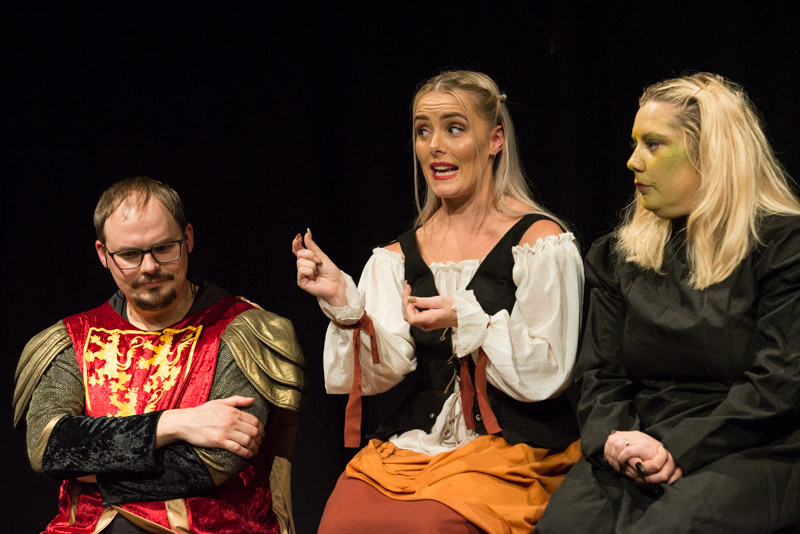 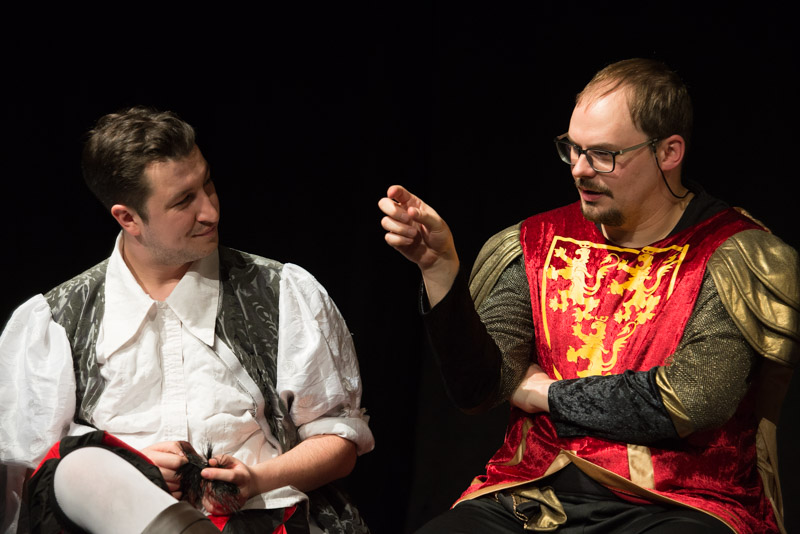 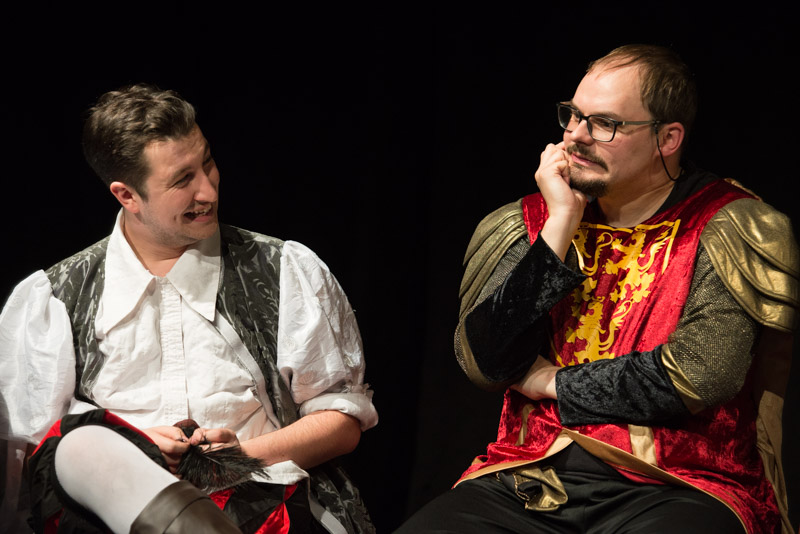 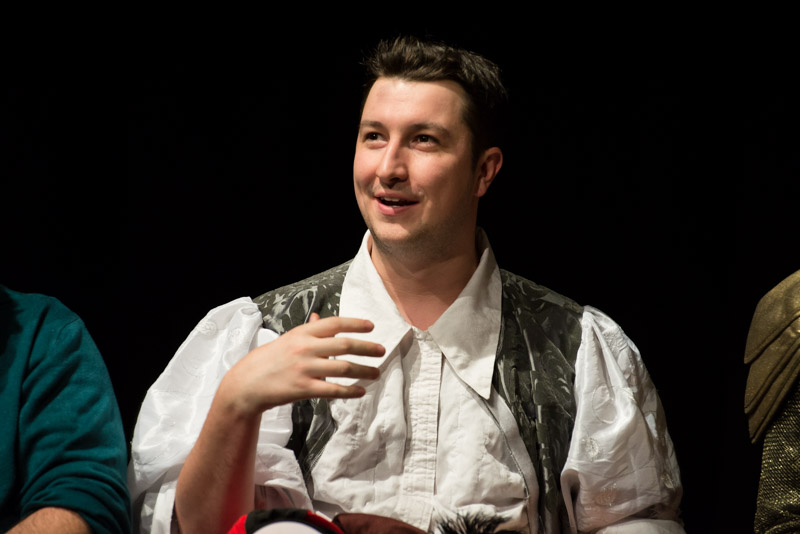 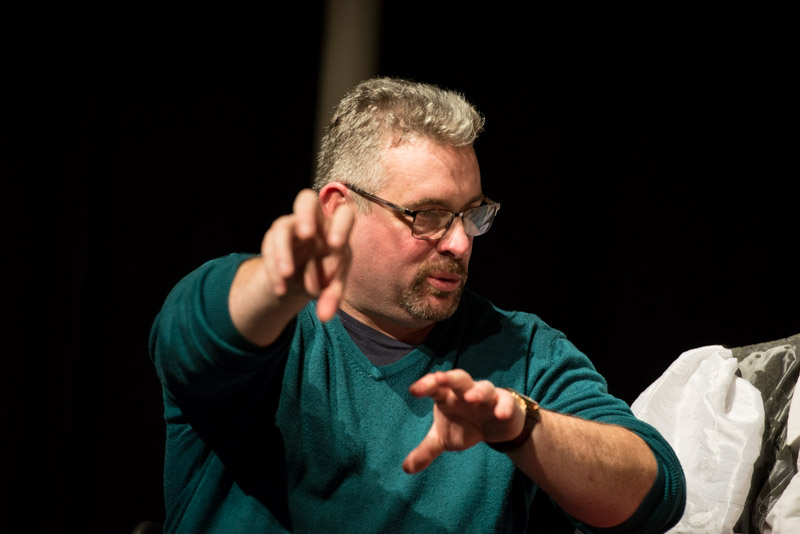 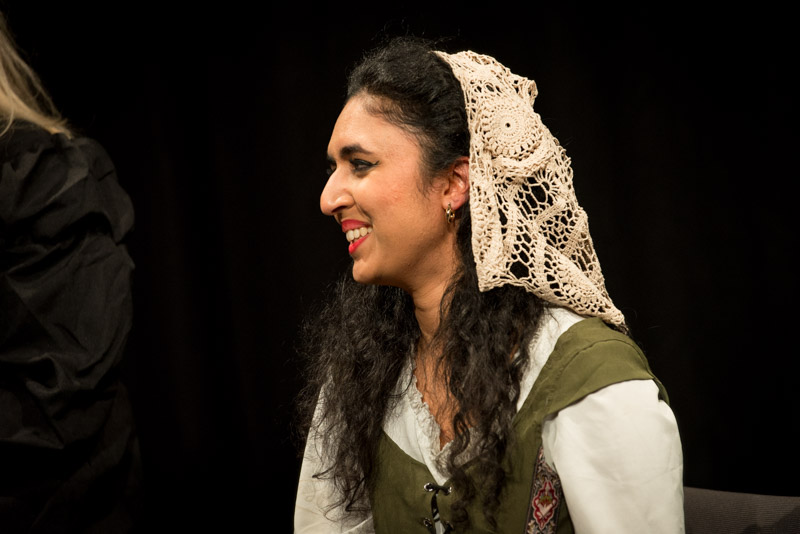 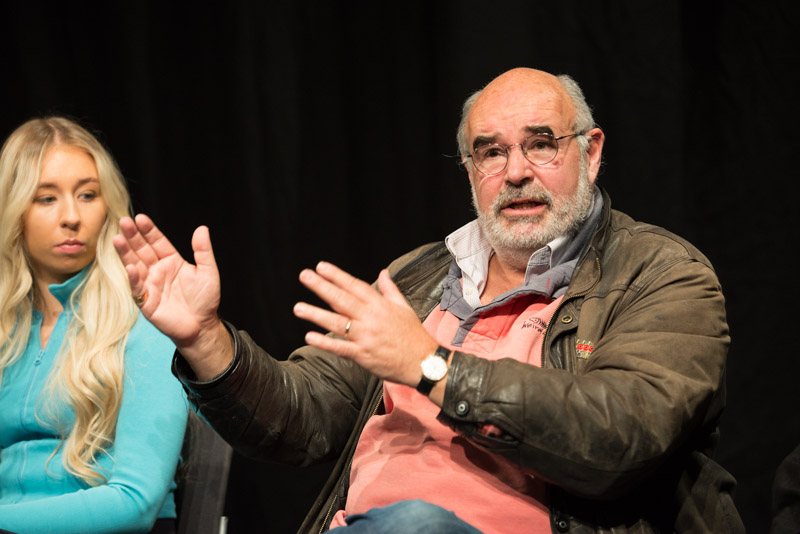 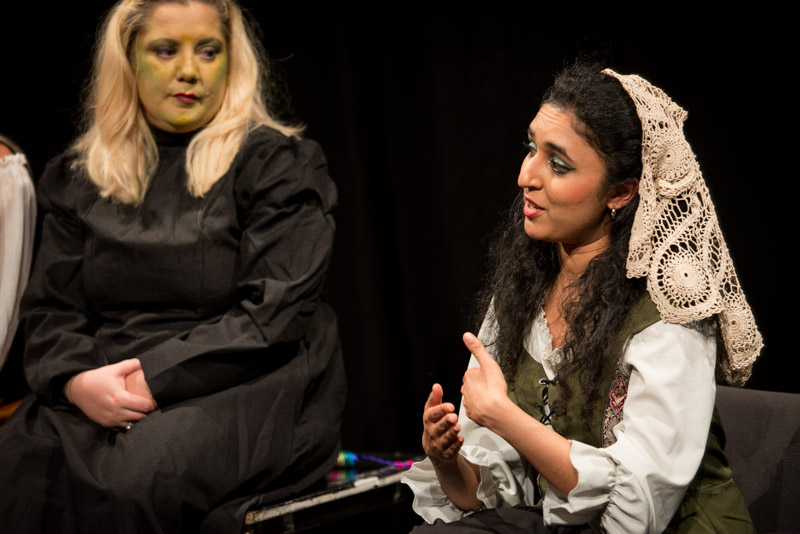 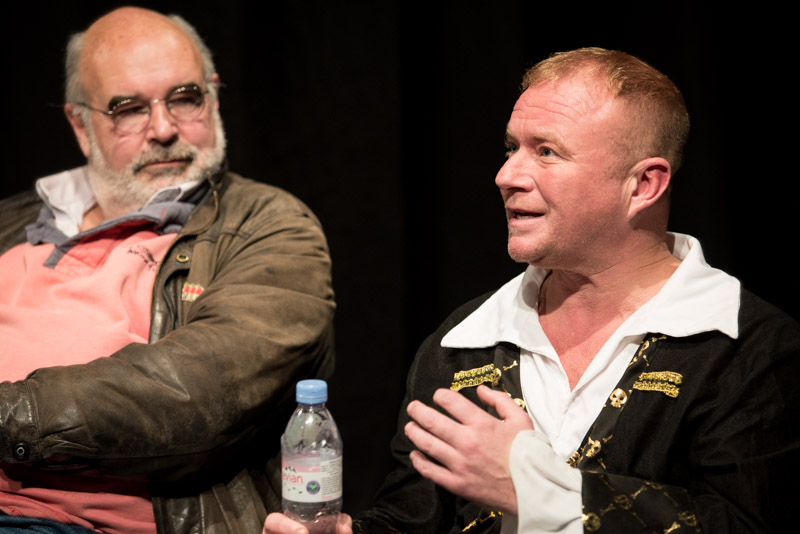 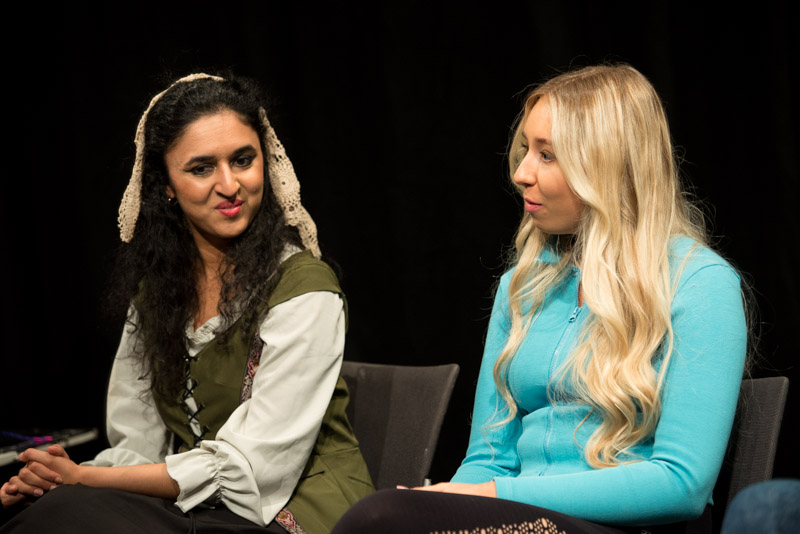 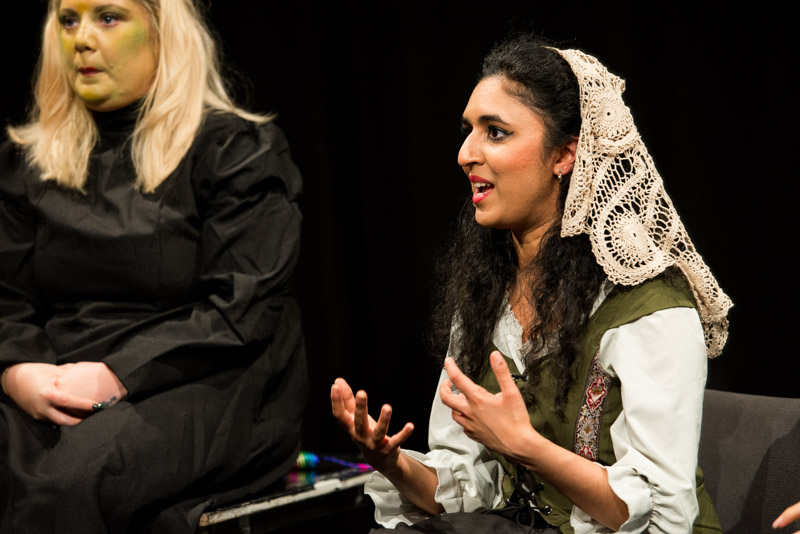 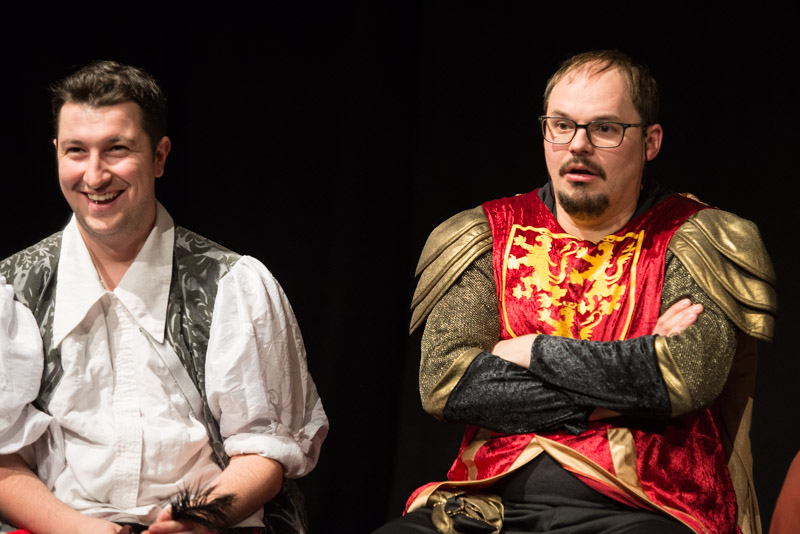 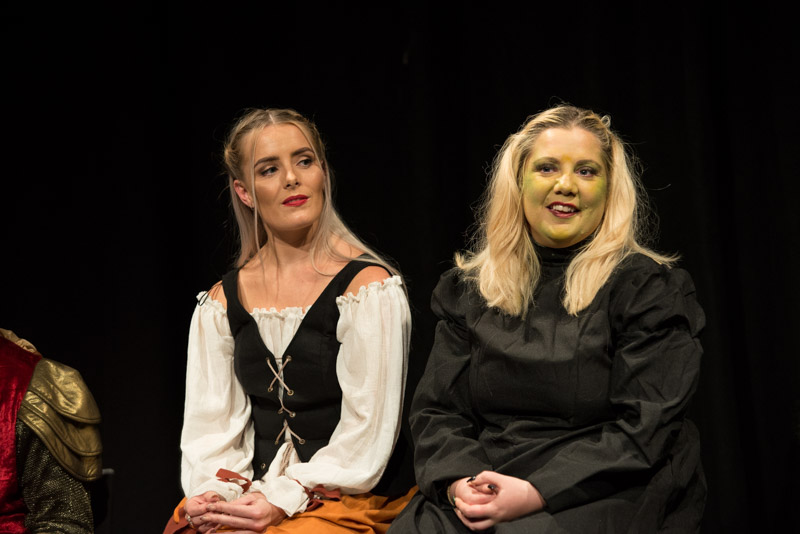 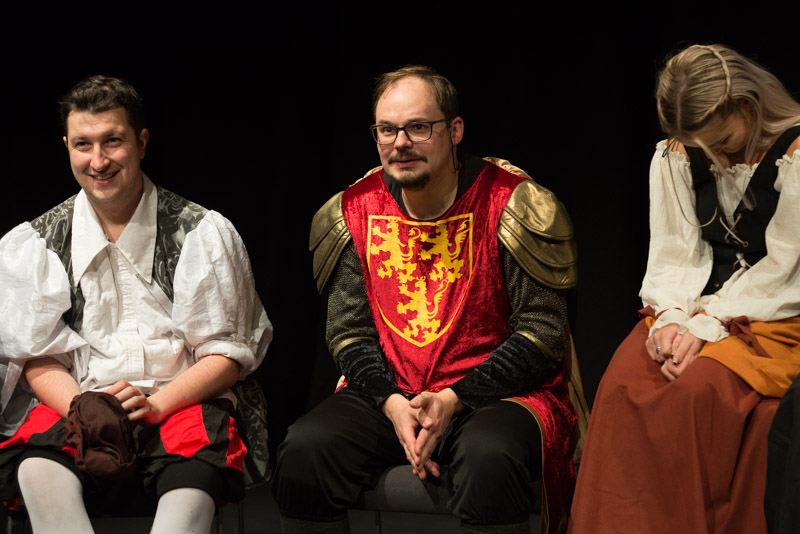 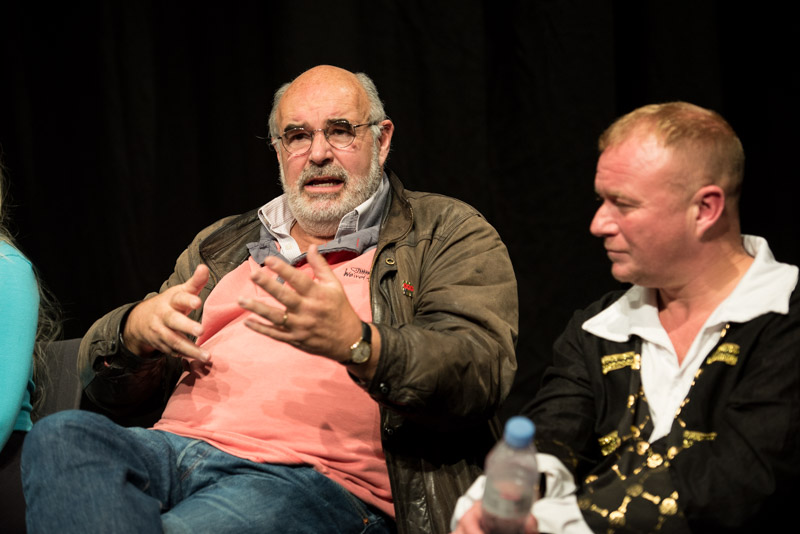 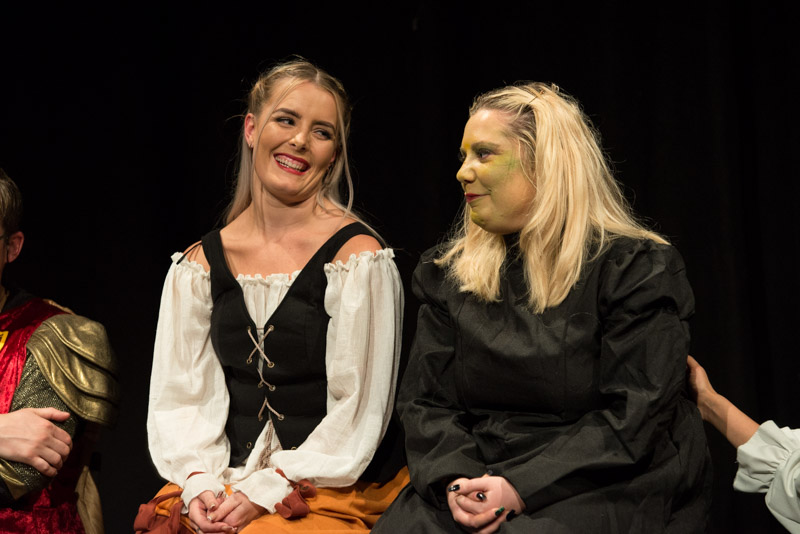 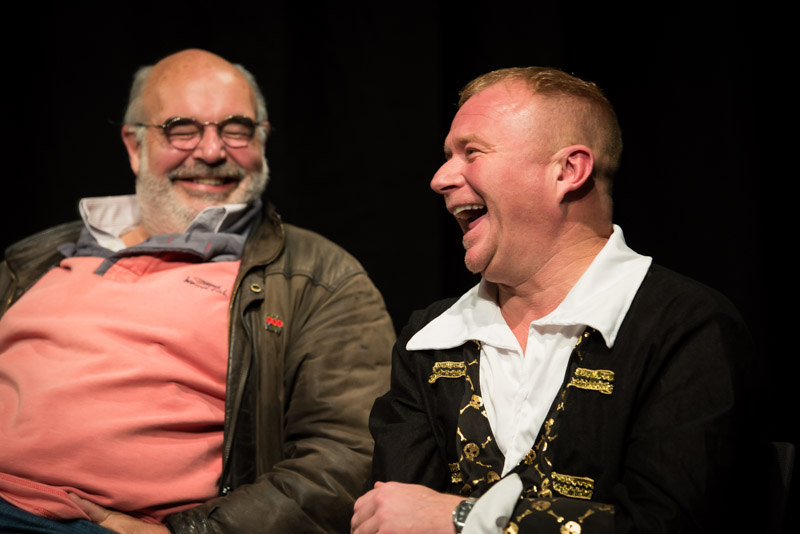 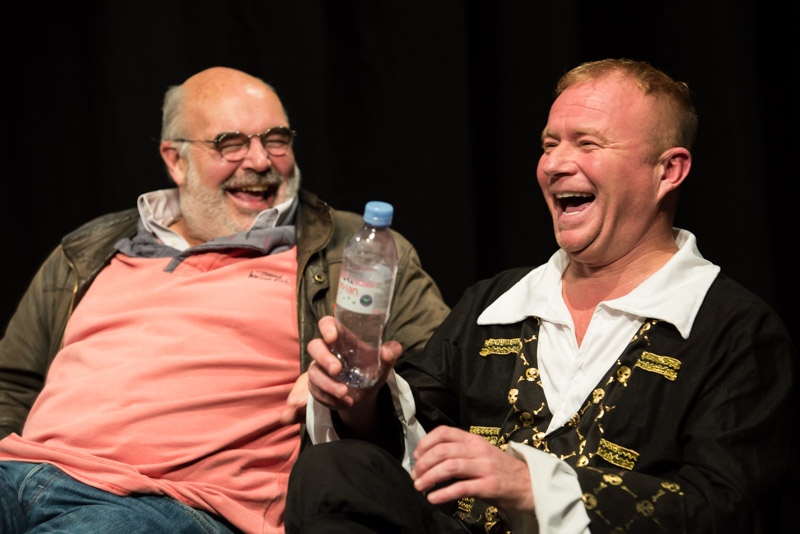 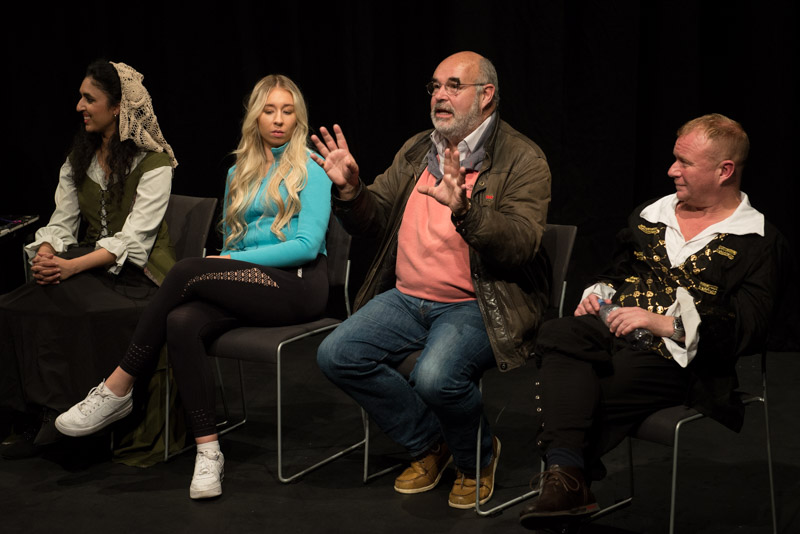 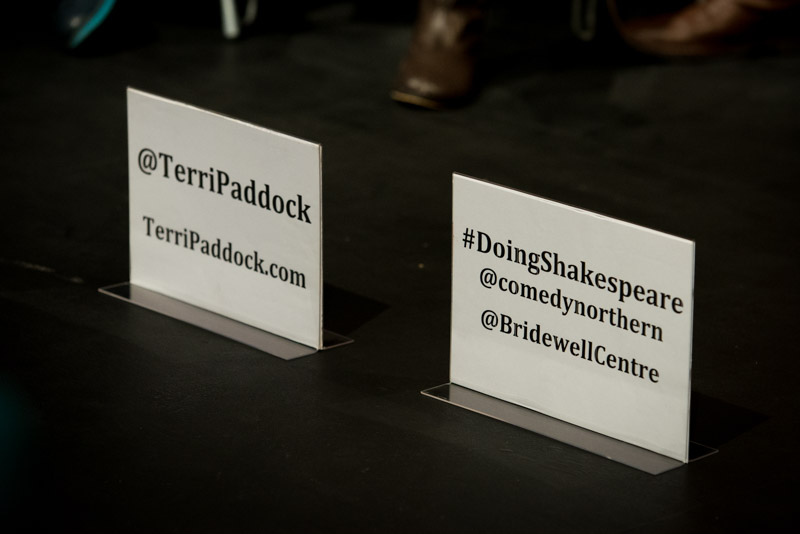 I’ve arrived at @BridewellCentre. Love this theatre. Just across the river from @The_Globe too: what a perfect place to be #DoingShakespeare!