Did critics lose the plot with I Can’t Sing! raves?

Home-Did critics lose the plot with I Can’t Sing! raves?

Did critics lose the plot with I Can’t Sing! raves? 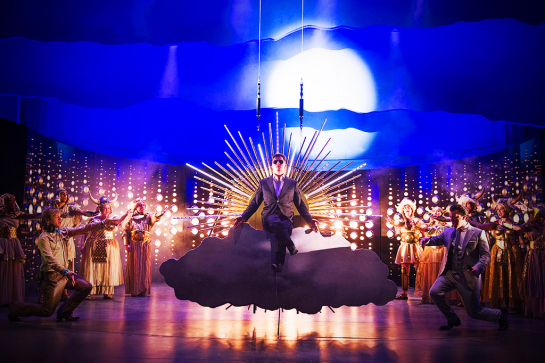 Nigel Harman as the deity Simon in I Can’t Sing!

Having tweeted copiously about the sudden closure announcement of I Can’t Sing! over the weekend, as I started to write this blog this morning, a link to the much-faster Mark Shenton’s blog on the same subject popped up on my screen. I clicked through to him not just echoing my thoughts about factors in the X Factor musical’s demise, but straight-out stealing some of my lines! So to save any repetition, I’ll encourage you to read Mark’s blog on The Stage’s website for more detail, and only comment briefly here.

Without wanting to be accused of dancing on a show’s grave a la 2004 X Factor winner Steve Brookstein, I must admit that this weekend’s announcement of I Can’t Sing! closing didn’t surprise me nearly as much as reading so many glowing reviews of the show the day after its opening night on 26 April.

2004 #XFactor winner @stevebrookstein is getting FLAMED for using #icantsing closure to bash @SimonCowell. He has some funny ripostes too

I didn’t attend the premiere, but I sneaked into a performance two weeks earlier (about half-way through its preview period) – and not under press pretenses (thus I didn’t write about it), I paid for my ticket like a real regular punter, as did the producer friend who accompanied me. As it turned out, though, I never saw the full show as that performance was one of the ones that was cancelled halfway through due to technical problems with the set, after an extended 45-minute interval.

In truth, my friend and I were relieved as that meant a) we didn’t feel at all obligated to stay and b) we got a refund. At that viewing, I thought the first half was seat-squirmingly unfunny and – despite energetic performances by so many fantastic performers including Cynthia Erivo, Simon Lipkin and Simon Bailey (I can’t comment on Nigel Harman as his Simon was seen very little in Act One) – the whole thing felt shoddy and dangerously under-rehearsed. The audience, young and old, around me in the circle were equally disengaged. 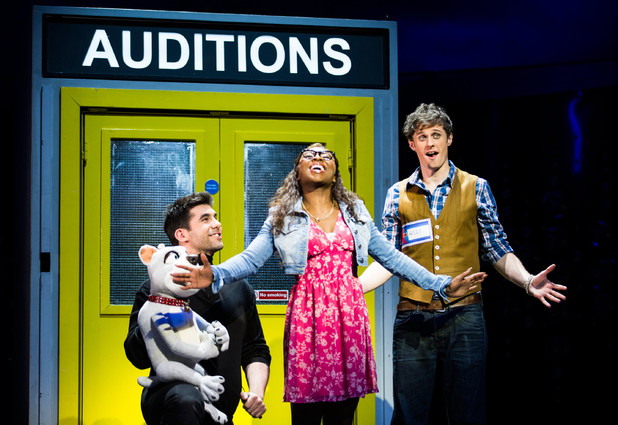 I was certain that the critics would loathe the show. When the deluge of four- and five-star reviews hit, I was gobsmacked, as was my producer friend. So much so that we intended to return to give the show a second chance. The blog I had hoped to be able to write on the subject of I Can’t Sing! then was going to about the magic of the preview process and how a show should never be judged until it’s the “finished” product.

Unfortunately, I didn’t have time for my second I Can’t Sing! visit before leaving the country (and won’t now, as I’m not back until after it closes on 10 May). I do know that many people, not just journalists, whose opinions I trust, saw the show after I did and loved it. Indeed, maybe the production was transformed, but when bad word of mouth gets going – as it certainly did during I Can’t Sing!’s month of preview delays and cancellation – it can be incredibly difficult to turn around, especially in a 2,200-seater with high running costs.

If you’re in London, you still have time to pop in and decide for yourself this week or next – and with 50%-off ticket offers flying around, there’s no excuse. If you do go, please come back and let me know what you think.

In the meantime, best of luck to all of the creatives, company and crew of I Can’t Sing!. Believe me, I know, losing a job – especially one you love – sucks. But enjoy your final performances at the Palladium, and rest assured, we’ll be back cheering for you in your next venture.

More proof Palladium is vast theatre to fill. Just a month since opening @icantsingUK announces closure. It finishes in 2 weeks, Sat 10 May

Ultimately it’s a no from ticket buyers for #icantsing. Producer @StageEntertain says: ‘The West End can be an unpredictable place’

Btw, point of clarification. @icantsingUK has had performances since 1 Mar, but officially opened on 26 Mar to strong reviews

That is a sad state of affairs. “@simonlipkin: Ironically the only thing that’s auditioning at the moment is the actual #xfactor” #icantsing

Get yr skates on. @TheatreBiz says STARLIGHT EXPRESS may replace #icantsing.”Why not? All ages/tourist appeal. Needa show to pack Palladium”