Dialektikon Q&A video and photos: How much do you know about Stokely Carmichael? (And four other big thinkers)

Home-Dialektikon Q&A video and photos: How much do you know about Stokely Carmichael? (And four other big thinkers)

Dialektikon Q&A video and photos: How much do you know about Stokely Carmichael? (And four other big thinkers) 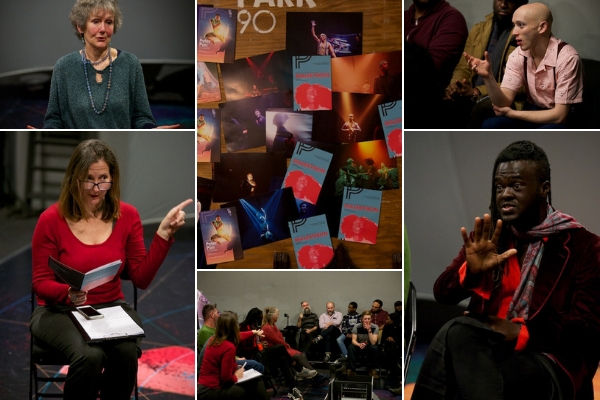 Author Jacky Ivimy was inspired to start writing Dialektikon after coming across film and transcripts from the Liberation of Dialectics Congress.

At this two-week event, held at London’s Roundhouse in 1967, some of the late 20th century’s leading thinkers convened – including Trinidadian-born civil rights activist and Black Panther Stokely Carmichael, English scientist Gregory Bateson, German philosopher Herbert Marcuse, Scottish psychiatrist RD Laing and American beat poet Allen Ginsberg. All of whom now feature in her new play as voices from the past offering lessons to young Miranda, on a fantastical journey through a dream landscape in search of ways to save the world.

The world premiere of Dialektikon has just opened at London’s Park Theatre, care of Ex Nihilo Theatre and its visionary founder Adebayo Bolaji, a painter (as well as a director, playwright, poet and actor – you may recognise him from The Scottsboro Boys) who has approached the stage like a canvas, assembling a group of multi-disciplinary artists to help him paint the play’s surreal landscape.

Adrian plays Stokely Carmichael, who we lingered on quite a bit in last night’s discussion. All the real-life historical figures in Dialektikon are worthy of full plays on their own – I went down the rabbit hole of research in preparation for last night’s event – but I urge you to look up Carmichael (or Kwame Ture, as he was later known), in particular. 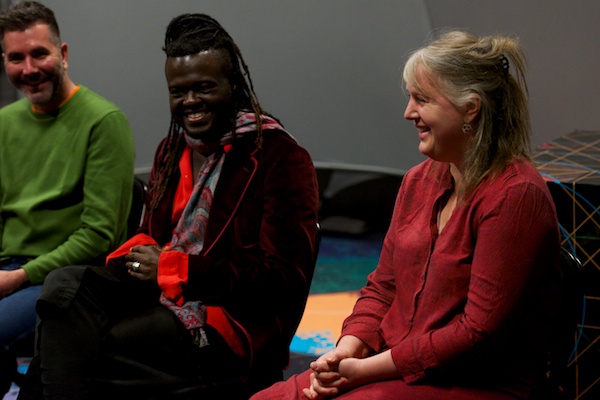 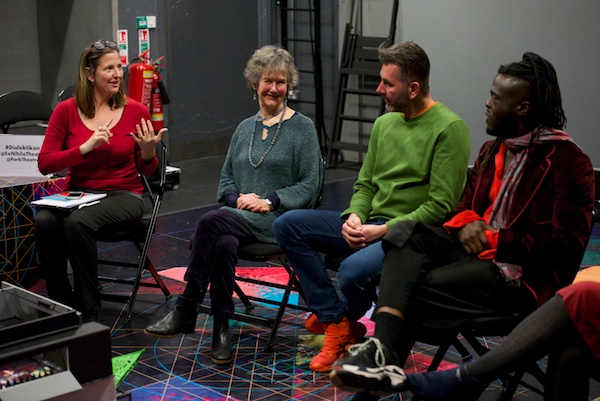 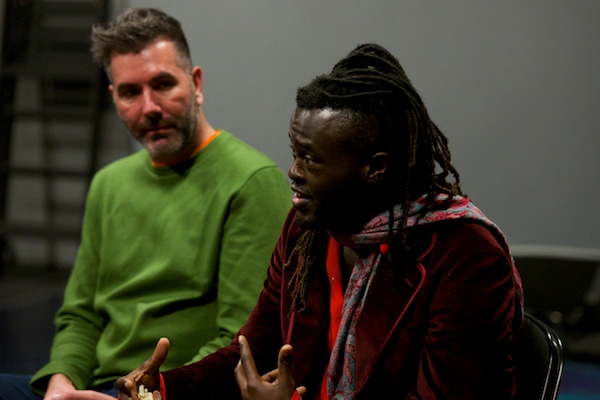 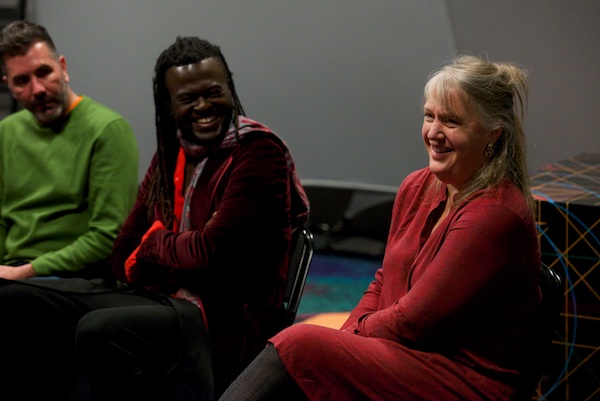 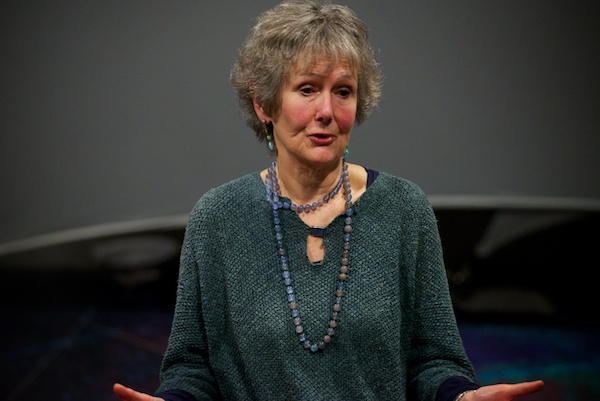 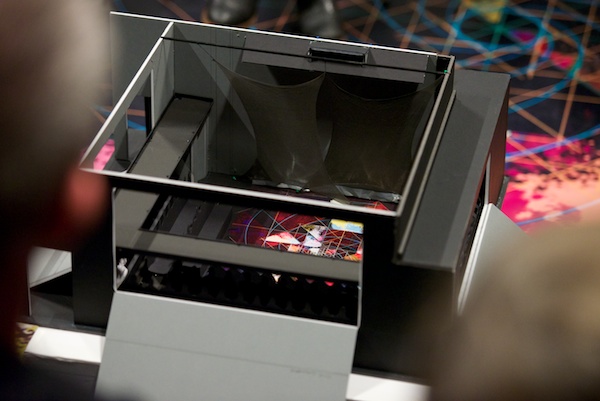 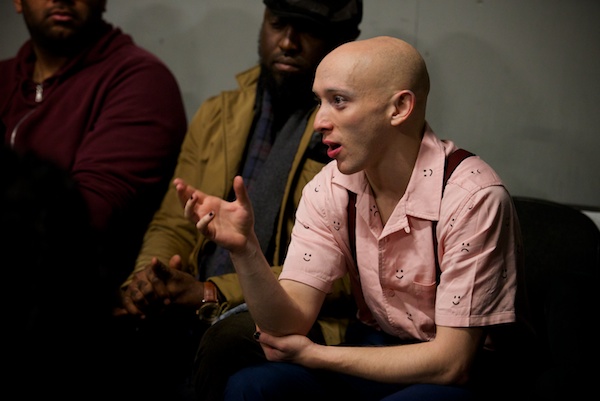 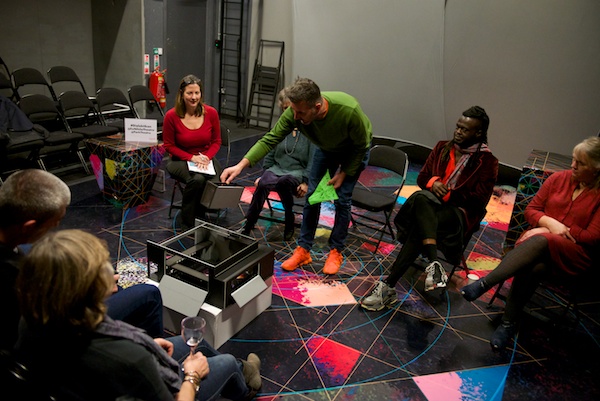 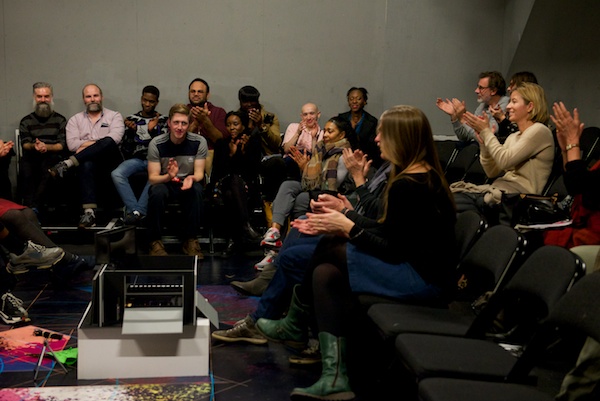