Dark Tourism and the art of the theatrical put-down: 17 top insults

Dark Tourism and the art of the theatrical put-down: 17 top insults

Richard, one of the central characters in Daniel Dingsdale‘s debut play Dark Tourism (like me) has a thing for quotations. The irony is that he’s a peddler of lowest common denominator culture, a “celebrity” PR with a hotline to the tabloids, who once dreamed of high-brow literary success. At one point, Richard (played by Damien Lyne) cites Oscar Wilde. Not “We are all in the gutter, but some of us are looking at the stars” (from Lady Windermere’s Fan), but perfectly apt for his trade, “The only thing worse than being talked about is not being talked about at all.”

Dingsdale owes more than that quote to Wilde, too. And to more recent dramaturgical forebears like David Mamet, Richard Bean and, indeed, my friend Mark Jagasia (whose own tabloid-set comedy Clarion returns to the Arcola Theatre, after a sell-out run earlier this year). He excels in epigrams; or more precisely, zinging insults and put-downs.

And there’s ample opportunity to pack them in in this fast-paced satire on 24-hour ‘news’ and throwaway celebrity ‘culture’, which is populated by instantly recognisable cartoon-size characters. A foul-mouthed stand-up cum radio DJ whose on-air freewheeling gets him into trouble (a la Russell Brand, a hugely charismatic Huw Parmenter), a disgraced kids’ TV presenter (Becky Watson), a film starlet embroiled in a sex-tape scandal (Jill Winternitz), a reality TV reject turned yo-yo dieter (delightfully goofy Tamaryn Payne), a flame-haired, ball-busting tabloid hack (Rebecca Brewer), a PR lackey raised on The Thick Of It (played by Dingsdale himself as if on theatrical speed).

The play takes its title from a comment on the cruelty of modern public shaming-style comedy culture – that it is “a cheap holiday on someone else’s misery” – and it asks us, in an always entertaining way, to question our own media consumption. We have a choice what we give our time to online, after all. And with that in mind, I thought it only appropriate to share some of my favourite zingers from Dark Tourism, below and on Twitter via @TerriPaddock! 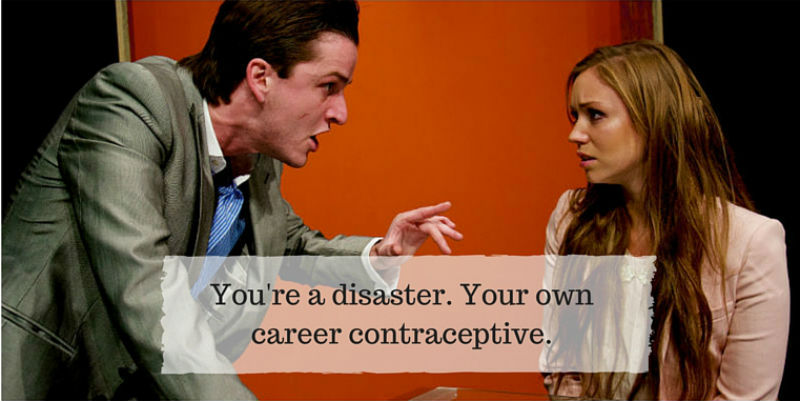 Dark Tourism, directed by Adam Lenson and presented by Essee Productions, continues at the Park Theatre until 24 October 2015.