Home-Q&A video and photos: What happens in the Dames loo on a Friday night? 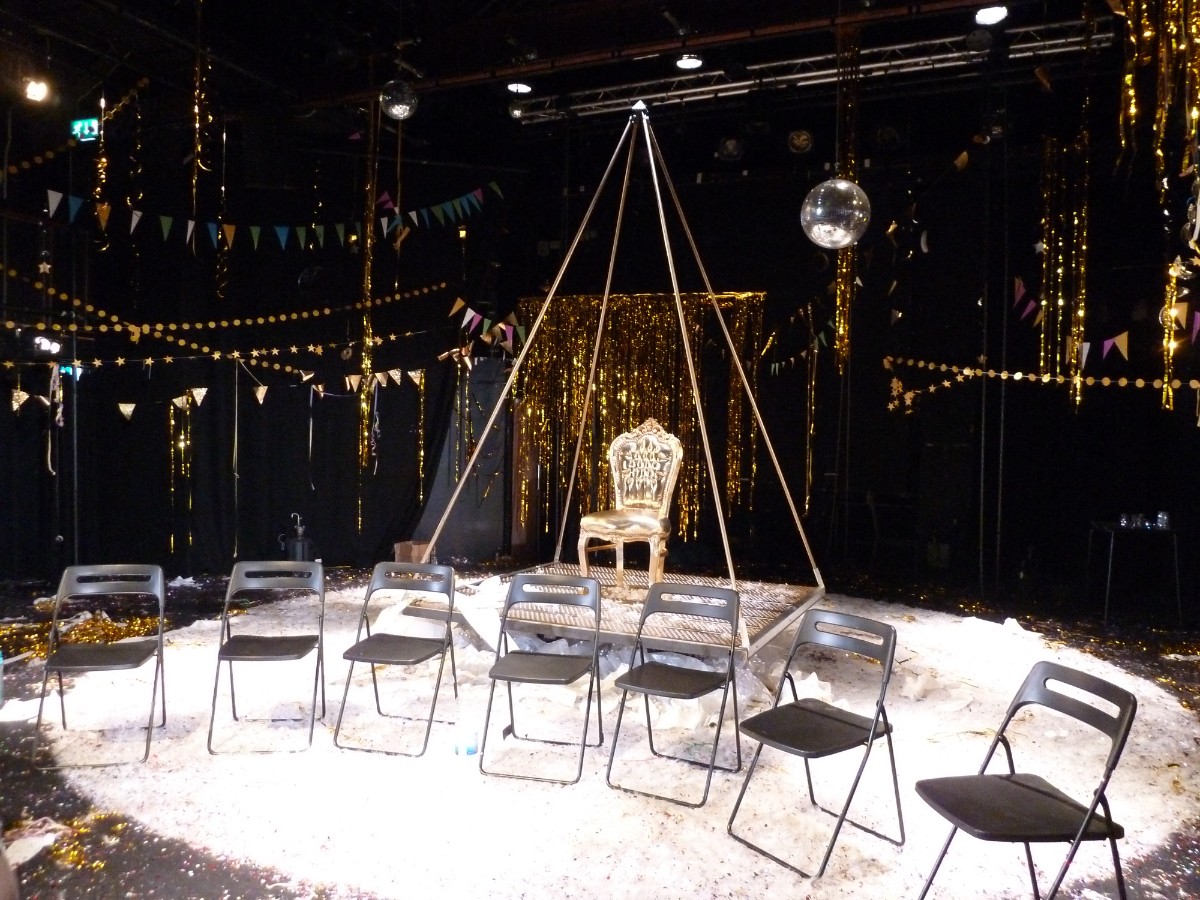 Waiting for the Siberian Lights company to take their seats at the Q&A. © Darren Ross

I missed a trick with my questions last night at the world premiere of DAMES, the surreal comedy about six millennial women who meet in a nightclub loo, which marks the playwriting debut of Charlotte Merriam and the producing debut of Siberian Lights, the company she co-founded with three of her peers at Royal Welsh College of Music & Drama. The question I forgot to ask: what’s the meaning of the name of this female-centric collective?

Here’s the answer. It’s inspired by a quote from a role-model actress, Olivier Award winner Denise Gough, who said:

“We’ve all got little tents in Siberia, and if we were to just poke our heads out and talk to each other, we could have a party.”

Merriam, Arabella Neale, Olivia Elsden and Ellie Heydon poked their heads out of their tents to set up Siberian Lights in 2015 as a support network for themselves and other young female theatremakers, “a place where we can celebrate and unite like-minded creatives by giving them a platform into the industry and a playground to flex their acting muscles”.

DAMES, a celebration of female friendship, has been born from that creative collaboration and is the first of what, I hope, is many Siberian Lights productions. The four co-founders perform the play, along with Bianca Stephens, Melanie Stevens and, also onstage providing musical and technical accompaniment, sound designer Joshua Bowles.

I was joined by all seven for last night’s post-show Q&A at The Pleasance, nearly as raucous if not quite as rude as the totally bonkers play itself (I kept my bra on!). Watch the full post-show Q&A livestream below.