Curtain Up podcast on MyTheatreMates and The Father: When projects converge

Home-Curtain Up podcast on MyTheatreMates and The Father: When projects converge

Curtain Up podcast on MyTheatreMates and The Father: When projects converge 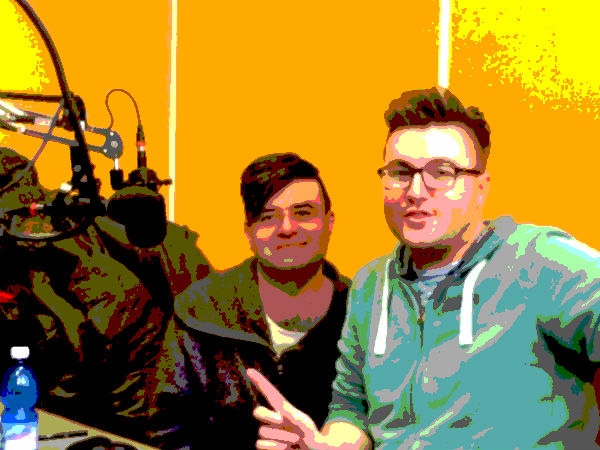 I had a curious but highly enjoyable afternoon this past Friday, when I dropped in on lovely chappies Tim McArthur and Nathan Matthews, presenters of the weekly Curtain Up show on London radio station Resonance FM.

Initially, I’d been invited in to talk about the launch of the My Theatre Mates website as well as the new Also Recognised Awards – the boys have already interviewed my co-founder Mark Shenton (a few times, I think) so I was virgin territory, so to speak.

On the same show, however, they’d also invited in Darren Murphy and Thomas Coombes, respectively, co-producer of and actor in The Father, so then they also wanted to talk about that and the series of post-show panel discussions I’ve programmed for this intense Strindberg revival of Trafalgar Studios (first one – on “Feminism in the age of Fifty Shades of Grey” – was last night and hugely invigorating! podcast and pics coming soon). So then they wanted to talk about that too.

(And then, Tim, who I’ve known for many years, asked me about my unfair dismissal ruling against WhatsOnStage and how I felt about no longer being part of the company. Luckily, we didn’t dwell on that for long – look forward, not backward…)

I love being involved in a range of diverse and exciting projects. And so much more exciting and interesting when they overlap and start to converge, to everyone’s benefit.

The boys invited me to come back to talk about future ventures too. Of which, there are many more to come so I will happily take them up on that offer. In the meantime, here’s last week’s full Curtain Up show, which also includes some sensational show tunes and an interview with hunky Hugh Maynard, the Les Miserables star who has just released a new album.

Thanks, Tim and Nathan. Enjoy everyone!