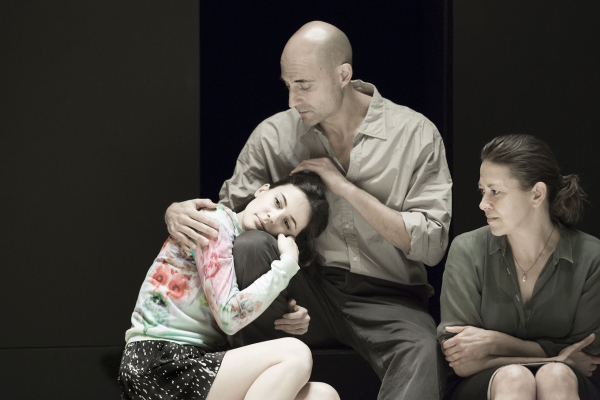 If you read my Best of the Best of #theatre2014 round-ups a few weeks ago, you may have been able to predict most of the winners of the Critics’ Circle Theatre Awards, announced today at the West End’s Prince of Wales Theatre. That’s with the possible exception of Best Actress, which based on the frequency of her name topping 2014 lists, you might have placed your bet on Streetcar‘s Gillian Anderson instead of Helen McCrory, the actual winner, for Medea at the National.

None of which is to say that McCrory or any of today’s winners are anything less than supremely worthy.

Even without a gong for Anderson, the Young Vic – the theatre of the year (and many recent years) for so many people – comes tops today, taking home three awards, two for Ivo van Hove‘s radical reinterpretation of Arthur Miller’s A View from the Bridge (Best Actor for Mark Strong and Best Director for van Hove), about to re-open at the West End’s Wyndham’s Theatre. Excellent.

And the Almeida Theatre, under new(ish) artistic director Rupert Goold, continues to trump other theatres with a specific remit for new writing by winning Best New Play for a second year in a row, this year for Mike Bartlett’s extraordinary “future history play” King Charles III, written entirely in verse – which is about to finish its West End transfer season, also at Wyndham’s (a lucky address?). Last year, it was Goold’s Headlong-commissioned Chimerica, at the Almeida and in the West End, which scooped that and numerous other awards.

Unlike other major theatrical accolades – with the obvious exception of the nationwide UK Theatre Awards – the Critics’ Circle can, and often does, bestow its main prizes on non-London productions, singling them out for glory before capital audiences have had a chance to see them. In the Best Musical category, this last happened in 2010 with the RSC’s Matilda. This year, it’s the turn of Chichester Festival’s Gypsy, starring Imelda Staunton, which transfers to the West End’s Savoy Theatre in March.

Elsewhere, I’m extremely pleased at Most Promising wins for Playwright Barney Norris for his astonishing debut play Visitors, on the devastating impact of dementia on a family, which I loved at the Bush, and for Newcomer [other than a playwright] for the brilliant young actress Patsy Ferran, who managed to steal scenes from the legendary Angela Lansbury in Blithe Spirit and followed that up with Treasure Island at the National.

Notably, both Best Designer winners conjure up a dystopian future where technology has taken over

And, having seen both 1927’s Golem at the Young Vic and The Nether at the Royal Court, re-opening this week at the West End’s Duke of York’s Theatre, I can quite understand why critics were split in their ballots for Best Designer. Notably, both of these productions conjure up a dystopian future where technology has taken over. Also notable, for The Nether‘s Es Devlin, it’s the second year in a row she’s taken home this Critics’ Circle honour, though last year, when she won for Chimerica, she didn’t have to share it with anyone.

Finally, how right that – and this doesn’t happen often enough – the critics’ award for Best Shakespearean Performance goes to the institution whose very remit is to safeguard the bard, the Royal Shakespeare Company: this time for Antony Sher‘s performance as Falstaff in Henry IV Parts I & II. Sher next turns his immense talent on for the RSC in the role of Willy Loman in Arthur Miller’s Death of a Salesman in Stratford-upon-Avon, as part of this year’s celebrations marking the centenary of the American playwright’s birth.

Founded in 1989, the Critics’ Circle Awards are also differentiated by other awards by their selection process. There are no longlists or shortlists, no judging panel power haggling. All members of the Critics’ Circle submit their votes by private ballot and the results are totted up in a strictly equal manner (thus, there are sometimes ties).

Does anyone dare place a bet on the Oliviers?

In addition to the surprises, and just rewards, another thing I like about this year’s crop of Critics’ Circle winners is that they’re SO different from the results of the Evening Standards Awards, the first of the ‘majors’ in the annual theatre awards season, which were held at the end of the November. Winners there included Gillian Anderson for Best Actress, Tom Hiddleston (for Coriolanus) for Best Actor and Rona Munro’s The James Plays for Best New Play – in fact, there’s not one single overlap between the two this year. That may be a first?

Certainly, it means all bets are off come time for the Laurence Olivier Awards in April, for which shortlists are announced in March. Watch this space.

The full list of 2014 Critics’ Circle Theatre Award winners (yes, they date theirs according to the year covered rather than the year when the ceremony is held – not a typo) are as follows. 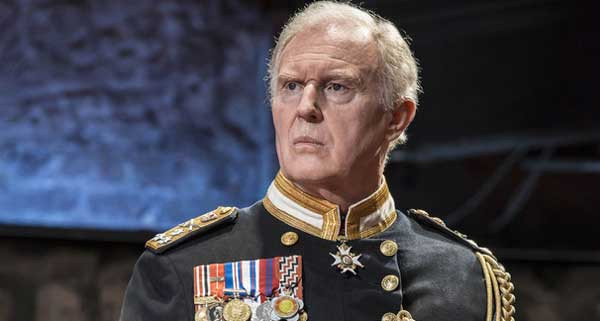 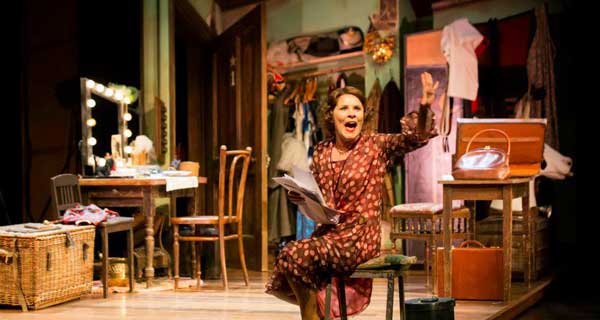 Best Actor – Mark Strong, A View from the Bridge 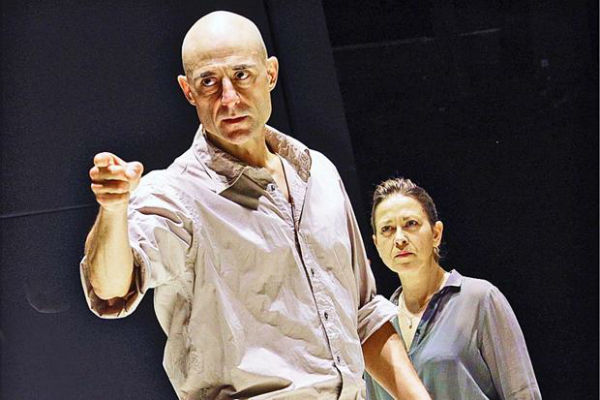 BEST ACTOR: Mark Strong in A View from the Bridge – Young Vic 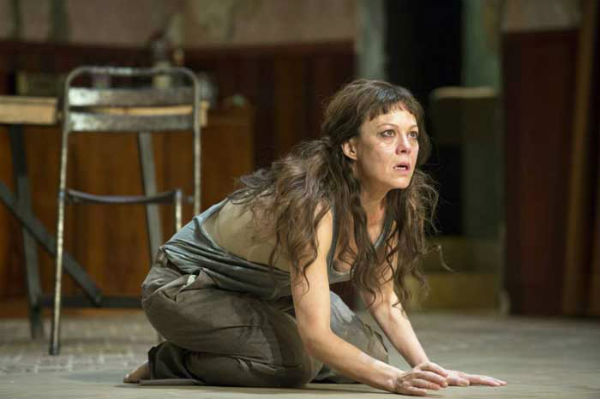 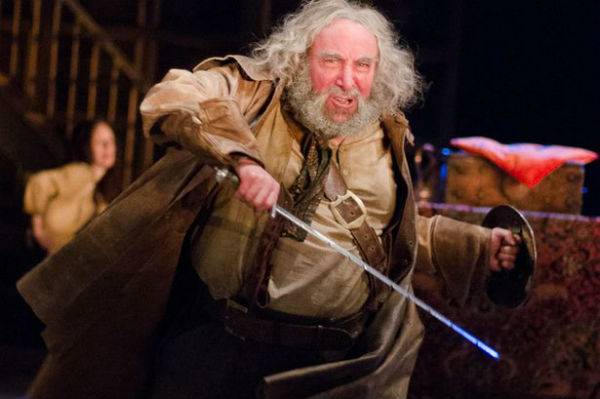 Best Director – Ivo van Hove, A View from the Bridge 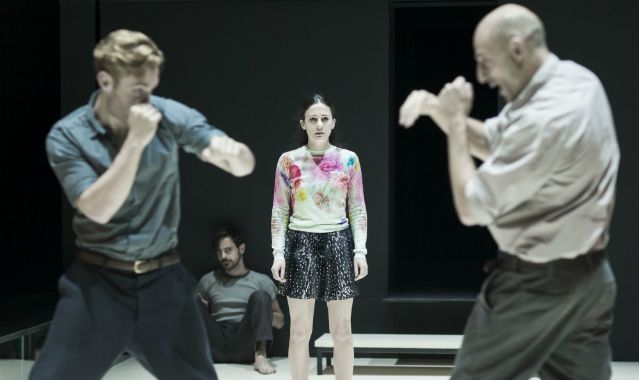 BEST DIRECTOR: Ivo van Hove for A View from the Bridge – Young Vic 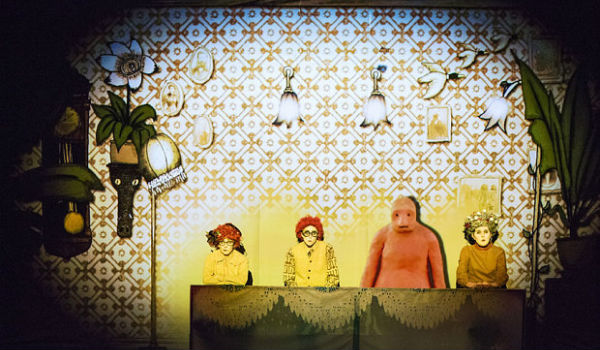 BEST DESIGNER: Paul Barritt for Golem – 1927 at the Young Vic 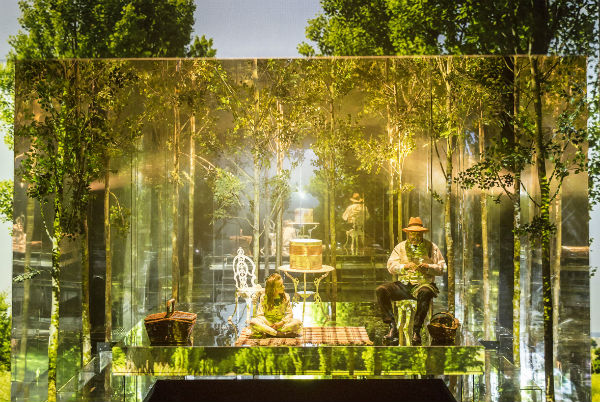 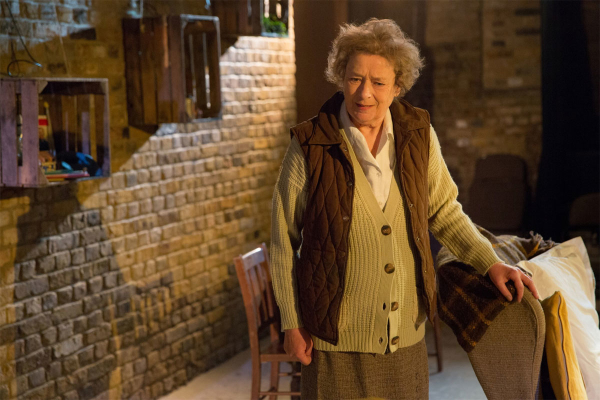 MOST PROMISING PLAYWRIGHT: Barney Norris for Visitors, Up in Arms at the Arcola & Bush Theatres & on tour 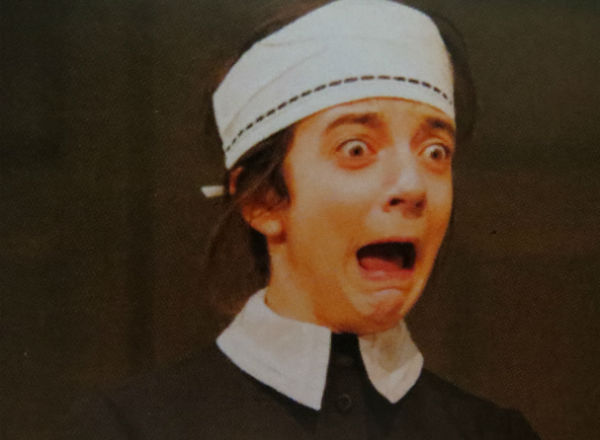 MOST PROMISING NEWCOMER: Patsy Ferran for Blithe Spirit (pictured) at the Gielgud and Treasure Island at the National