Charting The Stage 100: Who are theatre’s biggest influencers and why?

Home-Charting The Stage 100: Who are theatre’s biggest influencers and why?

Charting The Stage 100: Who are theatre’s biggest influencers and why? 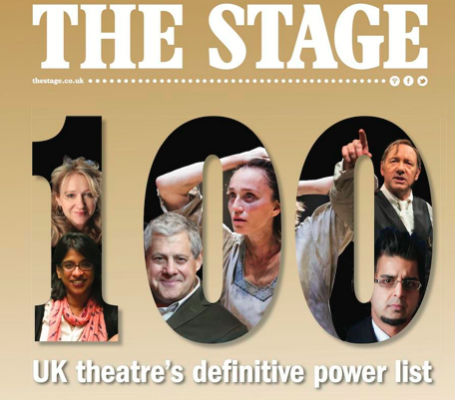 In this new year gorgefest of lists, The Stage‘s annually compiled Stage 100 of the top influencers in theatre takes the cake. Launched in January 1997, The Stage 100 is now in its 19th year and always makes for fascinating reading – and, I’m sure, lots of behind the scenes disagreements on risers, fallers, inclusions and omissions. (Why on earth aren’t I on it – I mean, really, how very dare they! 🙂 )

They aren’t alone in being together. There are 23 pairs (or even teams) of influencers in this year’s lists, bringing the total number of influential individuals recognised by the industry newspaper to 127.

Overall, 23% of Stage 100 entries are joint influencers; within the Top 20, where partnerships account for 60%, the phenomenon is even more notable. Which just goes to show how important collaboration is to theatre-making success.

And just to help visualise those stats I just threw at you, here are a few doughnut charts. Yum, yum, data tastes delicious. 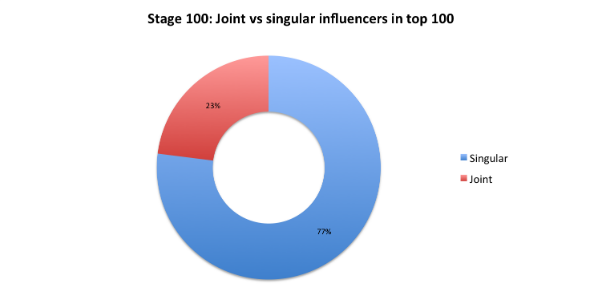 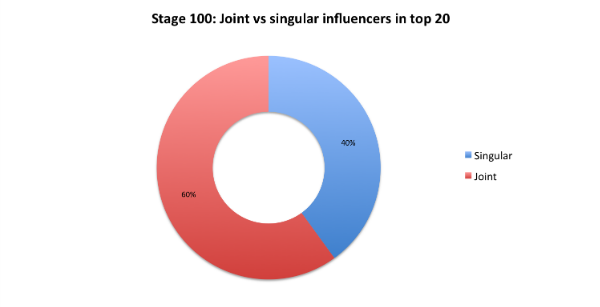 With its emphasis on the leading movers and shakers, The Stage 100 also fans the flames around the comparative lack of women and ethnic minorities in our industry’s key positions. Women account for only 26% of influencers on the list. BME representation is even scarcer with only four individuals listed: Tricycle Theatre artistic director (and the only BME woman) Indhu Rubasingham, Bush Theatre artistic director Madani Younis, actor Lenny Henry and journalist Baz Bamigboye. 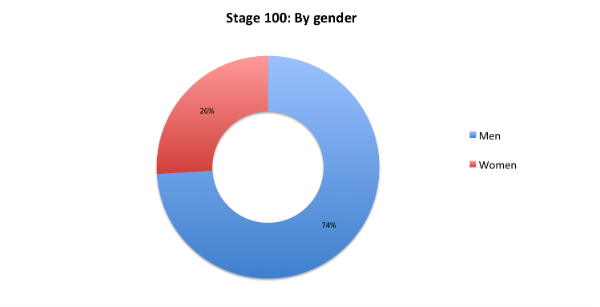 Regardless of gender or ethnicity, The Stage 100 also provides plenty of proof that, if you want to wield true power, you shouldn’t become an actor – or a designer, designer or journalist for that matter. (But well done to the Guardian‘s Michael Billington and Lyn Gardner, deemed to be the country’s most respected critics, and, again, Daily Mail columnist Baz Bamigboye for having his finger on the pulse and breaking theatre news stories.) 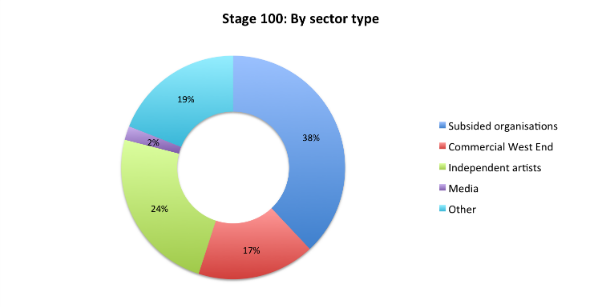 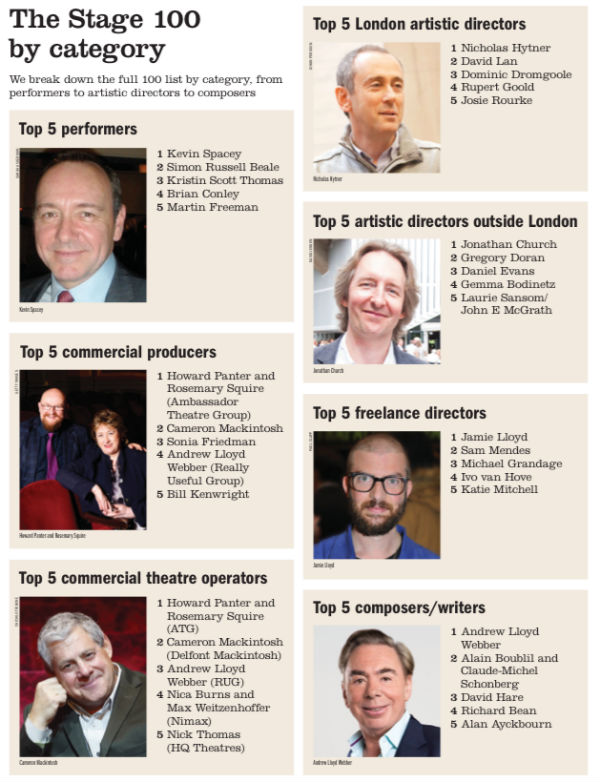 For full listings and bios from The Stage 100, visit www.thestage.co.uk.