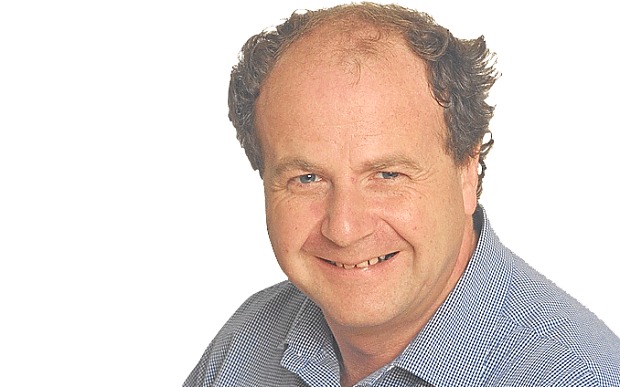 When the Daily Telegraph announced yesterday that Charles Spencer is retiring after 25 years as the newspaper’s theatre critic, there was an outpouring of appreciation for Charlie on Twitter: his long service, his astute opinions, his coins of phrase (Nicole Kidman = “pure theatrical Viagra”) and his public battles with his personal demons (alcoholism and depression). [Scroll down for a selection of tweets.]

A different kind of send-off

But while Charlie has retired, and received a dignified and rousing, celebratory send-off, Mark’s 11-and-a-half year tenure as theatre critic for another national newspaper came to a much less happy end last December. 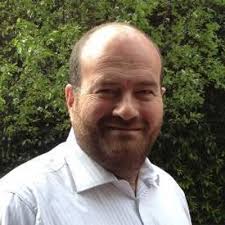 He was unceremoniously ousted by the Sunday Express after a “reader” emailed the editor a nude picture of Mark taken privately by a lover more than 15 years earlier. The “concerned reader”, claiming to be a family man named “Sam Walker”, also sent a link to a website for gay men, where other pictures taken by the same lover had been posted behind a paywall, without Mark’s knowledge or consent.

Mark has spent the past nine months fighting this dismissal, culminating in his employment tribunal a fortnight ago. He is still awaiting a decision – these take four weeks on average to be delivered – and thus still unable to speak about the case.

Whether or not the tribunal rules that Mark’s dismissal was legally and technically “unfair” – and much of this hinges on whether he was “just” a contributor or, due to his length of service and proportional income, a virtual employee – I can report that it was certainly ethically unfair.

I attended the tribunal on 19 August (a fun trip to Croydon). By the evidence presented and the Sunday Express’ own admission, it is clear that the charge against Mark was made by a vindictive complainant, most probably a disgruntled ex-lover who has previously harassed Mark. The extent of investigation undertaken to identify the complainant was to send a single query to the individual’s webmail account, which was never answered.

As Mark testified at the tribunal: “It was humiliating to be called to account on something that happened many many years ago and had no bearing on my job whatsoever.”

“It was humiliating to be called to account on something that happened many many years ago and had no bearing on my job whatsoever.”

What made watching proceedings even sadder was the testimony of Express editor Martin Townsend, who gave Mark and his work ethic a ringing endorsement. Townsend thought Mark was an excellent critic, valued his standing and was proud to have him work for him.

Mark “lives and breathes theatre”, said Townsend, and over the 11-and-a-half years that Mark worked for the newspaper, he was so committed that he had never missed a single week – filing copy even when on holiday, when ill, when in hospital recovering from an operation. “He was a trooper,” said Townsend, his reliability hugely “admirable”.

The strange world of theatre critics and tabloid editors

In his testimony, Townsend also lifted a veil on the “strange world of theatre critics”. He said his familiarity with this “closed, backbiting little world” had made him suspicious of the motives of “Sam Walker”. “I had been approached many times over the years by various people who had tried to dislodge Mark from his gig [at the Express]. I thought it may have been a rival trying to oust him.”

All of which begs the question: why then did the Express management do so little to defend and retain such a valuable member of the newspaper’s team?

Townsend’s testimony also revealed more about the strange world of tabloid newspaper editors and the pressure they can place on contributors desperate for an income. Mark was called upon to provide a ticketing service, regularly securing comps for Townsend, his deputy and even Express owner Richard Desmond (can Richard Desmond really not afford to buy his own theatre tickets?!)

Townsend also pressured Mark, when interviewing the actress Amanda Holden, to ask her about a recent miscarriage, despite being told by the PRs that the subject was off-limits. “I take the view that there is no such thing as an indiscreet question,” said Townsend, “just an indiscreet answer.” [Note to Richard Bean: Get this transcript for your sequel to Great Britain.] 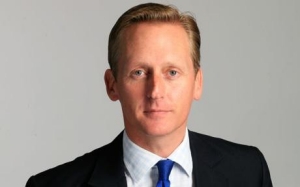 As a contributor, said Townsend, Mark was, of course, under no obligation to do any of these things, these were just “favours” asked of him. Favours that, if refused, may jeopardise his livelihood?

My own perception of the “strange world of theatre critics” was actually improved after attending Mark’s hearing. Over the years, Mark has rather famously had a go at Tim Walker, the Sunday Telegraph’s theatre critic or “theatre cretin” as Mark once referred to him.

As for the Charles Spencer’s succession at the Telegraph, Dominic Cavendish, who has been Charlie’s deputy since 2000, will take over to lead the reviewing team. Fourteen years is quite long enough to deputise. I am thrilled for Dominic and look forward to reading his reviews for, let’s hope, many more years to come. As long as no one has any embarrassing photos to share of Dominic?