Bacon post-show video and photos: Balancing on the see-saw of power in a toxic relationship

Home-Bacon post-show video and photos: Balancing on the see-saw of power in a toxic relationship

Bacon post-show video and photos: Balancing on the see-saw of power in a toxic relationship 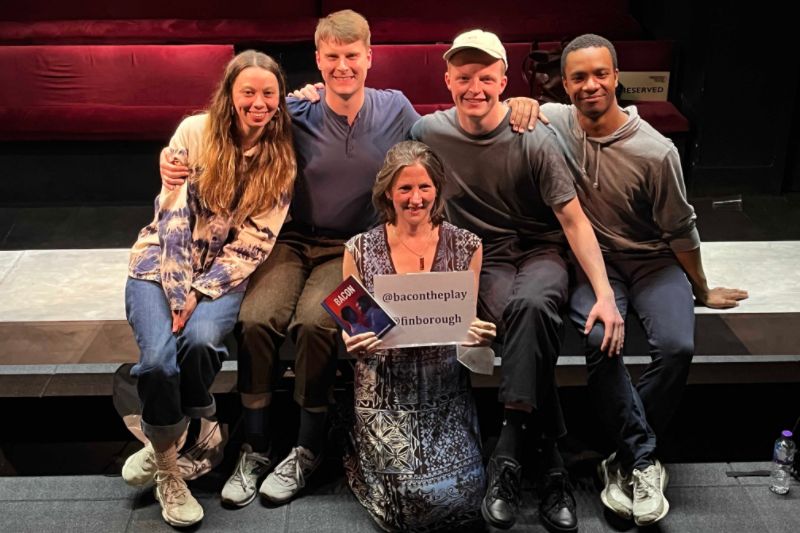 The spark of an idea for award-winning new two-hander Bacon, now in its extended world premiere season at London’s Finborough Theatre, came when playwright Sophie Swithinbank, then working as a nanny, witnessed a bullying incident between two boys in a park.

Though it reminded her of an unhealthy friendship she had as a girl, it inspired her to dig further not just into the nature of toxic relationships between young people generally, but particularly between boys, where warped ideas of masculinity add to an already combustible mix.

Bacon is set in Year 10 in a school where Mark (Corey Montague-Sholay) is new and too scared to make friends and Darren (William Robinson) is out-of-control and too scary to make friends. The two need each other but neither of them would ever admit it. Worlds apart, but more similar than they realise, they form a complex and manipulative relationship that leads them blindly into a dangerous experiment that alters the course of both their lives.

The changing power dynamic in Mark and Darren’s relationship is brilliantly conveyed in director Matthew Iliffe‘s production by an ever-shifting see-saw (designed by Natalie Johnson) and the gut-wrenching performances of Montague-Sholay and Robinson.

Following last night’s performance at the Finborough, I climbed aboard that see-saw, which – thanks to sturdy stabilising blocks – doubles as a bench – to chair a discussion with writer Sophie Swithinbank, director and stars. In the wide-ranging discussion, we delved more into the play’s journey to the stage (complicated by, guess what, a pandemic), its future as a television series, the attraction of new writing, the physical challenges of the production, class inequities, school uniforms, the sound of sizzling bacon, multiple award nominations and accolades, and much more.

Bacon has extended at the Finborough Theatre until 2 April 2022, with many remaining performances already sold out. 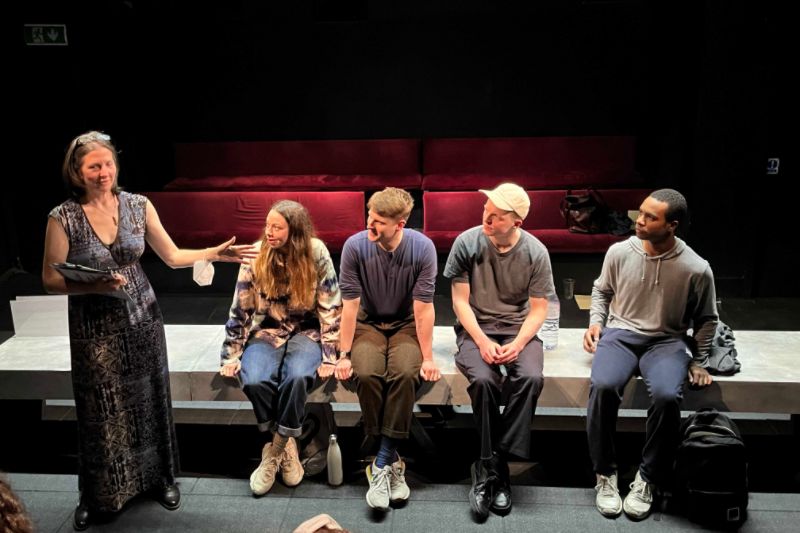 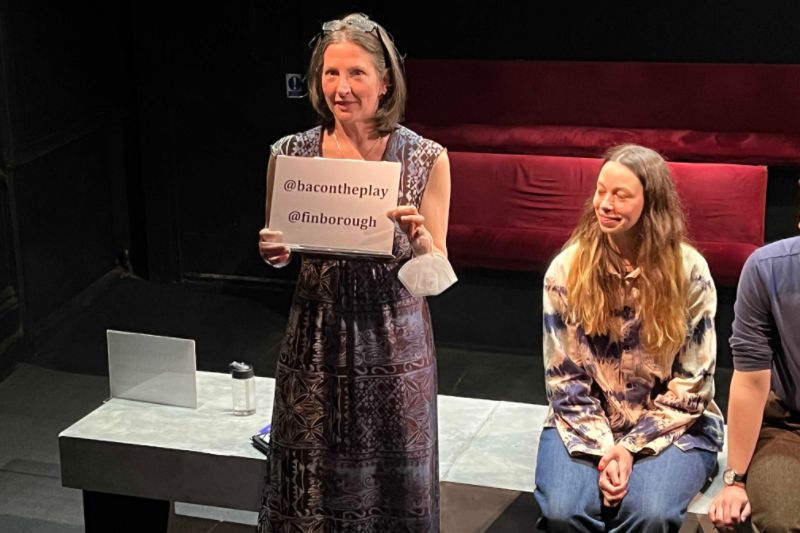 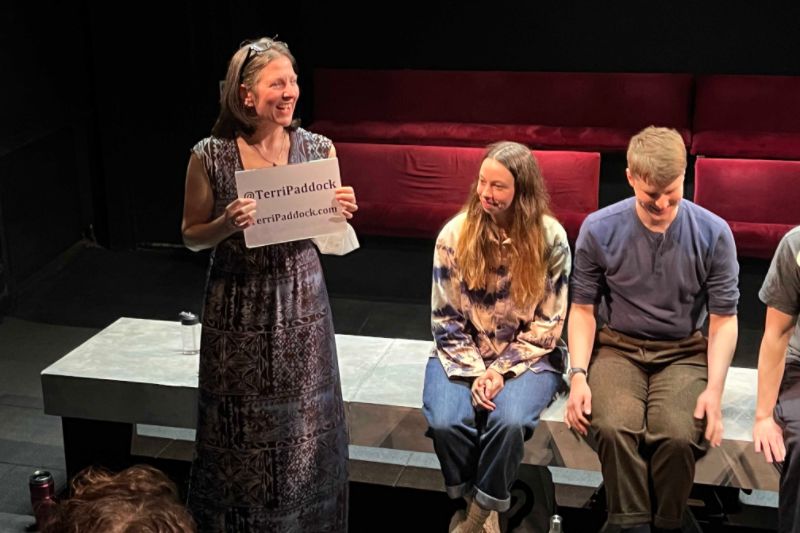 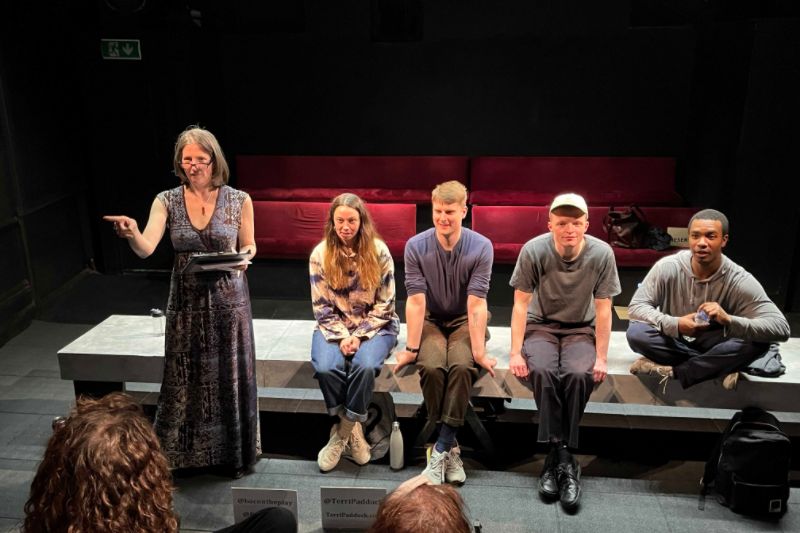 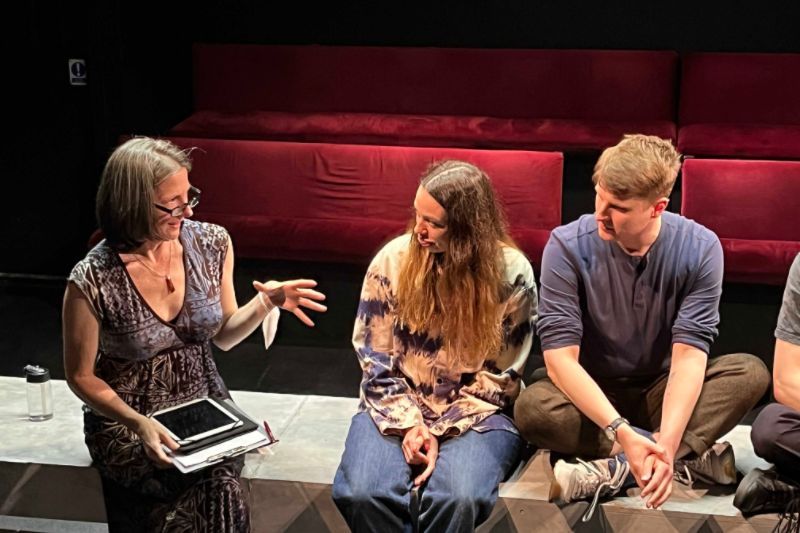 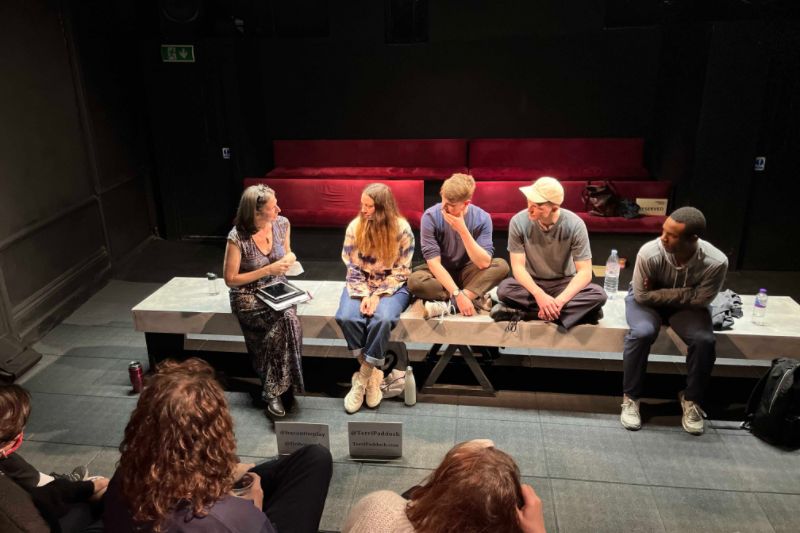 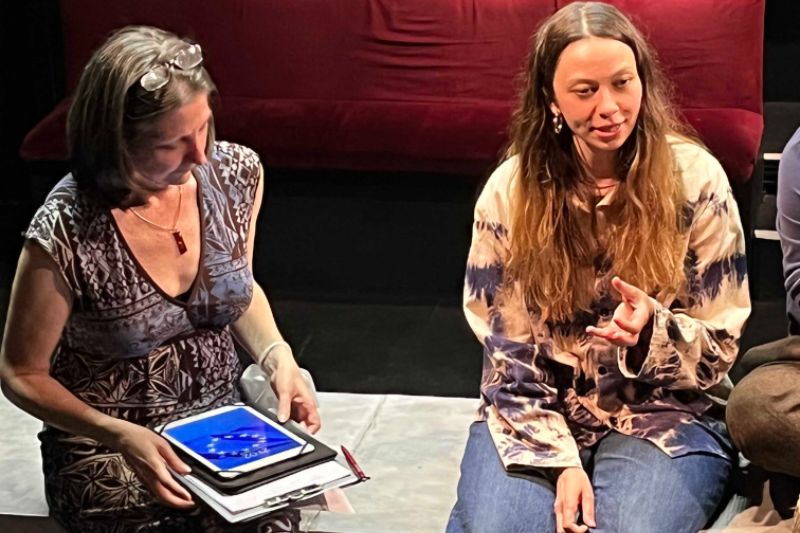 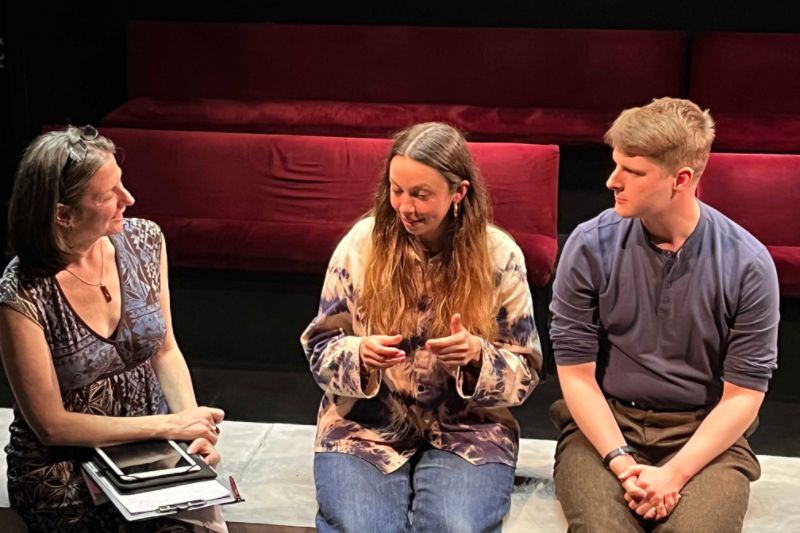 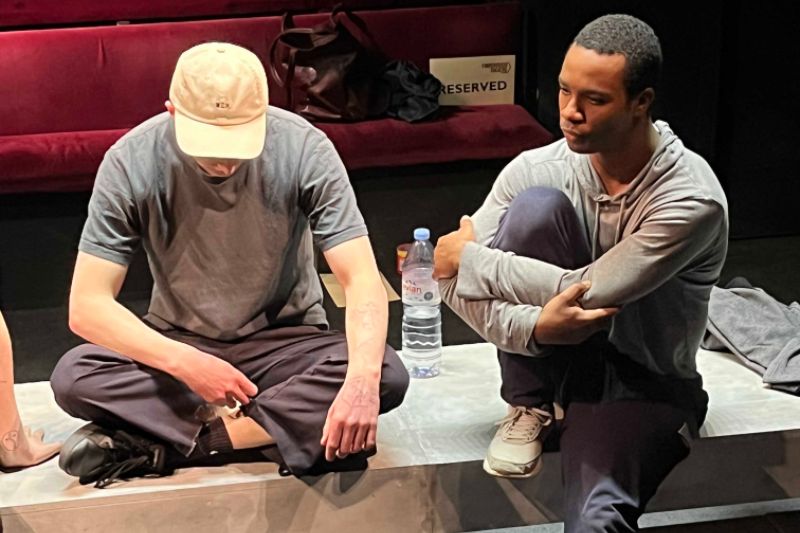 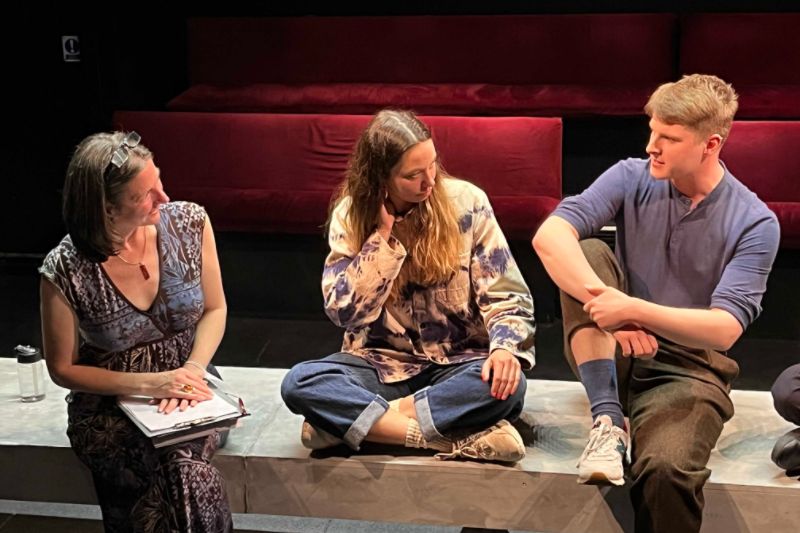 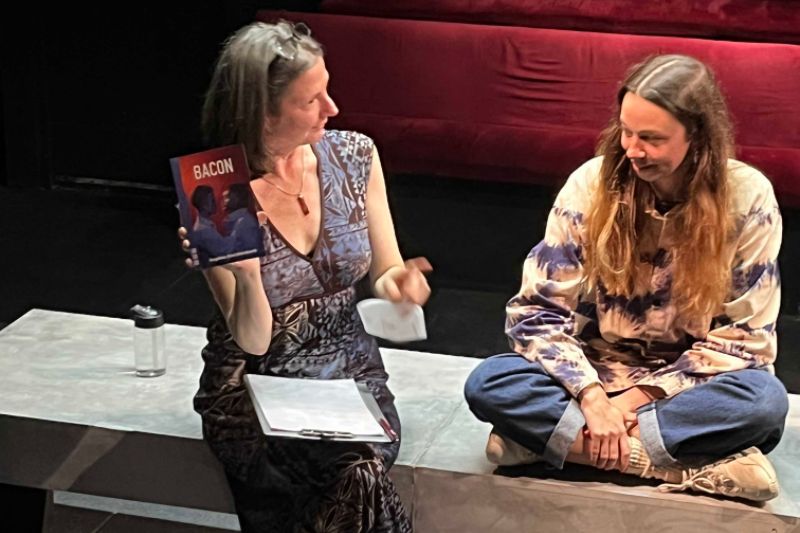 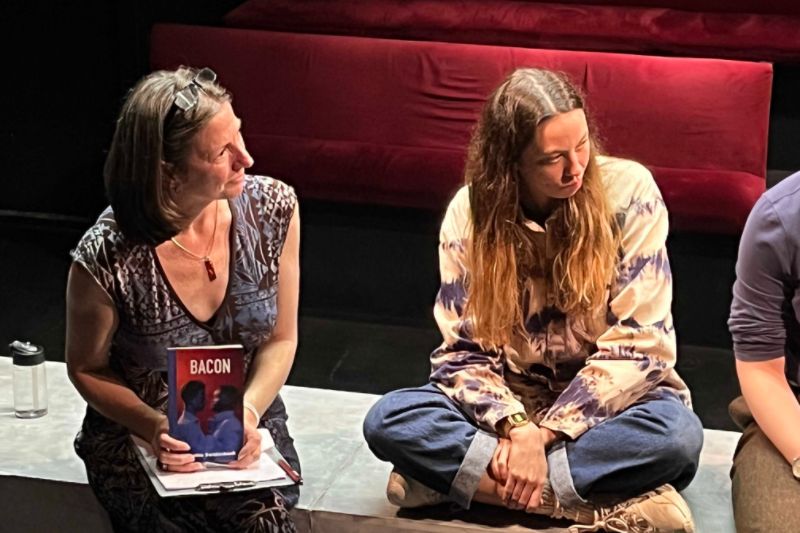 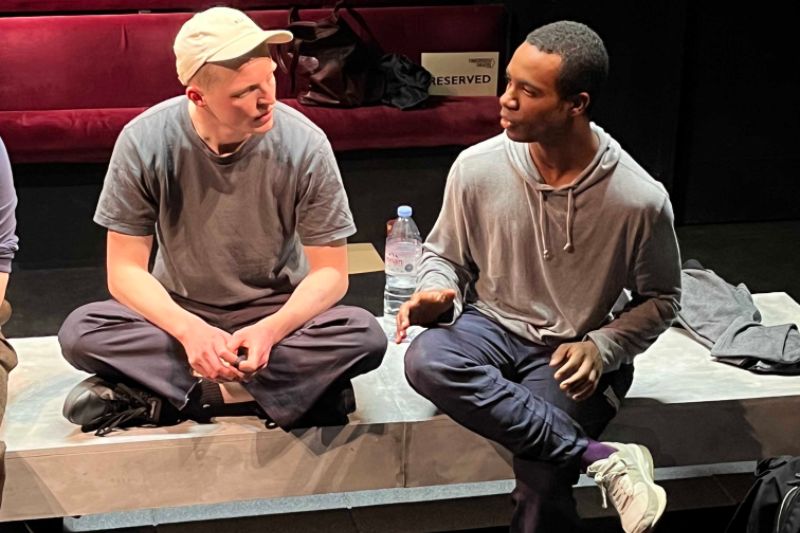 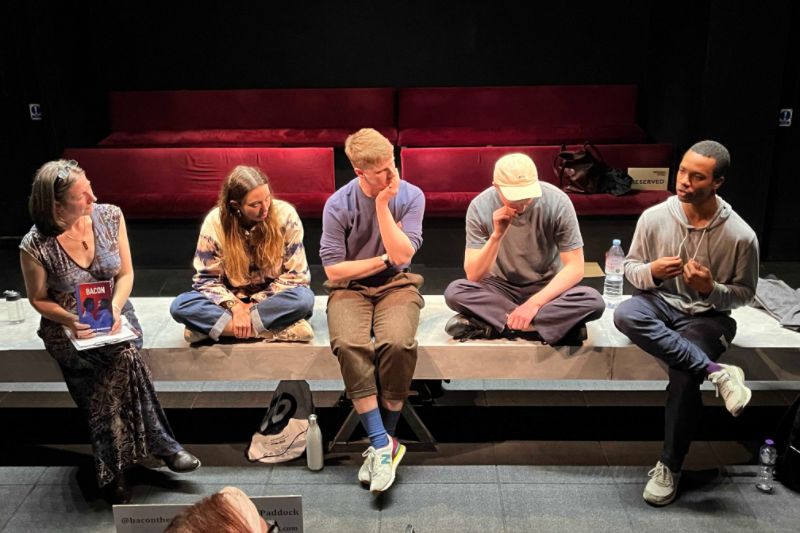 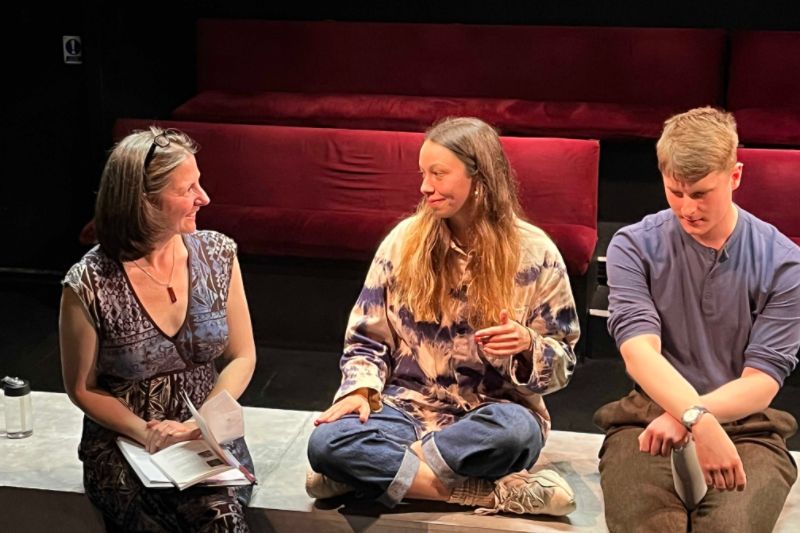 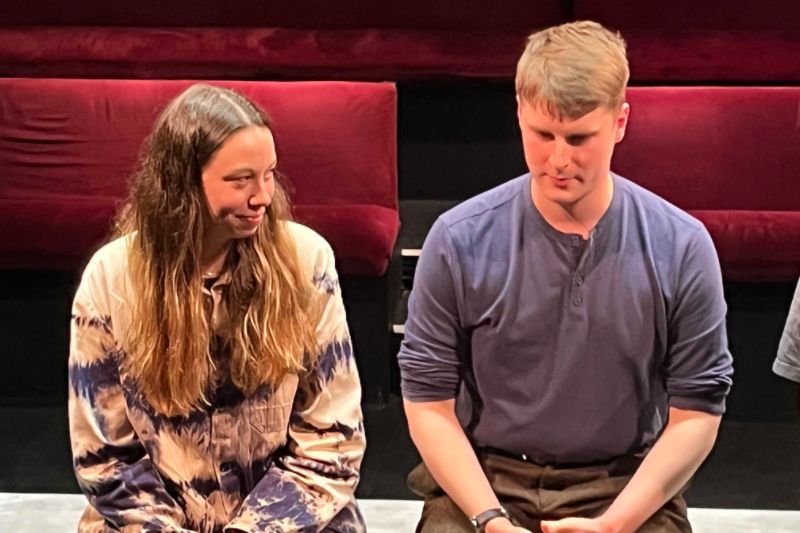 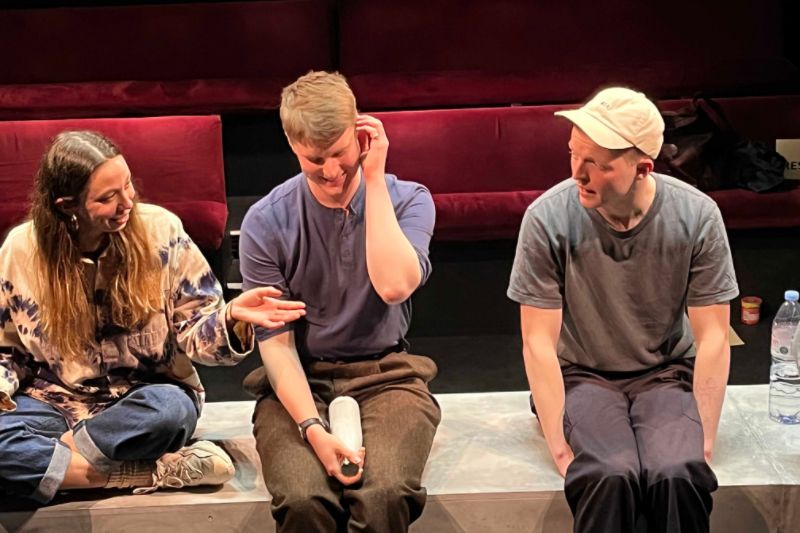