A View from Islington North: “It’s not all about deselection”

Home-A View from Islington North: “It’s not all about deselection”

A View from Islington North: “It’s not all about deselection” 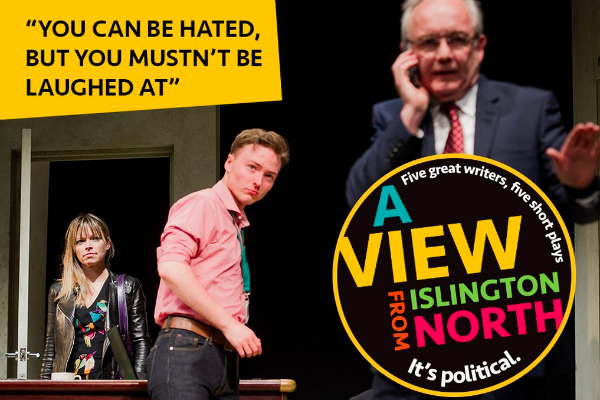 The Accidental Leader, about a foiled Corbyn coup, is one of five plays in A View from Islington North

Having never met him before, in less than a week, I’ve crossed paths with Jon Lansman, chair of Momentum, twice. Last Thursday, he attended the monthly meeting of my constituency Labour party (CLP), in which one of his colleagues threatened the deselection (or to be precise, the “mandatory reselection”) of my MP. Tonight, I ran into him on the red carpet for the West End opening of Out of Joint’s evening of five short political plays, A View from Islington North.

I said hello to Lansman tonight and pointed out that we’re in the same CLP, where I’ve never seen him before. He said he’d only moved into our constituency in September, which is why he hadn’t attended any meetings previously. Coincidentally (?), last Thursday’s meeting included voting for nominations to internal party positions (for Labour nerds: the National Executive Committee and the National Constitutional Committee), in which Lansman nominated and spoke on behalf of two Momentum candidates. And the meeting ended with some heated exchanges, including the deselection speech, in reaction to a recent Guardian article written by our MP Neil Coyle, in which Neil said that the Labour Party’s results in this month’s elections were not good enough and that he regretted nominating Jeremy Corbyn in last year’s leadership race. 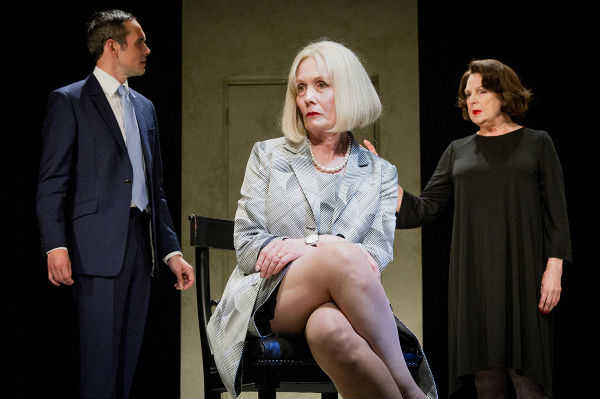 Tonight, I asked Lansman if he could ask his colleagues to stop calling for the deselection of our MP. He maintained that the intervention at our CLP was not meant seriously but only as a “light-hearted joke”. It didn’t sound light-hearted, I replied. “It’s not all about deselection,” he told me. Then the zinger: “Don’t believe everything you read in the media.”

Hmm. Well, first of all, I didn’t say it (Corbyn? Momentum? The party’s general far leftward trajectory or, as Lansman calls it in his Twitter profile, “after decades in the Wilderness, heading for the Promised Land”?) was all about deselection. (There are plenty of other aspects, good and bad, I could acknowledge about all of the above it’s). And, second of all… don’t believe everything I read in the media? We were discussing an incident I witnessed. 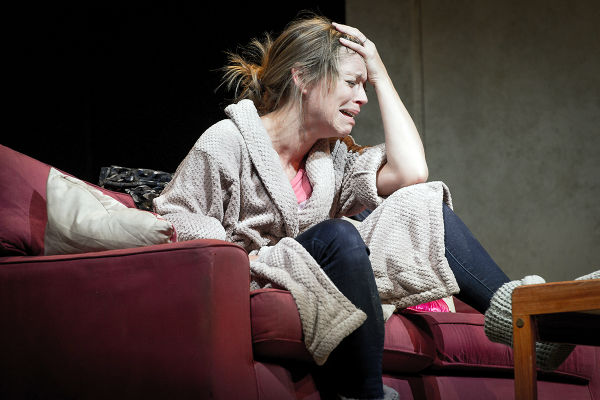 Sarah Alexander is excellent in Mark Ravenhill’s The Mother, receiving news of her soldier-son’s death

My opinion of what’s happened to the Labour Party over the past year is not wholly, or even mainly, informed by what I read in the reviled “mainstream media” but by being deeply involved in the party throughout the whole sorry mess.

Once we took our seats at the Arts Theatre tonight, the evening continued with true art-imitating-life moments. Alistair Beaton’s The Accidental Leader imagines a possible “coup” attempt against Corbyn, set in the office of a backbench Labour MP who’s orchestrating resignations in the Shadow Cabinet. 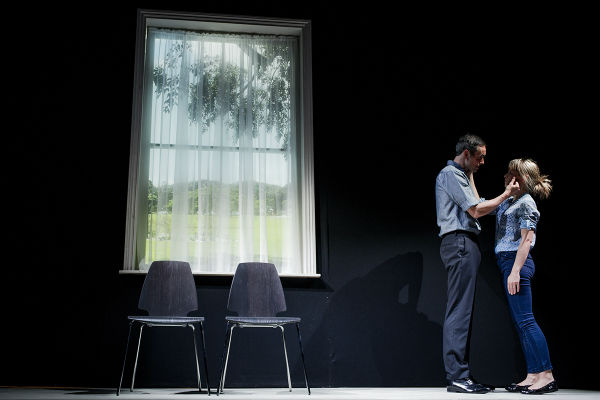 I won’t give the plot away but, suffice to say, here too there are threats of deselections not to mention mobilising Momentum’ (or rather, the fictional Impetus’) 90,000 clicktivists against any moderate MPs who undermine or attempt to topple the leader, the discrediting of all achieved by the last Labour Government and the assertion that the party shouldn’t prioritise winning elections.

When I heard the Impetus staffer brandish Corybn’s endlessly-cited “huge mandate”, I wanted to tear my hair out with frustration (absolutely true to life!). I’m sure I was in the minority in tonight’s audience whose sympathies were with the backbencher (played by Bruce Alexander): “Principles without power, what is the point of that?” What is the point indeed? 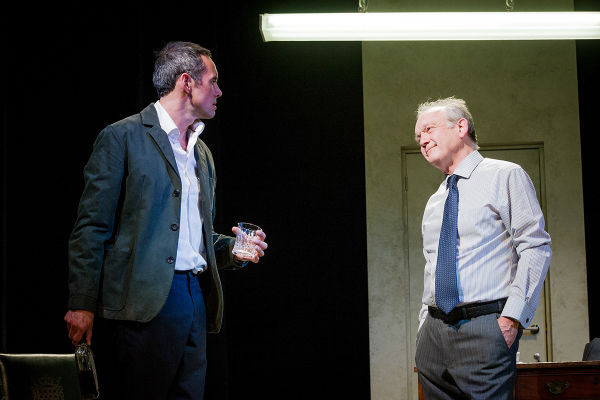 Another character in The Accidental Leader, a Shadow Cabinet member who decides to pledge allegiance to Corbyn rather than resign, says that, as incompetent and chaotic as he is, under his leadership “at least it’s chaos with hope”.

“Hope”, another endlessly-cited word in sentences starting with “Jeremy Corbyn”. Well, from my political perspective, there’s a marked difference between hope and false hope, and the current state of the party leaves me feeling totally hopeless. Not to mention very sad and very angry.

But, hats off to Out of Joint, for bringing political satire into the heart of the West End in the run-up to the EU referendum (related for and against also touched on in David Hare‘s contribution Ayn Rand Takes a Stand). Political satire is meant to be provocative – and it certainly provoked me!

A View From Islington North, directed by Out of Joint’s Max Stafford-Clark, also includes plays by Mark Ravenhill (The Mother), Caryl Churchill (Tickets Are Now On Sale), David Hare (Ayn Rand Takes a Stand) and Stella Feehily (How to Get Ahead in Politics) as well as a song written by Billy Bragg (No Buddy, No). It continues at the West End’s Arts Theatre until 2 July 2016.