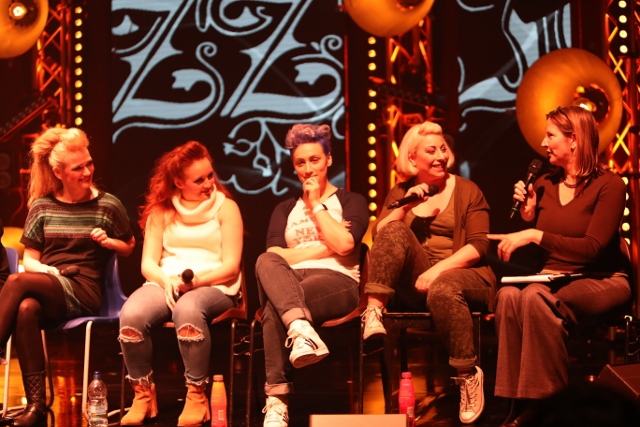 The American gothic rock musical LIZZIE, which is now receiving its UK premiere in a limited season at London’s Greenwich Theatre, opens and closes with a nursery rhyme I memorised in my own American youth about the real-life 19th century crime:

So there was plenty to talk about for last night’s post-show Q&A, when I was joined on stage by the producers, the writers, director Victoria Bussert and the cast, with lots of input from a very enthusiastic audience. Why was Lizzie Borden acquitted when she seemed so clearly guilty? What happened to the women involved afterwards? What audition songs got Bleu and Jodie the jobs? Why did Eden choose this piece for her UK debut? How did the director make heads explode onstage so effectively? Can men be feminists too? Do the cast get to keep their ‘mega-slut’ costumes? Have a listen to the full unedited podcast below for answers to these and many other questions! (Oh, and apologies for the rather abrupt start on the audio – I forgot to set up my recorder until I was halfway through my introductions). 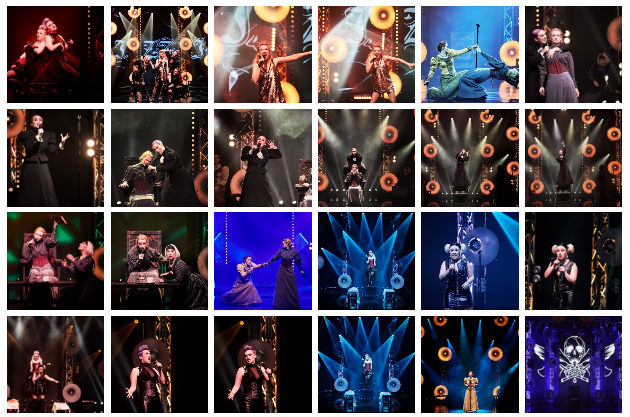