6 Quotes: What can Buried Child tell us about Trump’s America?

Home-6 Quotes: What can Buried Child tell us about Trump’s America?

6 Quotes: What can Buried Child tell us about Trump’s America? 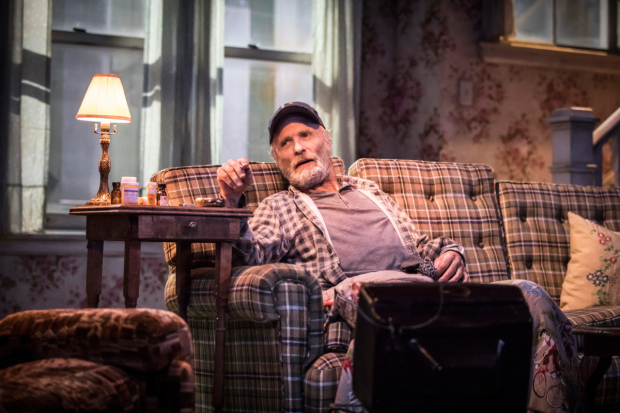 What does Sam Shepard’s 1978 play Buried Child have to tell us about America after the presidential election of Donald Trump? The West End transfer of the New Group’s production, first seen in New York this past February, was announced in September, when the likelihood of a Trump presidency was still being dismissed by most pundits.

But even then the release noted the connection between the then of the play and the now of modern America: “Set in rural America as it was reeling from a recession, the downturn of the agricultural industry and with a rising popularity in highly conservative candidates, the similarity of the political atmosphere in 1979 and 2016 is compelling, especially in the run up to the American Presidential Election in November.

An excellent article on “Disenfranchised America” by Mark Fisher in the Buried Child programme goes further in putting things into a context that sounds straight from today’s news pages. “Shepard’s play ran counter to the myth of the American Dream,” Fisher writes. “Where once America had seen itself as a land of plenty, now it was a country turning in on itself, bitter and divided.”

Ed Harris plays Dodge, patriarch of a family whose fortunes turned long ago and who now presides over the down-at-heel homestead, both he and the house dirty and crumbling. He’s father to three sons, one dead, the other two seemingly out of work, one whose lost half a leg (Gary Shelford), the other half a mind (Barnaby Kay); and husband to a straying wife (Amy Madigan – also Harris’ real-life wife) who’d rather put her faith in the church and its vicar (Jack Fortune) than the men in her life. Into this dysfunction walk two cosmopolitan coastal elites: Vince (Jeremy Irvine), who may or may not be Dodge’s grandson, and his sassy girlfriend Shelly (Charlotte Hope).

In amongst the myriad analyses I’ve read about the appeal of Trump to families just like this one, I kept thinking of a recent Newsnight piece by photographer Chris Arnade. Arnade has travelled around this area of the US extensively; Trump voters have felt so humiliated for so long, he deduced, and Trump has given them back some sense of pride, some sense that they deserve to be and can be winners again.

I am in no doubt that were they real and still alive in 2016, Dodge and the “left-behind” members of his family in Buried Child would all have voted Trump last month and would have fallen out some time ago with Clinton- (or possibly Jill Stein-) voting Shelly and Vince. I’ve gathered quotes from the play that speak to this – though, note, the lines quoted aren’t necessarily spoken by the character pictured. They do, however, seem to apply to them all.

In another programme article, director Scott Elliott – who was in London during the UK’s own fateful battle at the ballot box in June, when the last New Group transfer of Jesse Eisenberg’s The Spoils was opening – further notes the parallel to our shared experiences.

“It’ll be interesting to watch [Buried Child] with British audiences, because you guys are having problems of your won. I was in the middle of the Brexit debate and it was fascinating to see the divide in the country. We have a kinship in that our countries are both in upheaval and this play represents that in a microcosmic way.”

Incidentally, at the opening night of Buried Child, I had the privilege of meeting one of my favourite London-based Trump truthtellers, fellow American Sarah Churchwell, who is professor of American Literature at the University of London – and a wonderfully forthright BBC Question Time panelist. Her parting words to me at the theatre about the upheaval we’re facing on both sides of the Atlantic: “Keep fighting.”

Buried Child continues until at the West End’s Trafalgar Studios until 18 February 2017.