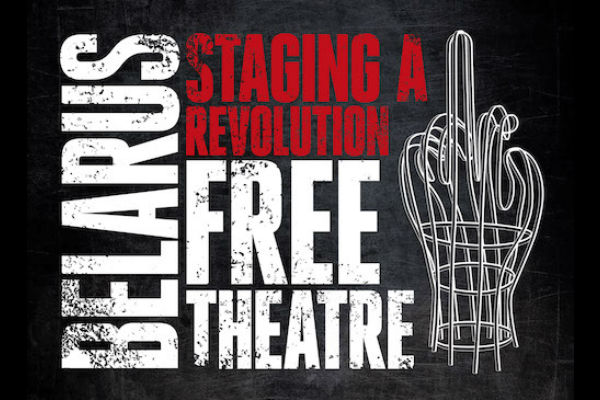 Belarus Free Theatre (BFT), the underground theatre group routinely censored and persecuted in its state-controlled homeland, is celebrating its tenth birthday this month.

Now, thanks to international support and crowd-funding, headquartered in London, BFT continues to promote freedom of speech and artistic expression, focusing on subjects of social justice and human rights violations across the globe.

To celebrate the tenth birthday, Belarus Free Theatre is now staging a two-week festival of work, entitled Staging a Revolution. And to coincide with the season, the company has also curated an anthology of 34 short essays on the concept of freedom. 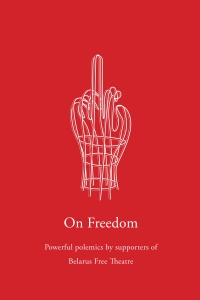 The resulting “little red book”, On Freedom – which has a cover designed by Chinese artist and political activist Ai WeiWei (whose current exhibition at the Royal Academy is excellent, by the by) and a foreword by Tom Stoppard – comprises contributions from artists, directors, writers, activists and politicians, including several members of and collaborators with the company. They include: actor Michael Sheen, Liberty director Shami Chakrabarti, fashion designer Vivienne Westwood, Arts Council chair Peter Bazalgette, and directors Michael Attenborough, Dominic Dromgoole and David Lan.

Below, I’ve gathered together some of my favourite quotes from a selection of these thought-provoking essays. Scroll down for more information too on Staging a Revolution.

On Freedom is published by Oberon Books, priced £10.

1. “However many times you look in the dictionary to find the meaning of the word ‘freedom’, it won’t bring you any closer to actually understanding what it means.”

2. “Since the publication of The Satanic Verses 27 years ago, the trend towards censorship has become an established and much repeated response to speech that offends. The emergence of the idea that avoiding offence may be more important than defending the right to free speech has dangerously undermined our protection of freedom of expression.”

3. “We need to acknowledge that not everyone lives neat tidy lives and that the outsider is as important as the conformist in any vision of a civilized world.”

– Topher Campbell is a writer, archivist, filmmaker and theatre director, who came into contact with the work of Belarus Free Theatre at a House of Commons human rights event

4. “When public money is invested in media and the arts it should demand greater risks than commercial money would. Today’s outrage is tomorrow’s mainstream. Freedom within liberal laws…drink it in: ‘You don’t know what you’ve got till it’s gone.’” 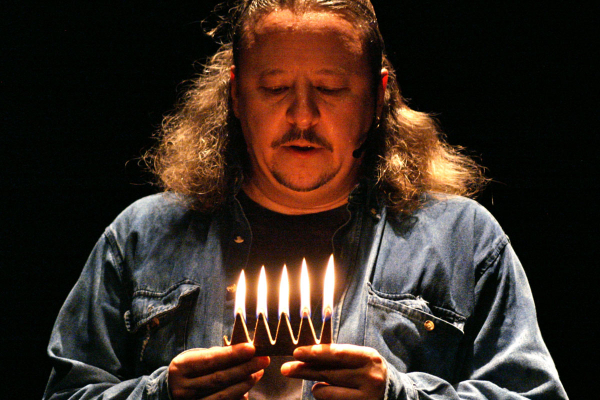 5. “With genuine equality, we have little fear of lost liberty, as everyone must protect your liberty to enjoy the same right.”

6. “We must keep fighting for freedom. There are many ways to do it: be responsible; be conscious; fight your deepest fears. Don’t be a bystander, fighting means action!”

– Pavel Radak-Haradnitski joined Belarus Free Theatre in 2005. He is unable to apply for jobs in Belarus because of his association with the company and has been detained for his activities

7. “Freedom is the possibility to act or make decisions according to one’s beliefs of what is important, valuable and necessary. Freedom is not satisfying somebody else’s expectations. I don’t know how to achieve it. I’m on the way.”

8. “Total freedom is paralysis. Once we make a choice and commit ourselves to something, we are less free; but, crucially, we have EXERCISED our freedom.” 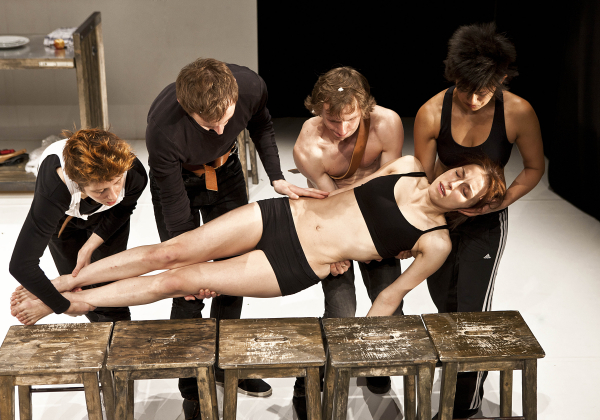 9. “I don’t know what freedom is; yet I certainly know what lack of it means. Non-freedom is fear. Fear to accept yourself, fear not to be accepted by others (and I’m not certain which fear is greater). According to this you get the fear to touch whom you desire, fear to say what you think, fear to do what you want. Fear that paralyses you, enters your dreams and eats your soul.”

10. “There are many inhibitions placed in front of being free in the theatre, some by others and some by ourselves. It is our privilege and our right and our duty, to burst through those and to say in the face of the many who will always say ‘why?’, a resounding and free ‘why not?’”

11. “Without freedom everything changes to some extent, yet at the same time nothing changes at all. Freedom is something that each individual can obtain only by himself and then he has to decide what to do with it.”

12. “The most widely sought freedom is freedom from doubt, which is why such huge numbers have accepted obedience to an authority that tells them what to believe.”

– Theodore Zeldin’s books include A History of French Passions, An Intimate History of Humanity and The Hidden Pleasures of Life

13. “It is up to you to use your freedom to fight for something better than this. The cavalry are not coming; there is no rescuing knight. Only you. Now. Being alive before you die. Only you.”

– Jamie Kelsey-Fry is a UK teacher, writer and activist

Staging a revolution in London

During the two-week Staging a Revolution festival, Belarus Free Theatre presents a programme of some of the company’s most acclaimed original productions, reinvigorated classics and the world premiere of its brand-new work, Time of Women.

Following each performance, a curated panel of experts – including artists, campaigners, journalists and activists – discuss an area related to each taboo topic and generate fresh ideas around taking up action. It is an approach drawn directly from Belarus Free Theatre’s work in Minsk, where the space for free exchange of ideas and open debate is as valuable as the space in which to see independent theatre.

Staging a Revolution continues until 14 November 2015. During the first week to 8 November, performances take place at undisclosed locations around the city of London. For the second week (9-14 November), the company returns “home” to the Young Vic theatre. All performances and discussions are also live-streamed care of the Ministry of Counterculture.

For the full Staging a Revolution programme, visit www.belarusfreetheatre.com.