10 unmissable Mommas … that I nonetheless missed. How many have you seen?

Home-10 unmissable Mommas … that I nonetheless missed. How many have you seen?

10 unmissable Mommas … that I nonetheless missed. How many have you seen?

Yes, my not-so-guilty confession is this: I’ve never seen Gypsy before…

I say that without much guilt because, incredibly, Jonathan Kent‘s current critically acclaimed Chichester Festival staging of Gypsy is only the second time the Broadway classic has had a major London production – and the last one was more than 40 years ago, starring Angela Lansbury at the Piccadilly Theatre. Lansbury, by the way, nabbed the role from Broadway’s Elaine Stritch, who was originally cast but didn’t drive enough ticket sales for Londoners (silly 1970s Londoners!). Last week, Lansbury was back (days after collecting her first Olivier, for Blithe Spirit) to applaud Staunton on her opening night.

In preparing this piece, as much as I love Staunton’s performance, I can’t help but mourn the Mommas I’ve missed. Since 1959 when Ethel Merman originated the role of the ultimate stage mother on Broadway, there have been five major Broadway productions, earning no fewer than three of their leading ladies Tony Awards for Best Actress in a Musical: Lansbury, Tyne Daly and, most recently, Patti Lupone.

Why does London lag so far behind in Gypsy revivals? One London critic, Variety‘s Matt Trueman, reckons it’s because, until Staunton, we haven’t had a “Momma Rose to match” the show.

What do you think? Give me a shout if you’ve seen any of the other Mommas or would dream-cast someone else in the role? In the meantime, don’t miss the “once-in-a-lifetime opportunity” to see the “mother of all Broadway musicals” starring Imelda Staunton, giving one of “the best musical theatre performances ever”.

(Match the quote to the review in my Gypsy Press Pass piece!)

Gypsy trivia: Did you know…? 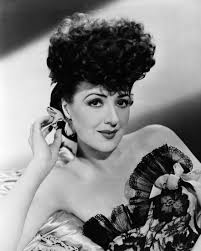 Gypsy is booking until 28 November 2015 at the West End’s Savoy Theatre.