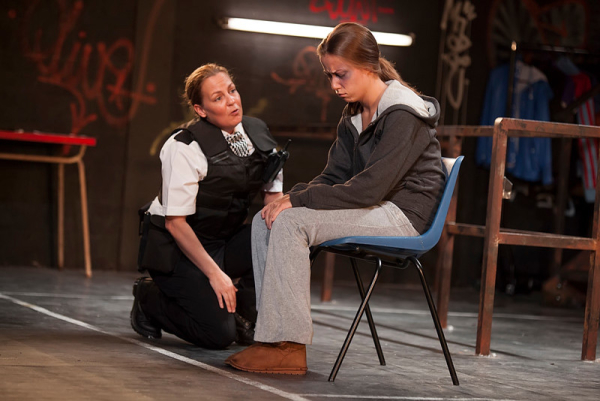 Lorraine Stanley and Tara Hodge in Wildefire at Hampstead Theatre

A note in the programme for Wildefire, Roy Williams’ new play about the perils of modern-day policing at Hampstead Theatre, deftly summarises the public relations problem that the police force faces today. Titled “A Policeman’s Lot Is Not a Happy Note”, the piece is written by Brian Paddick, former Deputy Assistant Commission of The Met and one-time mayoral candidate, a man who spent 30 years ‘on duty’, or as his former colleagues would say, ‘in the job’.

In their jobs, police officers have to face “some of the most difficult, dangerous and emotionally charged” situations the rest of could ever imagine, says Paddick. And yet, while we want the police to be “like us”, we expect them to demonstrate super-human poise and control in such situations, not like we most probably would at all.

He concludes: “Society wants its police officer to be just like them and at the same time to be so unlike them when it comes to professionalism and self-control. It wants them to crack down on drug abuse except when it’s them who are the drug takers. No wonder some police officers feel like it’s ‘us against the world’, that no one understands and that no one is going to defend them except themselves.

“A siege mentality and a culture of cover-up does the police a great disservice, but a public that fails to understand the demands and pressures that rank-and-file police officers are under and fails to cut them a bit of slack is equally destructive.” 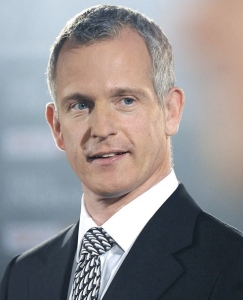 “A siege mentality and a culture of cover-up does the police a great disservice, but a public that fails to understand the demands and pressures that rank-and-file police officers are under and fails to cut them a bit of slack is equally destructive.”

As a young black man growing up in London in the 1980s, Wildefire author Roy Williams himself subscribed to the “bad PR” version of the police. “I felt they were nothing but Thatcher’s soldiers, who hated the miners and black people.”

His views have mellowed with age, and particularly as he researched and spoke to myriad constables, whose real-life stories have inspired all the action in the play, his sympathies have grown.

“I do sometimes lose patience with them, especially in their handling of cases such as Stephen Lawrence, Plebgate and the riots from 2011. But they are essential. On a daily basis, these officers face the worse of human nature. That has to take its tool on them. Their job is incredibly hard and demanding. I have come out with a lot more compassion and empathy for them.”

Roy has also gleaned some advice for the rest of us, on the things we citizens should avoid saying in any potential encounters of our own with the police. In the play, this “top ten” list is part of funny and subsequently terrifying exchange between PC Spence (Ricky Champ) and the titular PC Wilde (Lorraine Stanley), in which they recount the insults and/or dumb remarks that they most frequently receive from the public. I won’t spoil it by telling you what happens (see the play!), but here’s a quick run-down of the tips themselves… 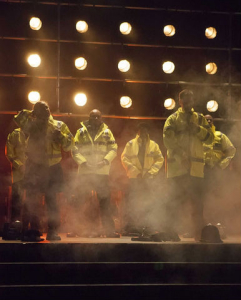 The cast of Wildefire at Hampstead Theatre

10 things you should never say to a copper