Home-Press Pass: Everything you need to know about Murder Ballad 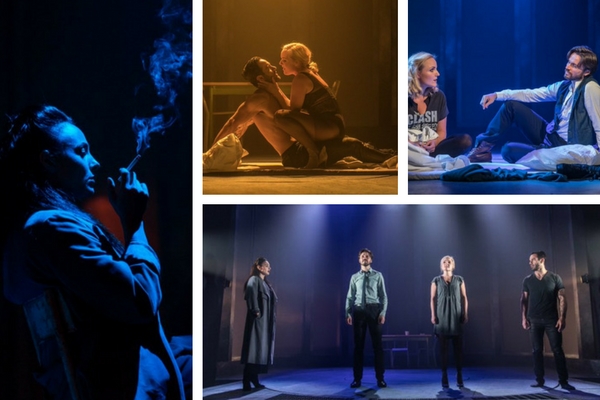 As a vehicle for the combined – and considerable talents – of Kerry Ellis, Ramin Karimloo, Victoria Hamilton-Barritt and Norman Bowman, Murder Ballad is made to order.

In this sung-through rock musical, Hamilton-Barritt plays the jaded narrator (and some key ancillary characters) to the story of Ellis’ New Yorker Sara caught between her muscly and menacing ex-boyfriend (Karimloo) and her dependable husband and father of her child (Bowman). Why are some women always drawn to the bad boys? Well, if they all had physiques like Karimloo does here… and, wow, the sex scenes are seriously hot. Crimes of passion indeed.

There are some lovely songs (Juliana Nash) – I particularly liked “Little by Little” and the gentle “Promises” – and they are delivered with gusto by these four West End superstars.

From the beginning, as the title promises, we know that someone is going to die, but Julia Jordan‘s book keeps us guessing until the end the exact identities of both victim and perpetrator as well as the method. The rock band – onstage throughout the action – are fantastic too and rightly come to join the actors for a killer curtain call encore.

The UK premiere production of Murder Ballad, directed by Sam Yates and moodily lit by David Plater, is clearly a hit with audiences. It was a full house on the night I attended, and extended booking long before the first performance. I’ve rounded up what critics have said below and other recent features, plus be sure to enter the #StageFaves competition to win Murder Ballad tickets and a chance to meet Kerry Ellis after the show.

Murder Ballad continues at the Arts Theatre until 3 December 2016. 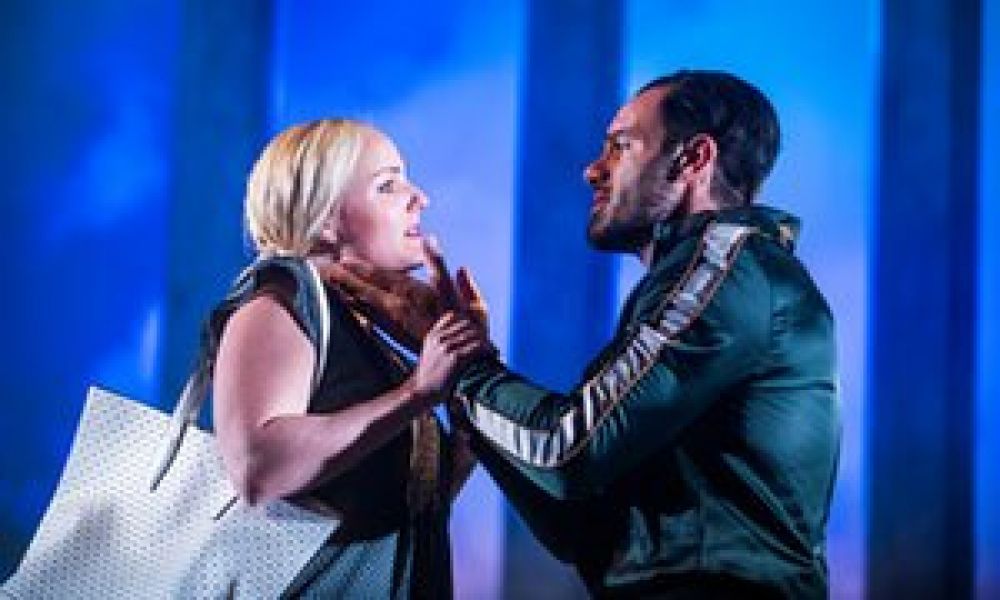 GUARDIAN – ★★★
Lyn Gardner: Julia Jordan and Juliana Nash’s clever chamber rock musical has plenty of sharp wit and the driving force of a noir thriller. Sam Yates’s staging boasts a quartet of spot-on performances. Although the characters are not particularly interesting and the show is full of cliche, there is much to hold the attention. 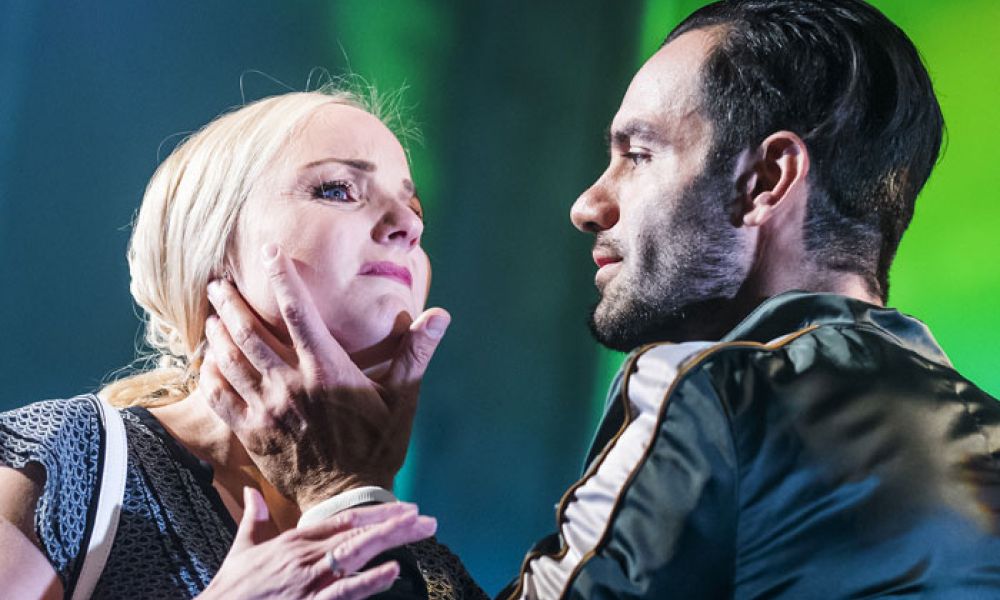 THE STAGE – ★★★
Mark Shenton: Murder Ballad is a pumped-up new American rock opera…and features an original score. Julia Jordan and Juliana Nash’s score pulses and throbs with desire and passion, the staging is physically explicit but on an elevated stage at the Arts, it feels distant 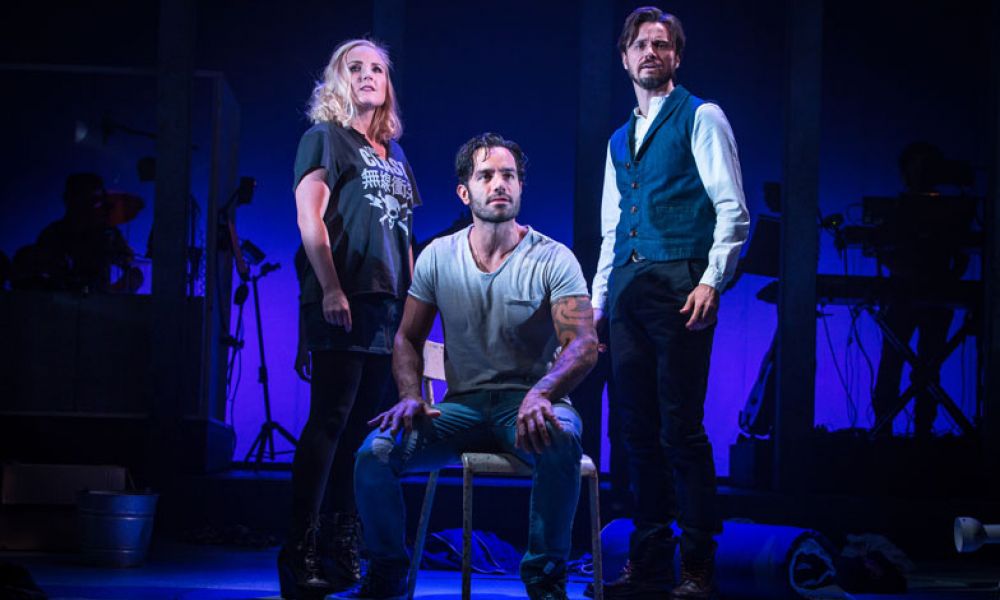 GAY TIMES – ★★★★
William J Connelly: From the continuing 90-minute sung-through device or the killer intentions, quite literally of this cast, there’s so much to enjoy. A storyline and score that’s catchy and surprisingly fun, Murder Ballad is a killer creation that’s sure to leave London audiences thankful this life isn’t their own. 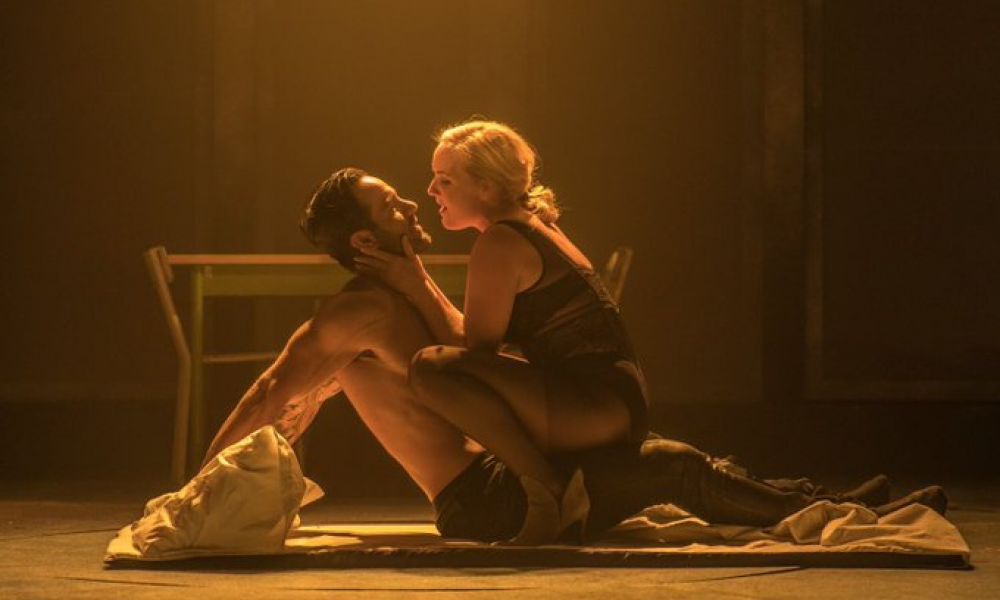 BROADWAY WORLD – ★★★★
Debbie Gilpin: Murder Ballad is the best original rock musical London has seen in a long while. A modern take on the age-old story of love and temptation. A classic storyline coupled with a catchy soundtrack makes for a killer combination; it’ll keep you guessing until the final scene. 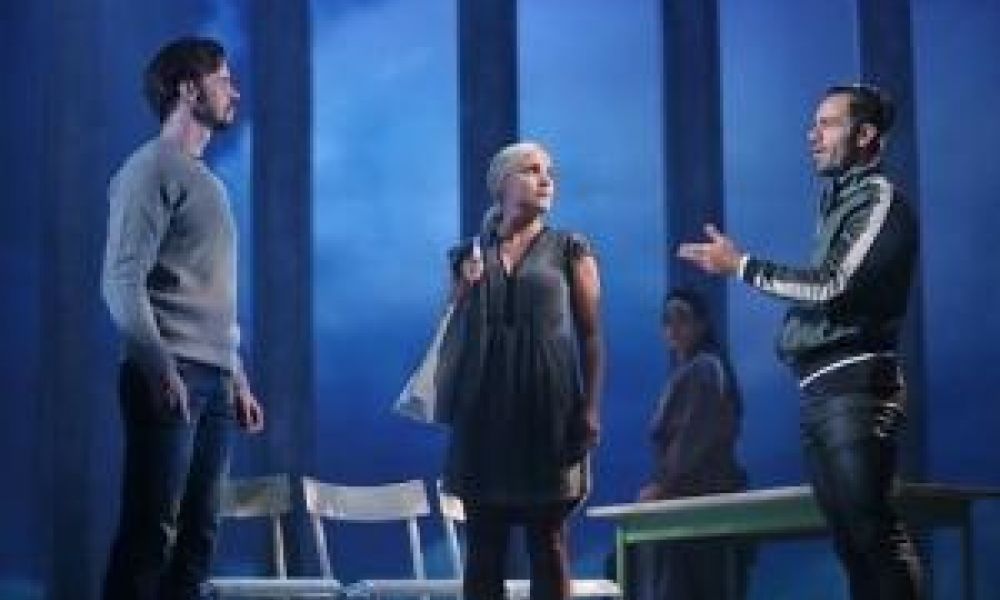 Mark Shenton: I wish I could call Murder Ballad a killer of a show — it would look good on the posters – but neither is it a show I have to bury a knife in, either. It’s a bold, though not exactly brilliant, chamber rock musical… That’s no fault of a rocking cast, in every sense, that comprises four of our brightest leading players. No one belts quite like Ramin Karimloo or Kerry Ellis, and both look good in their underwear, too. 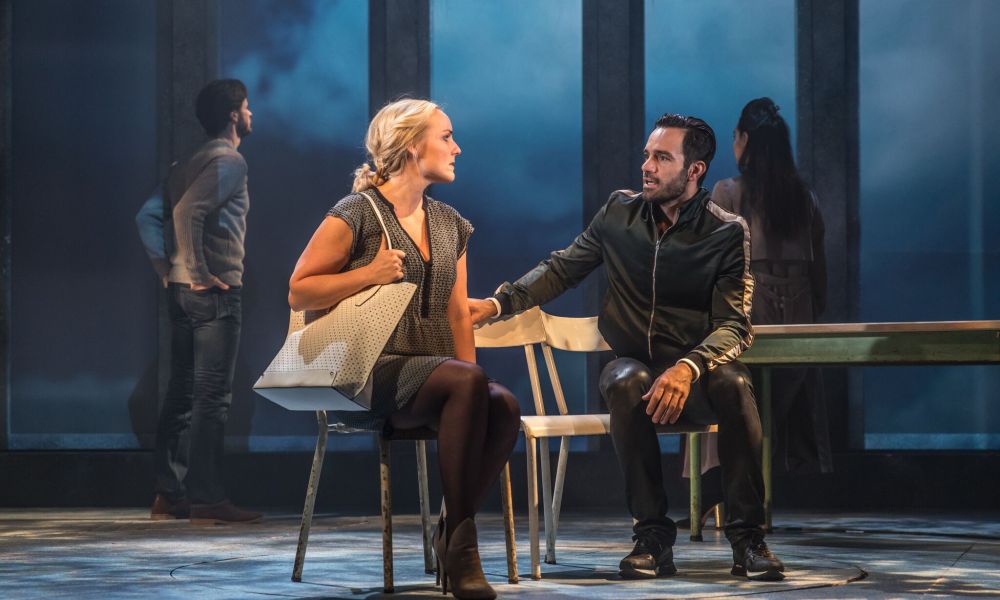 RADIO TIMES – ★★★
Tony Peters: Kerry Ellis captures all the angst and agony of a woman in emotional turmoil and Ramin Karimloo manages to be both tough and tender as Tom. But for me it was Victoria Hamilton-Barritt who was the compelling presence, perfectly capturing the mood of Jordan’s witty and acerbic lyrics with delightful smokey vocals. 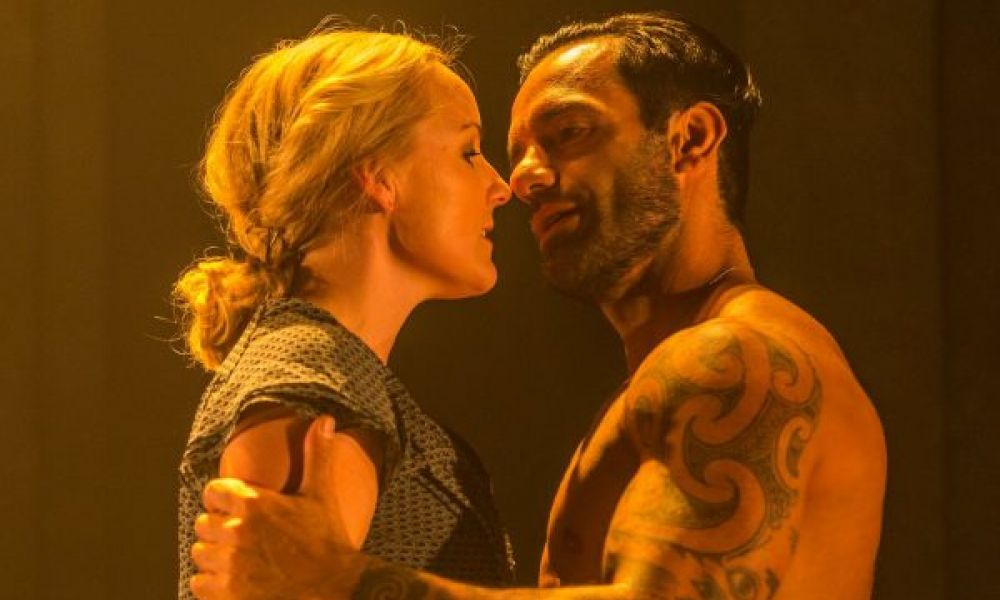 MY THEATRE MATES > Jonathan Baz – ★★★★
Jonathan Baz: The work [is] a heavily rock based score full of exciting guitar riffs, punctuated by a pulsating percussive undertone. Sam Yates directs intelligently with a clever use of simple revolves and ingenious projections to transport us through time and place. Shows this sassy don’t come along that often. 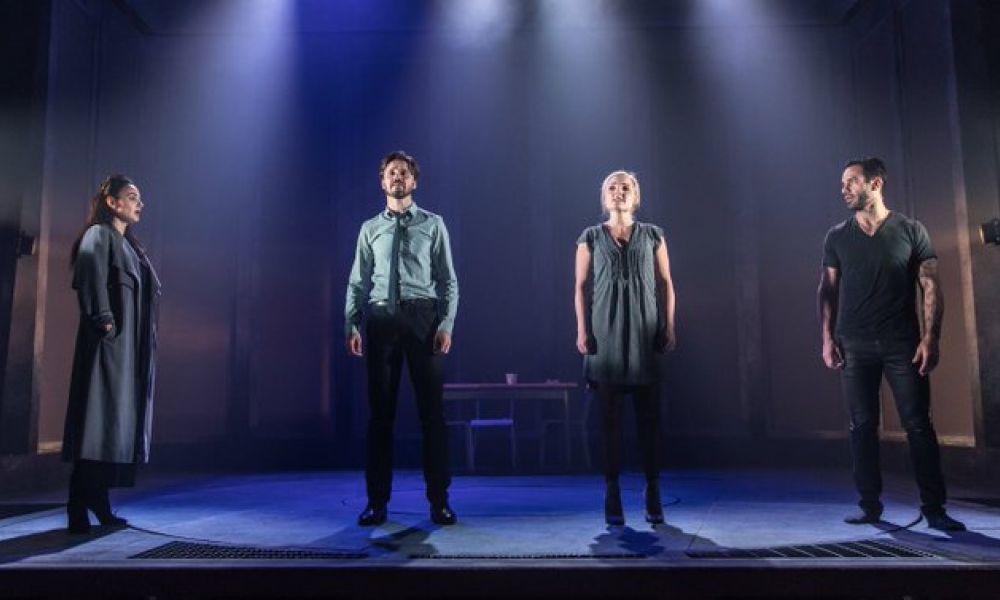 OUGHT TO BE CLOWNS – ★★★
Ian Foster: Director Sam Yates knows exactly what he is doing. Juliana Nash’s music has an authentic rock feel to it but Julia Jordan’s book has bigger weaknesses. A bit of a mixed bag, but it’s good to see contemporary musical theatre stretching itself and to see the glee with which Ellis and Karimloo attack these songs. 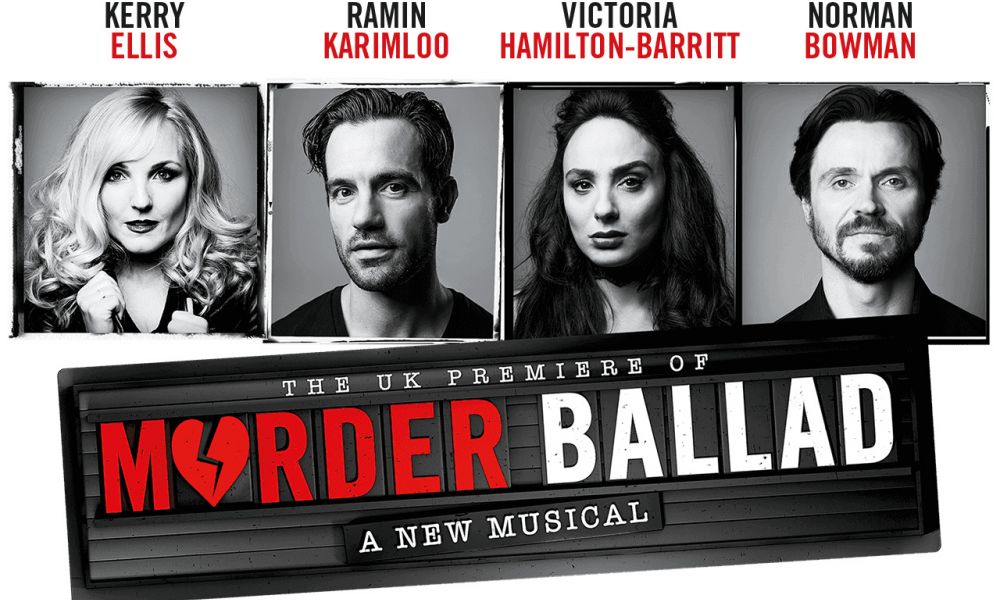 Press night report: Murder Ballad
What’s it all about? New Yorker Sara, played by former Wicked and We Will Rock You star Kerry Ellis, is caught in a love triangle. Torn between her free-spirited past Downtown and her new… 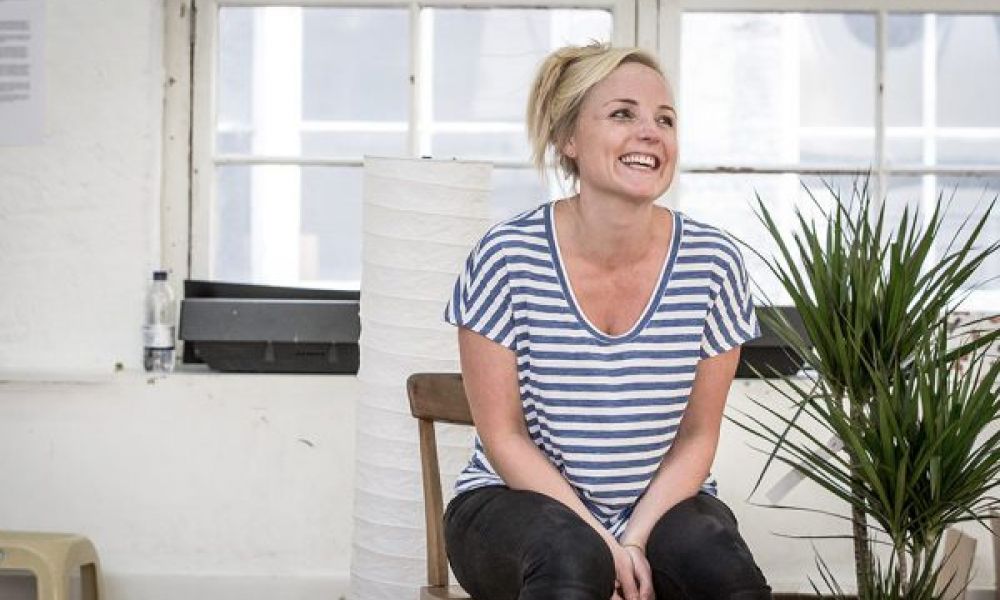 Interview: Kerry Ellis & Norman Bowman
Murder Ballad has got a bit of rock music in, a bit of country, a bit of musical theatre. It is completely sung through, it deals with real people’s situations and, obviously, there’s a…