Press pass: All the news, interviews, opinions (and booking) for Kenneth Branagh season

Press pass: All the news, interviews, opinions (and booking) for Kenneth Branagh season

Just days after Kevin Spacey gave his (literal) swansong when accepting his Special Award at the Oliviers, our own homegrown Hollywood star has announced his plans to take over a West End theatre as actor-manager. 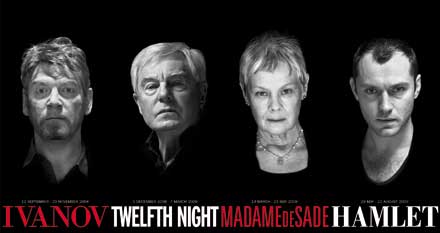 As you will have noticed from the avalanche of coverage and quickening social media frenzy, Kenneth Branagh is back. Though his name has been on the wish-list every single time a flagship artistic directorship has become available, unlike Spacey, Branagh has opted against tying himself down indefinitely.

Instead, he’s committed to one year – but a year in which he’ll be very busy and very very prominent. The Kenneth Branagh Theatre Company’s residency of “Plays at the Garrick”, will see him star in four plays – The Winter’s Tale with Judi Dench, Rattigan’s Harlequinade, The Painkiller with Rob Brydon and Osborne’s The Entertainer – and direct the fifth – a second Shakespeare, Romeo and Juliet, starring the pair he directed onscreen in Disney blockbuster Cinderella, Richard Madden and Downton Abbey star Lily James.

Branagh has said he’s been yearning for such a “creative home” for some time. I imagine he picked up a lot of ideas and momentum from his part in Michael Grandage’s Donmar West End season at Wyndham’s Theatre, which he kicked off by starring in an award-winning Ivanov. He’d been due to return at the end of that residency in 2009 to direct Jude Law in Hamlet, but had to pull out due to Hollywood directing commitments (Thor, I think it was), with Grandage taking over. 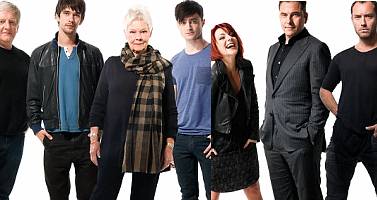 Of course, Michael Grandage, after leaving the Donmar, replicated the exercise himself two years ago with another year’s West End residency care of the specially formed Michael Grandage Company, a season of – wait for it – five plays which also featured Judi Dench and, again, two Shakespeares. Other Grandage-esque echoes in Plays at the Garrick include the presence of two frequent Grandage collaborators as artistic associates: director Rob Ashford and designer (and Grandage’s life partner) Christopher Oram. Unlike Branagh, however, Grandage, who himself started out as an actor, did not appear in any of the plays.

In recent years, other directors have had success with artistically programmed West End seasons: Jamie Lloyd continues to shake things up with his ongoing Trafalgar Transformed, the Theatre Royal Haymarket had more mixed success with seasons under Jonathan Kent and Sean Holmes, and we may hear soon from Nicks Hytner and Starr as they cross the Thames from their tenures at the National Theatre.

But whatever anyone else does, Branagh is something special. Our generation’s Laurence Olivier. God love him.

Below I’ve collected coverage from the national press on today’s announcement. It’s always fascinating to read the different takes on a big news announcements.

I also have to point you to some of my favourite quotes made by Branagh, and one from Dench, from these articles. But first, my absolutely favourite opener, from The Times‘ arts correspondent Jack Malvern:

“Short of growing a moustache and wearing a cravat, Kenneth Branagh could scarcely do more to emulate Laurence Olivier. The actor, who has directed himself in reprises of several of Olivier’s best-known roles and portrayed him in an Oscar-nominated performance in My Week with Marilyn, has announced that he too will become an actor-manager at a London theatre.

“In case the comparison might escape some commentators, one of the five shows in his first season will be The Entertainer, a drama written for Olivier by John Osborne. Like his hero, Branagh will take the title role of Archie Rice, a failing music-hall entertainer.”

“I don’t feel in a kind of race or competition with him or anybody else, because that kind of reactive thing isn’t good, or isn’t useful for natural creative instincts” – Kenneth Branagh on Olivier (in The Times)

“I wanted to have a place and a space, and a building, in which to create a season of work… I am here because the idea of a theatrical home is very appealing to me” – Kenneth Branagh (on the BBC)

“It’s thrilling! I’m very excited… I love him. It’s a hackneyed phrase, isn’t it, but I do” – Judi Dench (in the Daily Mail)

The full “Plays at the Garrick” season

Here’s Kenneth Branagh telling theatregoers directly what he’s got in store for them at the Garrick, from October 2015 to November 2016. Tickets are on sale now at www.branaghtheatre.com.

Shakespeareʼs timeless tragicomedy of obsession and redemption is reimagined in a new production co-directed by Rob Ashford and Kenneth Branagh, following their triumphant staging of Macbeth in Manchester and Manhattan. Judi Dench will play Paulina, Branagh will play Leontes.

In this rarely seen comic gem, a classical theatre company attempts to produce The Winter’s Tale and Romeo and Juliet, while the intrigues and dalliances of the company members are accidentally revealed with increasingly chaotic and hysterical consequences… The behind-the-scenes world takes centre stage in Terence Rattiganʼs affectionate celebration of the lunatic art of putting on a play. Kenneth Branagh will perform and co-direct with Rob Ashford.

Two men. Two lonely hotel rooms. An adjoining door…  One of them is a killer… one of them wants to die… What could possibly go wrong?  Sean Foley directs his darkly hilarious adaptation of Francis Veberʼs classic French farce as Kenneth Branagh and Rob Brydon reprise the roles they played to great acclaim at Belfast’s Lyric Theatre in this comic tour-de-force.

Reuniting the stars of his celebrated film of Cinderella, Kenneth Branagh directs Richard Madden and Lily James, who play the leads in Shakespeareʼs heartbreaking tale of forbidden love.

Set against the backdrop of post-war Britain, John Osborneʼs modern classic conjures the seedy glamour of the old music halls for an explosive examination of public masks and private torment. Rob Ashford directs Kenneth Branagh as the unforgettable Archie Rice.

What the papers say

Short of growing a moustache and wearing a cravat, Kenneth Branagh could scarcely do more to emulate Laurence Olivier. The actor, who has directed himself in reprises of several of… 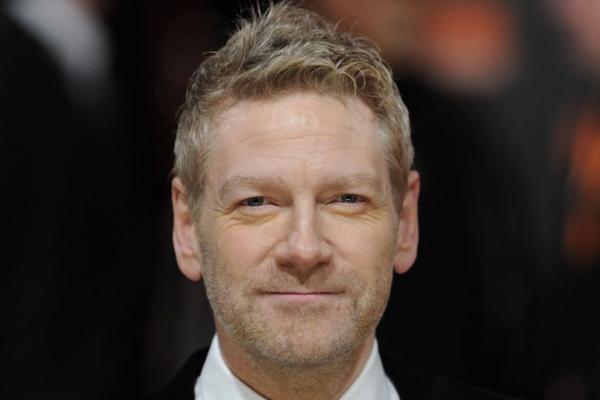 The move has more than a hint of the grand tradition of actor-managers, dating back to the 17th century, widespread by the 19th and made famous by the likes of David Garrick. Lily James,…
telegraph.co.uk 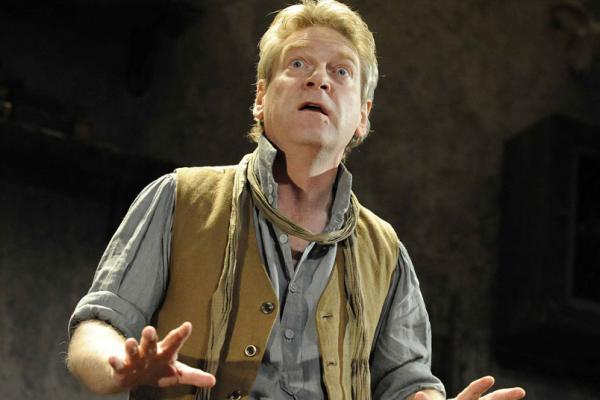 TELEGRAPH – OPINION: Branagh’s Return to the West End is the Stuff of Fairytales

It’s the stuff of fairytales: Kenneth Branagh’s coming back. A generation ago, a 27-year-old stage-actor who had become so swiftly famous he was already widely known simply as “Ken”…
telegraph.co.uk

Branagh has cast Judi Drench, Rob Brydon and Lily James in a season of plays. Branagh wanted “to have a creative home where you could do a programme of a programme of work rather than just one-offs”. 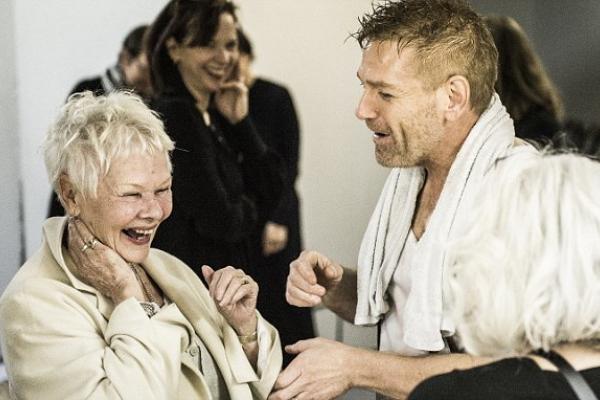 DAILY MAIL: Branagh’s Going Back to His First Love

With every Hollywood studio eager for Kenneth Branagh to make another blockbuster film following the success of Disney’s Cinderella, the star has turned actor-manager to devote 12 months to the stage. 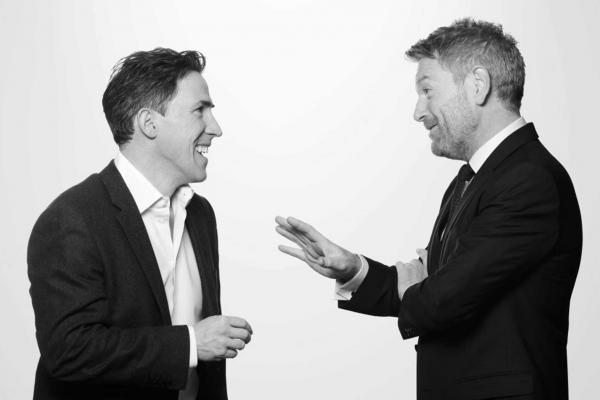 INDEPENDENT: Kenneth Branagh Says ‘My Bones are in the Theatre’

This is why he says his agents are a little upset that he is to return to the West End for the first time in seven years as both director and star in a year-long residency at the Garrick Theatre. 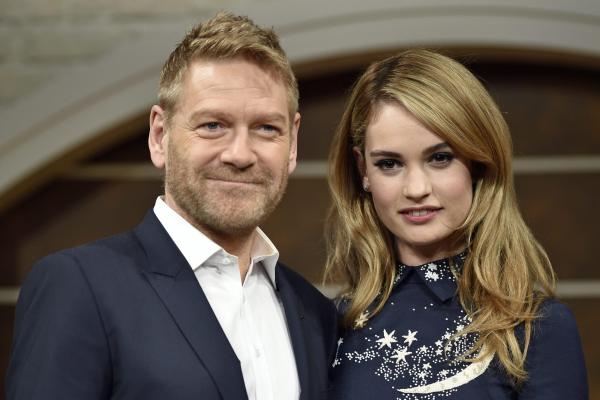 Kenneth Branagh is to make a dramatic return to the London stage by spending a year in the West End putting on a season of plays with his own company. The run will include him directing and acting. 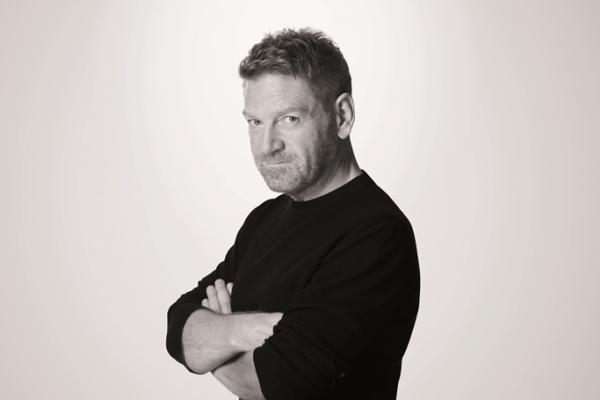 Kenneth Branagh has formed a theatre company that will stage a year-long season of plays at the Garrick Theatre. The Kenneth Branagh Theatre Company will cast the eponymous actor in three plays. 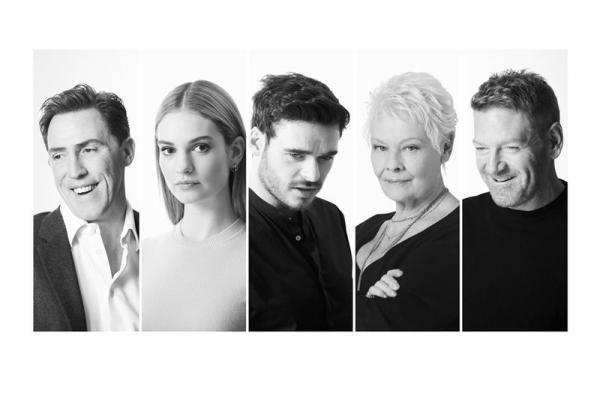 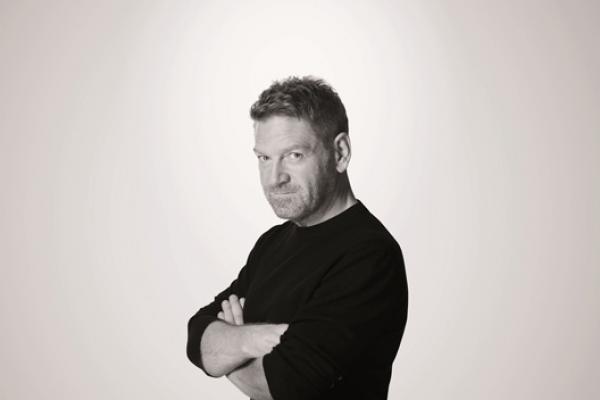 TIME OUT: Kenneth Branagh’s Back Back Back in the West End

It’s been seven years since Branagh last graced the London stage, having spent the intervening years directing in Hollywood. But today Branagh is back with a vengeance.