Interview: Giving a big voice to Little Voice and the Manchester fringe

Home-Interview: Giving a big voice to Little Voice and the Manchester fringe

Interview: Giving a big voice to Little Voice and the Manchester fringe 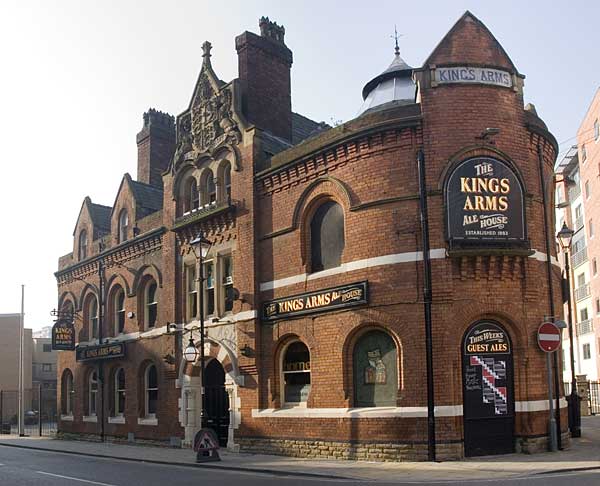 Reporting from Manchester, my guest contributor Glenn Meads recently met up with director-producer James Baker, who is making waves at The Kings Arms in Salford. Londoners, take note. Great theatre happens elsewhere too… 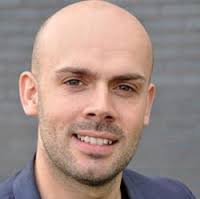 Artistic director James Baker has been fundamental in developing The Kings Arms Theatre into a thriving fringe venue in the heart of Greater Manchester. He has a keen interest in developing ambitious and innovative, high quality work and enjoys nurturing local theatre companies to develop their craft and to advance in their careers.

After graduating from UCLan in 2004 with a BA (Hons) in English and Theatre Studies, James trained at East 15 in Theatre Direction alongside peers like Alex Clifton (artistic director of ChesterPerforms and Head of Acting at RADA) and Olivier Award-winning OperaUpClose founder Robin Norton-Hale.

As a qualified lecturer, James has worked at Blackpool and Fylde University and the Arden School of Theatre on the musical theatre and acting programmes.

What made you want to stage The Rise and Fall of Little Voice?

Fringe theatre is saturated with new writing. Whilst this is excellent for the development of theatre, new titles notoriously don’t attract wider audiences. As with Little Shop of Horrors, I wanted something iconic but well crafted and something with a Northern audience appeal.

With a name like Jim Cartwright and the natural parallels between the world of Little Voice, Salford and The Kings Arms, it made absolute sense. It’s also a play with music and I’m fond of a little music in theatre!

Some might argue that regional theatre itself has a ‘little voice’. How do you hope to get regulars coming back to Salford to see your shows?

I would argue that quality breeds a staple diet of audience. Looking at the data capture for audiences buying so far for Little Voice, the majority have seen one of our productions before. I think a good marketing campaign and a professional outlook to both production and process will ensure audiences attend and keep coming back.

LV is a great character, one who has no idea how talented she is. You must work with young people who feel the same. How does it feel nurturing so much young talent?

That’s the best part of the job. Discovering talent, untrained or lost in this industry, is my number one focus. I like finding hidden gems. My experience as a theatre lecturer has primarily focused on helping people achieve their dreams or discovering their talent. This never leaves you. 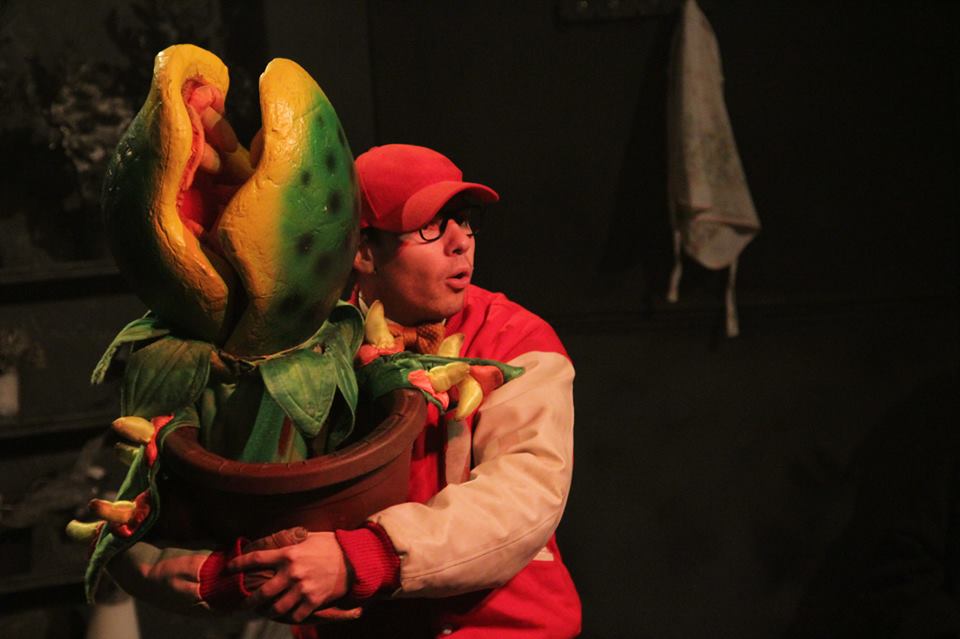 What’s your favourite song in the show and why?

I love all of the divas that Little Voice impersonates. I share that same love she and her father had for these talented and inspiring women. But, answering the question and not sitting on the fence, I would say the impression that our LV, Josie Cerise, does of Marilyn Monroe is brilliant… Which song…? You’ll have to wait until the show opens!

What would you say to tempt someone to come to The Kings Arms to see a show who had never been before?

Take a punt – after all it’s only £12… and the legacy of Assembled Junk comes with lots of industry praise and acclaim… it’s not really a risk! Support ambitious and innovative theatre!

Why do you think regional theatre is so important to the fabric of our communities?

Because it should represent them. It plays an important part in the cultural value and wealth of a community; it helps support the cultural and social landscape of a city or town.

What projects have you got coming up after this?

I’ve been approached by several producers both in the North West and London to direct work; some musicals, some plays. I have collaborative ideas with my company partner Austin and Assembled Junk, and I’m hoping to connect and engage with the work and spaces available at our local regional theatres. 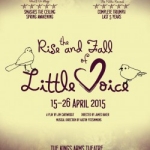 How can audiences use social media to give Little Voice a bigger voice?

Also, tell all your friends and family to book and insist they go, Facebook your thoughts and help spread the word by retweeting.

Jim Cartwright’s The Rise and Fall of Little Voice is at The Kings Arms, Salford from 15 to 26 April 2015. Tickets available at www.assembledjunk.ticketsource.co.uk.