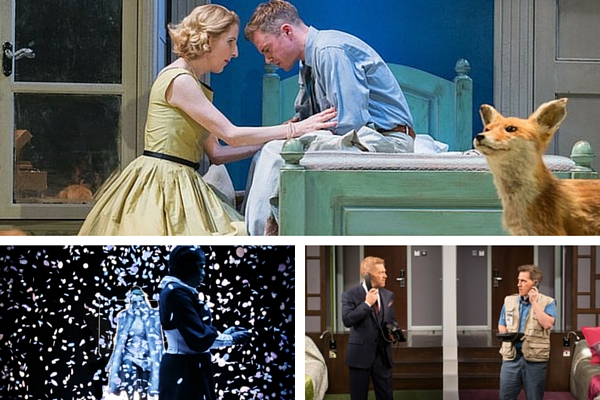 Clockwise from top: Welcome Home, Captain Fox at the Donmar, The Painkiller at the Garrick and The Maids at Trafalgar Studios

I recently wrote about super-hot French playwright Florian Zeller’s London hat trick – with The Father, The Mother and, still running at the Menier Chocolate Factory, The Truth.

As I sat down to catch up on my Theatre Diary of other plays I’ve seen recently, however, I realised London’s theatre landscape is going Gallic for far more than Zeller. In the West End alone at the moment, you can catch three heavyweight French offerings, even if you don’t realise it. All three have been given modern English-language makeovers and relocations.

At Trafalgar Studios, you probably are aware that The Maids is by Jean Genet, as it’s one of his most famous titles (Les Bonnes in the French). This version marks the UK premiere of this new version by Benedict Andrews and Andrew Upton, which resets the action in the US today. Mistress (Downton Abbey’s Laura Carmichael) is the cosseted wife of one of the 0.01% of one of the super-rich and her maids, played in Jamie Lloyd’s production by black actresses Uzo Aduba (from Netflix’s Orange is the New Black) and Zawe Ashton) – casting which inevitably raise thorny questions about not just wealth inequality but the enduring legacy of America’s past slavery.

At the Garrick Theatre, as the latest offering in the year-long Branagh Theatre season, director Sean Foley’s eight-year journey to introduce Francis Veber’s original 1969 farce Le Contrat (also made into the Jacques Brel-led 1973 French-Italian film L’Emmerdeur, which translates as “the pain in the arse”) to English audiences culminates with the West End season of The Painkiller. Foley adapted the story – now set in a London hotel – and first staged it at Belfast’s Lyric Theatre in 2011 with Kenneth Branagh and Rob Brydon, who reprise their roles here. Brydon is the titular pain who checks into the room next door to Branagh’s contract killer on a job. All key farce elements – slammed doors, dropped trousers, ooh-er-mister sexual innuendos and mistaken identities – are present and heavily accounted for. 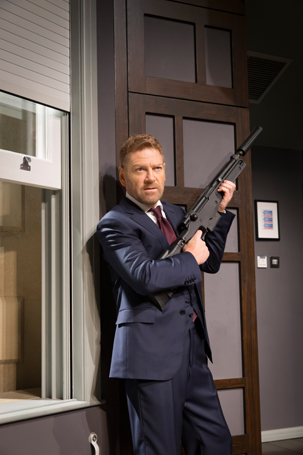 Kenneth Branagh plays an assassin in The Pain Killer

Mistaken (or not) identity, though more intriguingly and fully explored, is also at the heart of Welcome Home, Captain Fox! at the Donmar Warehouse. Anthony Weigh has created a totally captivating new take on Jean Anouilh’s little-known 1937 play Le Voyageur sans bagage (“the traveller without luggage). The luggage referred to is memory: soldier Gene (Rory Keenan) lost his during the Second World War. After years in a veterans’ hospital, he’s ‘rescued’ by a social-climbing do-gooder (hilarious Katherine Kingsley) who’s convinced he’s the Missing in Action Jack Fox, from a wealthy Hamptons clan. She brings him home to the family pile, where, despite the life of luxury on offer, as Gene learns more about the kind of man Jack Fox was, the less he wants to be him.

At the Print Room next month, there’s a second helping of Jean Genet, with the first revival in thirty years of his first play 1944’s Deathwatch (Haute surveillance), in a new translation by David Rudkin. (Opening at the National next week, there’s even – sort of – a third helping of Genet, and the most French-sounding offering, with Les Blancs (The Whites), which American Lorraine Hansberry wrote in 1970 in response to Genet’s 1959 play The Blacks: A Clown Show, or Les Negres, clownerie in French.)

Finally (or more likely not – I’m sure I’m missing others), there’s more French farce on offer with Tabard Theatre’s revival of 1907’s well-known comedy of errors (another hotel-set affair… with many affairs) A Flea in Her Ear, in a new adaptation by Sacha Bush, directed by Alex Sutton.

Here are more of my thoughts on the three recent

West End French-originated offerings, as well as a round-up of current “French on the fringe” plays.

Welcome Home, Captain Fox! (by Jean Anouilh)
Donmar Warehouse – until 16 April
This was one of my favourite evenings at the theatre in recent months. Rory Keenan looks and sounds like John F Kennedy in an ensemble cast without a single weak link. In the Fox family, there’s Sian Phillips as the imperious matriarch, Barnaby Kay as the neglected second son, and Fenella Woolgar as the lascivious sister-in-law. Throw into the mix nouveau riche houseguests, the sublimely mismatched Danny Webb with Katherine Kingsley as his younger, Mrs Malaprop of a wife, and seen-it-all servants Trevor Laird and Michelle Asante for a potent and highly intelligent satirical mix. Considering the fates that awaited so many of the Kennedys, Gene may be wise to resist the charms on offer here. Blanch McInytre directs. 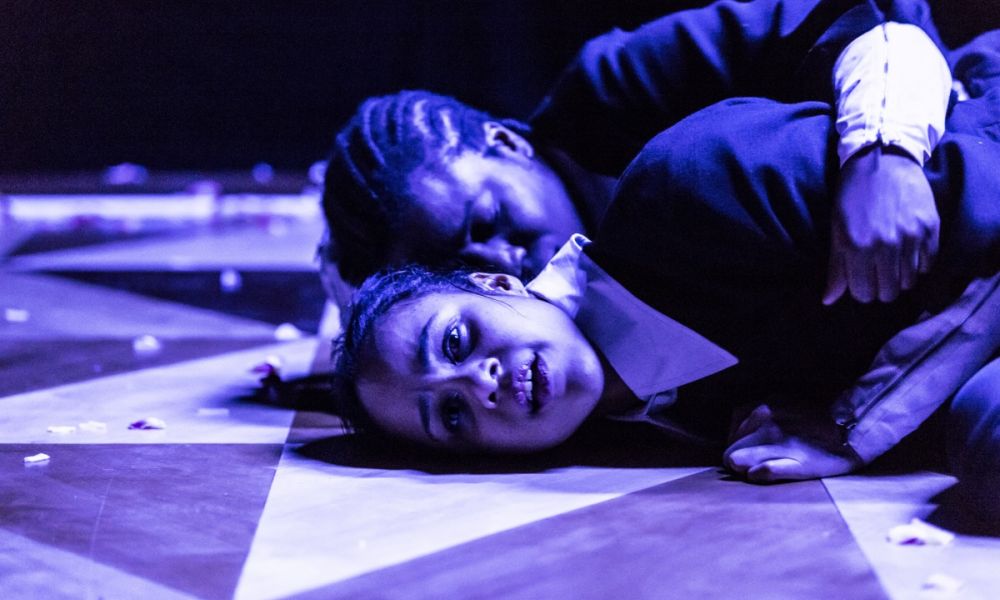 The Maids (by Jean Genet)
Trafalgar Studios 1 – until 21 May
Sinister and stylish, Jamie Lloyd’s UK premiere of Benedict Andrews and Andrew Upton’s version of this three-hander boasts three extremely hot actresses: Laura Carmichael, Uzo Aduba and Zawe Ashton. All three make their marks in a tense evening of envy, dress up, plotting and murderous intentions that touches on themes of wealth inequality, class, race and distinctly American excess and vulgarity. I couldn’t take my eyes off Ashton in particular as the more fragile of the servant sisters, quivering at turns with jealousy and impotent rage. I was also struck by Soutra Gilmour’s picture frame set and the copious showers of roses. 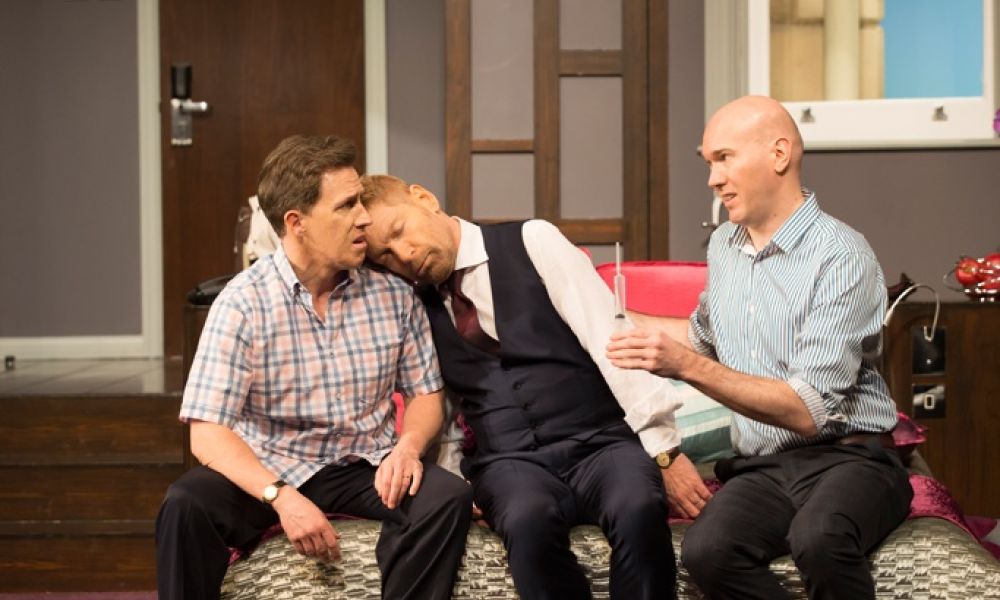 The Painkiller (by Francis Veber)
Garrick Theatre – until 28 April
If you liked Boeing-Boeing (by yet another Frenchman, Marc Camoletti) at the then-Comedy Theatre in 2007 or indeed the previous Veber offering See You Next Tuesday (Le Diner de Dons) at the then-Albery in 2003, The Painkiller may be right up your street. For me, it was occasionally painful and occasionally funny but never both at the same time.That said, Rob Brydon is always likeably gormless and I love that a serious thespian like Kenneth Branagh is willing to poke fun at himself, as he did earlier in this season in Harlequinade and continues here. A nice, comparatively under-stated turn too from Claudie Blakley. 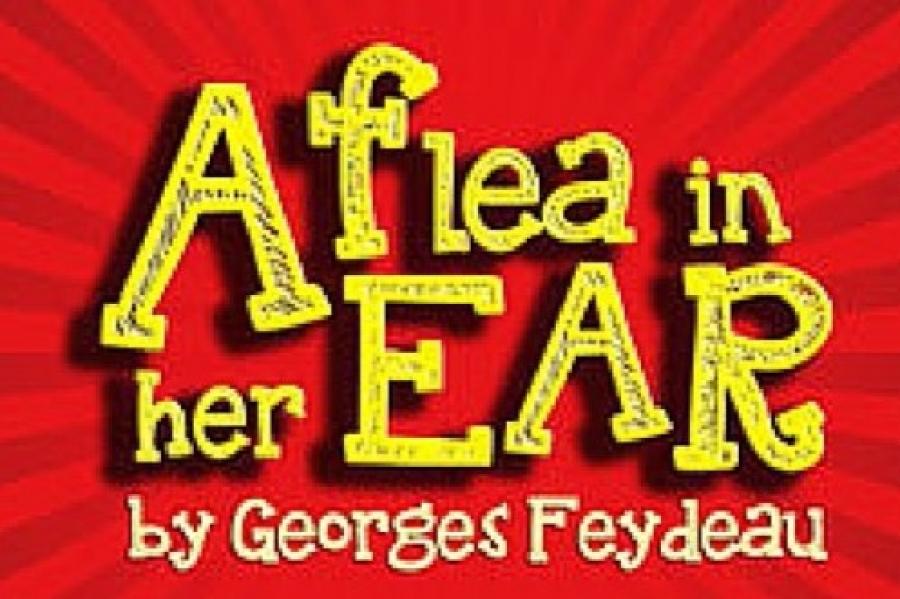 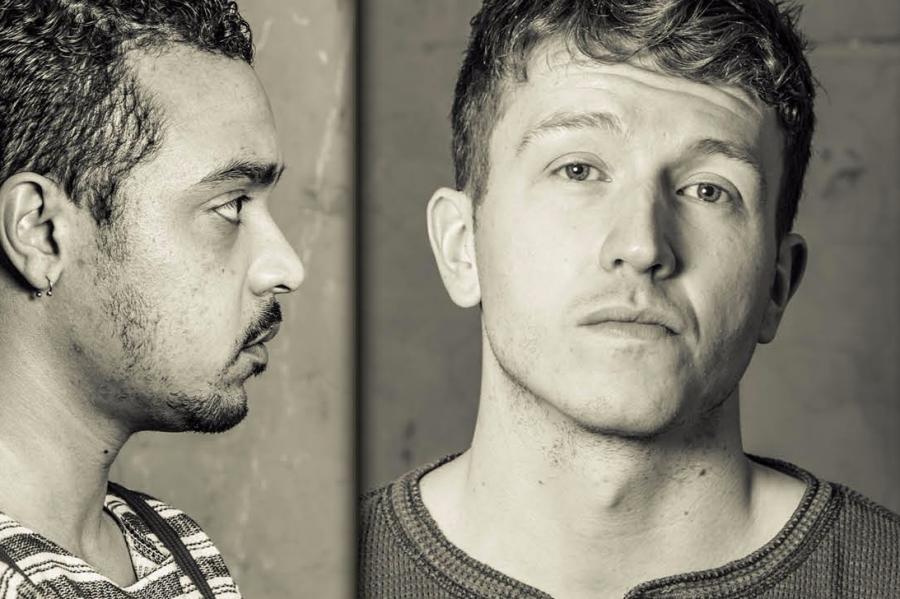 Deathwatch
(by Jean Genet)
The Print Room – 11 April-7 May
Informed by his own experience in French prisons, Genet’s first play is an exploration of the inversion of moral order. Three young convicts share a cell, two of them competing for the attention of the charismatic third, who is soon heading to the guillotine for murder.
the-print-room.org 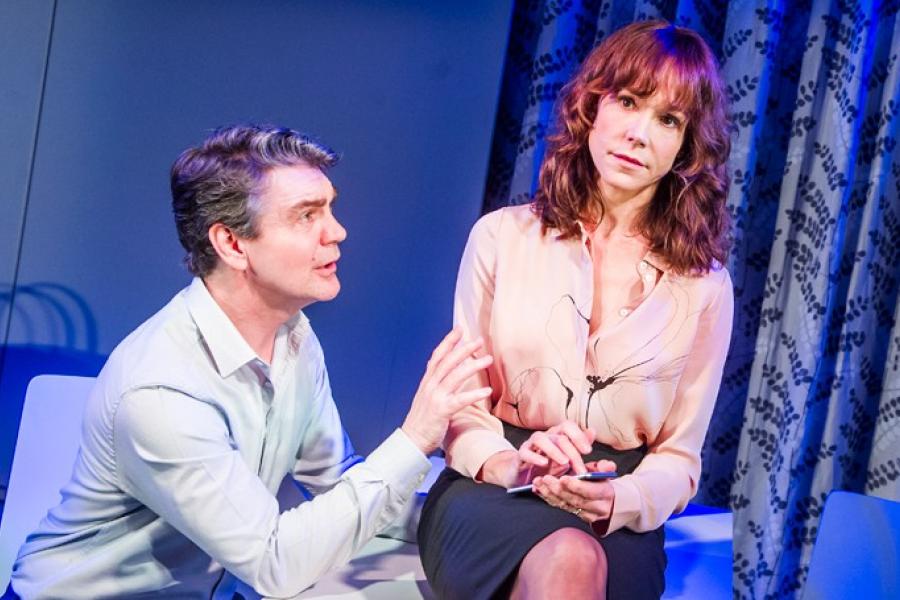