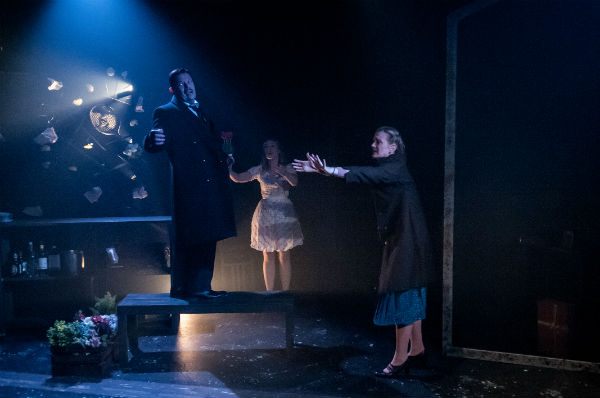 I’ve been thinking a lot about new musicals recently. That’s not meant to be a blatant plug for my new website Stage Faves. Apart from the small detail that #StageFaves’ covers revivals and long-running blockbusters too, the fact is that, by the time a musical reaches the West End, it’s unlikely to be ‘new’ new anyway, even if it’s a premiere.

It’s an oft-quoted adage (a la Sondheim) that musicals are rewritten rather than written. And that’s rewrites over a period usually of years, even decades. So, for the purposes of this blog, I’m defining ‘new’ musicals as ones still being actively re-written by their makers.

1) From Page to Stage

Earlier this month, I chaired a panel debate on this as part of the opening gala of Aria Entertainment’s annual From Page to Stage season, which showcases and helps develop musicals at these early stages. The panel included Tim Connor and Susannah Pearse, respectively the composer-lyricist and bookwriter of the season’s centerpiece, The Stationmaster. A case in point: Tim conceived and started working on the show more than five years, seizing on the idea after seeing the Almeida Theatre’s 2009 production of the Odon von Horvath play Judgment Day, from which it’s adapted.

Last Sunday, it was a distinct pleasure to be able to return to the Tristan Bates Theatre, where From Page to Stage continues until 21 November 2015, to see The Stationmaster, given a powerfully intimate, fully stage production care of director Bronagh Lagan and a professional cast led by West End veteran Nigel Richards in the title role.

The Stationmaster, with perhaps just a few more minor rewrites (see, they really don’t ever end), is ready for a further life and a bigger stage, and after this impressive showing, will hopefully get it. (Personally, I can’t imagine a more fitting transfer route for it than straight into the new King’s Cross Theatre after The Railway Children, as I tweeted on the night.)

The Stationmaster finishes at the Tristan Bates Theatre this Sunday 15 November. The From Page to Stage season continues, with additional showcases and readings, until 21 November 2015. 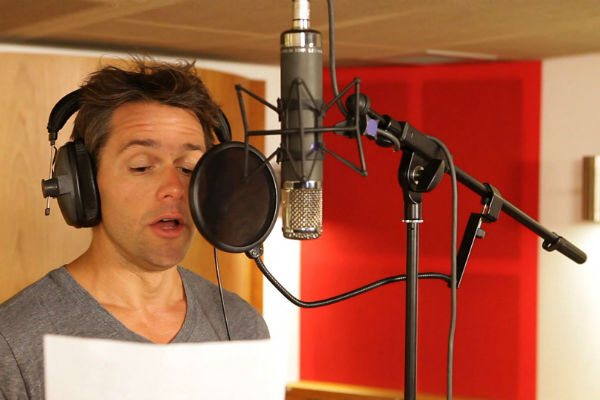 Julian Ovenden recently recorded a new musical with The Stable

In addition to From Page to Stage, there are two other new or relatively new initiatives helping to surface and celebrate new musicals that you should know about.

The first: the year-old bespoke production house The Stable, which is dedicated to commissioning, developing and producing ten new, original musicals over the next five years. The Stable has this month launched an equity-based crowd-funding campaign inviting audiences to invest in the scheme for as little as £10. (“An investment that performs – literally!”, according to the press release headline, which I like.)

The Stable is headed by industry stalwart and veteran producer Neil Marcus, who has assembled an expert team around him (and who was also a vocal audience member at my From Page to Stage debate). The Stable bumpf explains:

A musical takes a long time to develop to make sure that both the book and the score are ready, but once they are the potential rewards can be significant. The Stable’s revenue will come through box office income from world premieres, fees from licensing and royalties from transfers and touring productions, and revenue from recordings, merchandising and film rights. The Stable is an EIS company and offers the tax reliefs available under this scheme…. Investors can attend the workshops as all the musicals develop (something only an insider could be part of), and, of course, the red carpet premieres.

And that’s not all. One of the other unique perks on offer is a tailor-made song by one of The Stable’s team of writers. You’re not going to get THAT on the stock market!

The Stable has just finished a successful performance workshop of a musical adaptation of Oscar Wilde’s The Happy Prince, which has a score by opera singer Hal Cazalet and book by Michael Barry, and boasts a creative team including Maria Friedman and choreographer Drew McOnie.

Other musicals on the slate include:

The Stable crowd-funding campaign continues until 16 December 2015 on www.crowdcube.com.

The other initiative keeping my focus on new musicals isn’t exactly new but is new to me: The S&S Award, which holds an annual gala/award ceremony, that I’ll be attending for the first time this coming Sunday at London’s St James Theatre.

The S&S Award, run by Mercury Musical Developments, is given to the best unproduced musical of the year, with a prize of a week’s retreat to work on the material with a professional director, musical director and cast (more time and space for those myriad, necessary rewrites). The winning musical is then given a showcase presentation at the following year’s gala.

So, on Sunday, I’ll be seeing the ‘premiere’ of previous winner Forest Boy, as well as extracts from this year’s three finalist musicals:

I’m looking forward to it immensely and will, no doubt, feel compelled to compose a tweet or two on Sunday night…